States Ponder the ‘Right to Farm’

“There are a few that come out here and think we got to change everything so we can make it city living,” he said. “And that won’t work.”

Young, who keeps 3,600 hogs in a confinement building near Rochester Ill., battled through lawsuits before building his current facility in 2007. Some people who lived in the area didn’t care for the prospect of the odors that could come from such an operation. Construction was halted for 18 months.

“A couple years there, our house was in foreclosure about every month. I couldn’t make the house payment and keep up with everything else,” said Young, 69. “The wife took it a lot worse than I did.  She ended up in the hospital with hypertension and high blood pressure.” 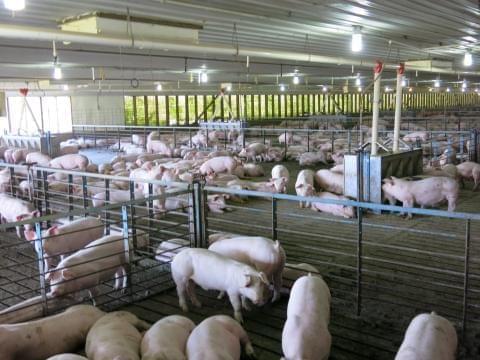 While that lawsuit was ultimately shelved, skirmishes like this are coming up with regularity across the country. And that’s got agribusiness groups moving from defense to offense. The latest tactic involves passing constitutional amendments in individual states that would secure a “right to farm”.

Last year, voters in North Dakota made farming a constitutional right. In fall 2014, Missouri voters will be asked to do the same thing. Similar efforts are on the horizon in at least two other states, including Iowa.

“We’ve notice an uptick in attacks on agriculture both culturally and politically,” said Dan Kleinsorge, who heads Missouri Farmers Care, an organization of 40 groups including the Farm Bureau and biotech company Monsanto.

Missouri Farmers Care successfully led the fight to get lawmakers to put that “right to farm” amendment on the Missouri ballot next year.

Right to Farm might seem like a strange notion, after all banks or big box stores don’t get such protections. Also, there are laws on the books in all 50 states to protect farmers from nuisance lawsuits.

But Kleinsorge said that with agriculture groups under fire from animal welfare groups, opponents to large-scale farming and those with concerns about genetically modified crops, the need is there.

The argument also has been made that because most Americans are now at least two generations removed from farm life, they don’t always realize food production has changed or that the farming way of life they knew even a short time ago is dramatically different. And that, Kleinsorge and others say, makes voters more easily swayed to regulate farming.

On the other side, the Humane Society of the United States said "right to farm" amendments could be dangerous.

“There’s this trend because industrialized ag often times supported by the Farm Bureau is really pushing to be able to not have any restrictions,” said Joe Maxwell, a vice president with the Humane Society. “They want to freewheel out there be able to do whatever they want or abuse whatever they want.”

But whether or not that would be the impact is unclear. Peverill Squire, an expert on state constitutions at the University of Missouri, said he really does not yet know what a ‘right to farm’ amendment means.

“I don’t think anybody really knows,” Squire said. “It could be essentially meaningless. That it is more a symbolic gesture than a sort of binding constitutional principal.   There’s nothing in the relatively few words that are being proposed that would give much guidance to legal authorities as they try to sort out all of this.”