Subterfuge In The City: How Illinois Helped Create The Nuclear Age

The world changed forever on December 2, 1942, but few knew it. This earthquake in science and international relations took place in an unlikely location — a former squash court at the University of Chicago. It was the work of the best scientists of the time, people who built their careers pushing the limits of physics, chemistry, biomedicine and nuclear science. Some had escaped fascist regimes of World War II Europe.

They were working for the Manhattan Project, America’s secret program to develop nuclear energy or more specifically, nuclear bombs. When most people think of the project, they think of Los Alamos, New Mexico, where the bombs were built and tested nearby in 1945 – a few weeks before they were dropped on Japan.

But before there was Los Alamos, there was Berkeley, Manhattan, Princeton, and Chicago – centers of science that built the theories behind the Project’s work. The University of Chicago became home to the Project’s so-called Metallurgical Lab, or “Met Lab.” “That was actually a code name so people wouldn’t know what was going on there,” says Richard Rhodes, author of the book, “The Making of the Atomic Bomb.” Chicago was selected largely because Arthur Holly Compton, a Nobel-prize winning physicist, worked there. “He was in a sense the scientific leader of the Manhattan Project. People confuse that with (J. Robert) Oppenheimer, because Oppenheimer was so charismatic and well-known after the war,” according to Rhodes.

Chicago was centrally located, making it easy to reach for Project scientists around the country, and “it was a major center for physics research” with staff that was already working on nuclear science, says Spencer Weart, a physicist and co-editor of “Leo Szilard: His Version of the Truth,” a book about a key player in the Met Lab.

The Lab was formed in February 1942. It had two herculean tasks: make plutonium and a self-sustaining nuclear reaction. Both were key to unleashing nuclear power, yet the science behind these goals was mostly theoretical. Their work was so cutting-edge, the scientists had to invent their tools.

Creating plutonium involved ultramicrochemistry. “They were breeding almost invisible amounts of plutonium and the technology to work with extremely small amounts of materials had really not been developed,” Rhodes says. They constructed “balances that worked by using a hair as the crosspiece” and micro tools that were “so sensitive, they had to be kept encased in glass cages, in glass boxes so the breeze in the room wouldn’t throw them off.”

Fear pushed America into the Project and surrounded it. Everyone believed the Germans were developing a bomb to use in the war and that we had to have it first. There was “unceasing apprehension that the United States might be even one day later than Hitler,” writes Stephane Groueff in his book, “Manhattan Project: The Untold Story of the Making of the Atomic Bomb.”

“Many of the Met Lab leaders were refugees, some were Jewish refugees. They felt, quite rightly, that the Nazis basically wanted to kill them,” says Weart. “I found an interesting little note in the archives of Argonne (National Laboratory, which stemmed from the Met Lab) years ago, written around 1943. It said, in effect, ‘Of course the Germans must know we’re here, so when they have an atomic bomb, the first one they’ll drop will be on Chicago.” The Project was a race against the Nazis that drove scientists to work 10 or even 20-hour days at times.

Secrecy surrounded them, too. “It was drilled into us constantly,” said *William J. Nicholson, a former Met Lab worker, in his 2018 oral history interview (manhattanprojectvoices.org/oral-histories). “There were known agents of the German government in and around the University of Chicago. We were told not to reveal anything of what you do. ‘Don’t take up with strangers. If you’re having a sandwich someplace or a beer or whatever, watch out that people who may engage you in conversation would be damaging to the war effort, that they may actually be the enemy.’”

The secrecy and fear made “every decision seem a matter of life or death,” wrote Met Lab physicist Leo Szilard in “Leo Szilard: His Version of the Facts.”

Despite these conditions – and trouble getting materials -- the Met Lab achieved its goals within a year.

The biggest came on December 2, 1942, in the former squash court underneath the University’s discarded football field. Here, Italian refugee and Nobel prize winning physicist Enrico Fermi carefully oversaw Chicago Pile – 1, or “CP-1,” as he called the nuclear reactor, a tower of interwoven graphite logs with uranium plugs. In theory, these would create the world’s first self-sustaining nuclear reaction – the power that fuels the bomb. “It really was quite a homemade object,” Rhodes says. “It looked like a big, raw barn with some sort of strange rubber balloon object hanging over it.” The balloon was for a back-up plan in case the pile didn’t work uncovered.

At the top of the pile, beneath the balloon, was the “suicide squad.”

“Every precaution had been taken against an accident,” Fermi wrote in the book, “The Manhattan Project.” While his endless calculations determined that the reactor couldn’t explode – “it wasn’t strong enough,” Weart says, there was still a concern it might “run away,” meaning the reaction couldn’t be controlled.

In that case, “you would have a sort of Chernobyl experience in the middle of Chicago,” according to Rhodes. (In 1986, the Ukraine nuclear power plant Chernobyl had a runaway reaction or “meltdown” that became the worst nuclear disaster in the world.) As protection, men stood ready at the top of CP-1 with a solution to douse the pile. “That would presumably stop the reaction, although they probably wouldn’t live to tell it,” Rhodes says. There was no risk to the city, according to Weart, only to the people in the room.

The scientists began the experiment in the morning and just as things were looking good, Fermi said, “’OK, let’s stop and have lunch.’ He had it very much under control, there were no surprises,’” says Henry Frisch, a physics professor at the University of Chicago whose parents worked at Los Alamos. There was no explosion, no meltdown, just the world’s first self-sustaining reaction, atoms splitting over and over until scientists put the brakes on them.

They celebrated with a drink of Chianti. Szilard shook hands with Fermi and told him he “thought this day would go down as a black day in the history of mankind,” according to Szilard’s book.

Some of the Chicago scientists continued to work on the Manhattan Project at Los Alamos; others remained to experiment with the possibilities of this new power. As the Project and war continued, the scientists were “very concerned about what the future looked like,” especially after the Germans were defeated and the Allies battled Japan, according to Rachel Bronson, head of the Bulletin of the Atomic Scientists. “How do you control, politically and ethically, this new energy?…Now their science is being used in a way that might be used against the Japanese and that’s certainly not why they got in this.”

“We hoped that perhaps the building of power plants, production of radioactive elements for science and medicine would become the paramount objectives,” wrote Fermi in “The Manhattan Project.”

The bombs were tested in July 1945 and dropped on Japan in August. Three months later, a group of the Windy City scientists created the Bulletin of the Atomic Scientists of Chicago (now the Bulletin of the Atomic Scientists) “which calls for global conversations about how fast science is changing and (that) citizens need to come together and develop policies so we can minimize these risks they’re worried about,” Bronson says. The Bulletin keeps the so-called Doomsday Clock that estimates the world’s risk of a human-created apocalypse.

Met Lab scientists continued to experiment with the peaceful potential of nuclear power, but their work was moved away from the city to Lemont, where it became the Argonne National Laboratory in 1946. Its work continues today.

At the University of Chicago, there’s an abstract sculpture sitting above the former squash court where scientists changed the world on December 2, 1942. Some say it looks like a human brain. Others say it’s a nuclear mushroom cloud. 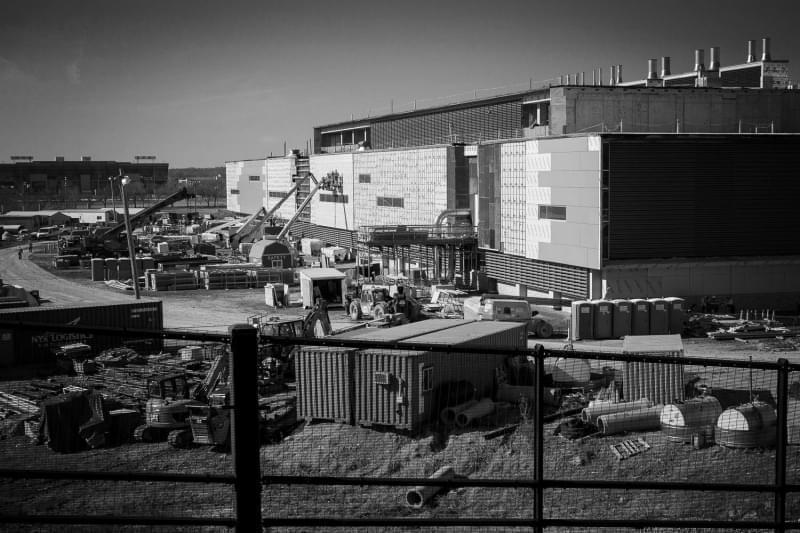 The Other Manhattan Project 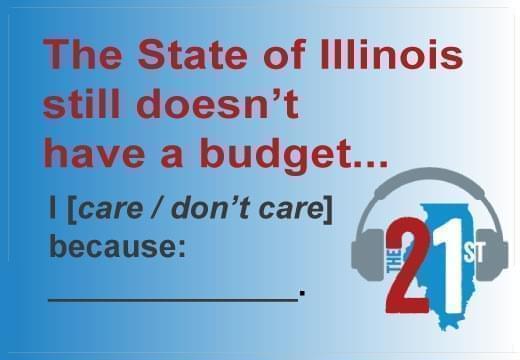