Syria has dismissed as "a caravan of lies" claims that it used chemical weapons, after the US said it would give the rebels "direct military aid".

But Syria's foreign ministry said the US had used "fabricated information" on chemical weapons to justify the move.

Washington was resorting to "cheap tactics" to justify Mr Obama's decision to arm the rebels, a statement from the ministry added.

On the ground, there were reports of the fiercest fighting in months in Aleppo. Earlier this week, Syrian media said President Bashar al-Assad's government was planning a major military offensive on the northern city.

Mr Obama's Deputy National Security Adviser, Ben Rhodes, said the president had made the decision to increase assistance, including "military support", to the rebels' Supreme Military Council (SMC), which includes the Free Syrian Army (FSA) and the National Coalition for Syrian Revolutionary and Opposition Forces.

The US was "comfortable" working with Gen Idris, the head of the SMC, and aimed to isolate some of the more extremist elements of the opposition, such as Sunni militant group al-Nusra, he added.

Mr Rhodes did not give details about the military aid, other than to say it would be "different in scope and scale to what we have provided before".

Until now, the US has limited its help to rebel forces by providing rations and medical supplies.

Administration officials have been quoted by US media as saying it is most likely to include sending small arms and ammunition. The New York Times quoted officials as saying Washington could provide anti-tank weapons.

The CIA is expected to co-ordinate delivery of the military equipment and train the rebel soldiers in how to use it. It is already believed to have co-ordinated covert shipments of weapons to the rebels by US allies in the region, and helped decide which groups would receive the arms.

Republican Senator John McCain, who has been outspoken in calls for arming the rebels, said he did not know to which type of arms the term "military aid" referred, but that he hoped for anti-tank weapons.

He said his greatest concern was the conflict "spiralling out of control because of a failure of American leadership".

Republican Congressman Tom Rooney, a member of the House Intelligence Committee, told the BBC that he feared Washington was succumbing to dangerous "mission creep" over Syria.

"Are we going to war with Assad in a more affirmative way, or are we just helping who we believe the rebels are to the extent that we have no control whatsoever on the outcome?" he asked.

In a BBC interview on Friday, Gen Idris said new weapons would help the rebels defeat the Assad regime and defend civilians.

"We are in most need for anti-tank missiles and anti-aircraft missiles and in addition to all of that we need a huge amount of weapons and ammunition to stop the offensive of the regime," he added.

Prime Minister David Cameron said he shared the US view that the Syrian government had used chemical weapons, but that the UK had not yet decided whether to arm the rebels.

He told the BBC that engaging with "moderate" rebel groups - by working with them and providing training as well as technical assistance - helped limit the influence of more extremist fighters.

The US intelligence community believed Syrian government forces had used chemical weapons, including the nerve agent sarin, on a small scale against the opposition on several occasions in the past year, said Mr Rhodes, adding that he estimated as many as 150 people had died in the attacks.

Washington's "clear" statement was welcomed by Nato Secretary General Anders Fogh Rasmussen, who urged Syria to let the UN "investigate all reports of chemical weapons use".

The US announcement is one the Syrian opposition has been pushing and praying for for months, says the BBC's Jim Muir in Beirut.

It seems clear Mr Obama has finally been persuaded, as Britain and France have argued, that the battlefield cannot be allowed to tilt strongly in the regime's favour, as is currently happening, our correspondent adds.

Moscow said Washington's supposed evidence of chemical weapons use in Syria did "not look convincing".

UN Secretary General Ban Ki-moon's spokesman told the BBC he remained against "any further militarisation" of the conflict in Syria, saying the people there needed peace, not more weapons.

The support of the West's regional allies, Qatar and Saudi Arabia, had helped the rebels in the days after the uprising became militarised.

But the tide turned after the Syrian government turned to Moscow and Tehran for help. Hezbollah fighters from Lebanon have also been involved in a recent government's counter-offensive that resulted in the recapture of the strategically important town of Qusair.

Meanwhile, Turkey's state-run news agency reported that 73 Syrian military officers, including seven generals, had crossed into the country with their families "seeking refuge". 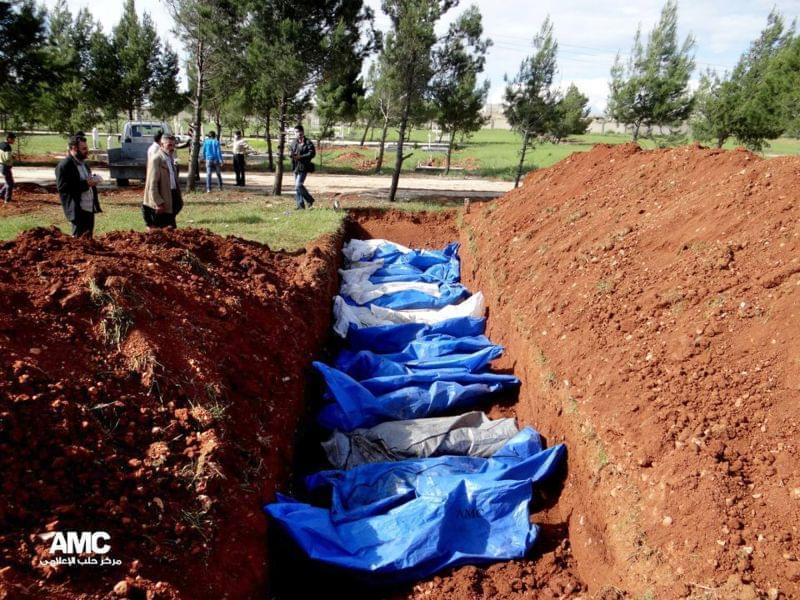