Right now, America's schools are in a sprint. Forty-four states and the District of Columbia have adopted the Common Core Standards. That means new learning benchmarks for millions of kids from kindergarten through high school. And, for many of them, the Core will feel tougher than what they're used to. Because it is tougher.

It's a seismic shift in education meant to better prepare kids for college, career and the global economy. But new standards as rigorous as the Core require lots of other changes — to textbooks, lesson plans, homework assignments. In short: curriculum and the materials needed to teach it. And that's the problem. Right now, much of that stuff just isn't ready.

Before we get further into the problem, let's be clear: The Common Core is a set of standards, not curriculum. There's a difference. Standards are goals we set for kids. For example, one Common Core math standard says fifth-graders should be able to use place value understanding to round decimals to any place.

Curriculum is what teachers do every day in the classroom to achieve that goal. Again, different. But, if you change standards, you've got to change curriculum too. And that's the challenge right now with the Common Core. Because most states have made big changes to their standards, forcing districts and schools to do the same to their curricula.

"There's been no time in American history where this number of school districts wanted to swap out all their reading and math materials at all grades for new things," says Jay Diskey, with the Association of American Publishers.

This race to update and upgrade all that stuff ends next year, when those millions of kids take their first Common Core test — a test that, for some, will come with consequences.

"We can no longer just pick something up and hand it to teachers and say, 'Go with it,' " says Kate Gerson, a senior fellow with the USNY Regents Research Fund.

How did we get here? If states adopted the Core in 2010, why do some teachers still not have good teaching materials?

Back then, as states rushed to adopt, educational publishers — big and small, established and new — saw an opportunity.

"The marketplace was flooded," says Alissa Peltzman at Achieve, which helped develop the Core Standards. She says districts and schools were inundated with sample products — some new, some revised, much of it claiming to be in sync with the new standards.

"If you put yourself in the place of an educator, a district administrator, someone responsible for making decisions about material," Peltzman says, "it's really hard to step back and know which materials really are high quality, and which materials are going to lead to increases in student achievement."

"I think anybody you talk to will say it was a disgrace," says Amber Northern, vice president for research at the , a conservative think tank that supports the Common Core. "Some of this stuff is kind of snake-oil salesman, you know? Developing good materials takes time, and I don't think they trusted when these materials came out that they were Common Core-aligned despite the sticker."

At the center of this story is a little gold sticker or stamp — or so it was described to me by administrators, educators and experts: Peltzman, Gerson, Northern, half a dozen teachers in Michigan, an associate state superintendent of schools in West Virginia — the list goes on. They all tell the same story. When publishers tried to cash in on the Core, many of their books had these stickers on them. Usually gold, with the words "Common Core" or "CCSS" in big letters. The message to schools and to teachers was clear: This will help you teach the Core. Here's the problem, says Amber Northern:

"That sticker appeared quickly, right after the adoption. There's no way they could have gone back and actually re-evaluated, re-assessed their materials, and truly made a good-faith effort to align those materials that quickly. It just was simply impossible."

How bad were they?

One answer lies in a storage room on the campus of Michigan State University, in the College of Education's Erickson Hall. It's a little dark, like a bear's cave — only, instead of bones everywhere, there are math books, on shelves, tables and rising from the floor like stalagmites. This is the domain of professor William Schmidt. He runs Michigan State's Center for the Study of Curriculum. And his team has analyzed some 700 math books — many with that gold seal — to see just how well they line up with the Common Core Standards.

Schmidt says he'll often review a book that's chock-full of material that has nothing to do with the Core: "Maybe as much as half or more of the book. And so, in effect, if [teachers] follow the book from page one to page whatever, they're going to be led astray, and they're not going to cover the central material."

Of the many books his team reviewed, Schmidt says, "virtually none of them" line up "straight on to the Common Core."

Professor Schmidt says his team has reviewed several brand new textbooks, and they're much better. But the landscape, in general, is still pretty bad.

As messy as this sounds, it's easy to blame the Core. But that's like a hitter in baseball blaming his bat when he strikes out. This isn't about the standards. It's about how they've been implemented. Some critics compare it to the botched rollout of Obamacare, hoping "ObamaCORE" hurts the President and Democrats in the coming midterm elections.

But there's one problem with that argument, and it's in the name itself: the Common Core State Standards. They aren't federal. Washington's not on the hook here. States are. Governors signed on — Democrats and Republicans alike — because they saw something necessary and ambitious. And implementing ambitious is never easy.

"We should not be surprised that this is hard, but that doesn't mean we should walk away from it," says Mary Cullinane, the chief content officer for Houghton Mifflin Harcourt — one of the top educational publishers.

She disagrees that publishers were just trying to cash in on the Core. The truth is more complicated. The problem, Cullinane insists, is that building good textbooks takes time.

This time next year, kids across the country will take a new generation of standardized test. And Cullinane is right: In some cases, students, teachers and schools will be judged on the results.

These tests — everyone promises — will be aligned to the Common Core. The same cannot be said for the tools teachers and kids have to prepare for them.

This story is Part One of a two-part series on Common Core implementation. In Part Two: how teachers, districts and states are working together to build new Common Core classroom materials from the ground up. 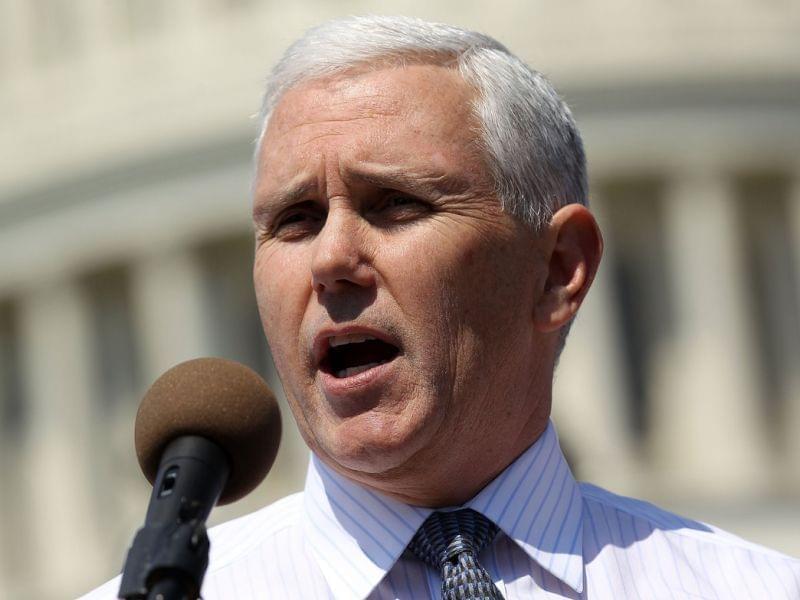 Indiana Becomes First State To Back Out Of Common Core