Pope Benedict XVI leaves office this week, the second pope to resign voluntarily. The first was Celestine V, a hermit who quit in 1294 after a brief and disastrous stint.

Celestine V. lies beneath a glass coffin, wearing a pontiff's miter and faded vestments of gold and purple. He is a tiny man with a wax head.

Celestine became pope at 84, some seven centuries ago, after a long and self-punishing career as a hermit.

Though a celebrated spiritual leader, and founder of a new branch of the Benedictine order, his papacy lasted just over five months. It's widely viewed as an utter disaster.

Celestine's resignation proved controversial, and divided medieval intellectual opinion: Many believe he is a shadowy cowardly figure seen in Hell in Dante's Inferno.

A few other popes have quit over the centuries; the last one was Gregory XII in 1415. But, as one expert on the Vatican's turbulent history put it: "they did so with the medieval equivalent of a gun to the heads."

Experts say there's an important link between Celestine's voluntary resignation and Benedict's. There is evidence that Celestine provided inspiration, and a foundation in religious law, for Benedict's astonishing departure this month.

Celestine's coffin lies in Santa Maria di Collemagio, a glorious honey-colored basilica that he built in the city of L'Aquila amid the mountains of central Italy.

In 1294, he was crowned Pope in this same building.

Celestine was a monk, a hermit and a saint who - it's widely acknowledged - never wanted to be pope. "He just wanted to guide the faithful", says Patrizia Innamorati, who works in the basilica, in maintenance.

Celestine came from the mountains not far from the basilica and led an austere life.

George Ferzoco of the Department of Theology and Religious Studies at Bristol University in England, is an expert on Celestine V — or Pietro del Morrone, as Celestine was known before becoming pope.

During his life as a hermit, Pietro slept on bare rock in a cave on a mountainside, Ferzoco says.

Pietro also practiced mortification of the flesh — the belief that pain distracts the mind away from worldly temptations and toward God. He wore a horsehair shirt and an iron girdle.

"The combination of the hair shirt and the iron chains, which he would wear around his skin, these would have cut very deeply into his skin and caused profuse regular bleeding," Ferzoco says.

Pietro's fame spread. He attracted many followers and set up his own branch of the Benedictine order.

Then, in 1292, Pope Nicholas IV died. For the next two years, the church's endlessly scheming cardinals were deadlocked over a successor.

They had heard about 84-year-old Pietro, or Peter, as some call him. He was old, and they thought he would be easy to manipulate. So they set off on horseback to his mountain cave to tell him that he was the new pope.

The job did not work out.

Eamon Duffy, a professor of the history of Christianity at Cambridge University and author of a book about the popes, sums it up this way: "He was really rather an appalling pope."

"For a start, he was extremely feeble," Duffy says. "He was also very much under the influence of the king of Sicily and appointed a number of stooge cardinals. And he really had no head for administration or business, so it was a rather inglorious period."

To do so, he signed a document legalizing his resignation. The document was drafted by a cardinal, who promptly became the next pope — Boniface VIII.

About 700 years on, it's proved crucial, says Bristol University's Ferzoco.

"The law passed by Celestine the day before he actually resigned served as the legal bedrock for the decision that Benedict XVI made to resign the papacy," Ferzoco says.

Back outside the basilica, Angelo Micheri arrives to pray, as he does every day. He reveres Celestine.

"He's important because he helps people in need," Micheri says.

Times are tough in Italy these days. Micheri is a carpenter who can't get a job. To survive, he begs.

Micheri is confident Celestine will answer his prayers for work.

"Yes, I think he will. I asked him before, and I found work," he says.

Some construction laborers who do have jobs are working on the basilica. It's still being repaired after part of the roof caved in during a big earthquake that struck L'Aquila four years ago.

After the quake, Pope Benedict came to console victims. He prayed before Celestine's coffin. In a highly symbolic gesture, Benedict laid upon it a most sacred vestment — his pallium, or a kind of scarf.

Shortly after that, Celestine's coffin was moved for a while. It was paraded slowly though the narrow streets, on the back of a small truck, to the nearby town of Sulmona.

Benedict went to pray before Celestine's remains there, too.

The significance of the two visits is "quite staggering," says Ferzoco. To him, it's amazing no one saw the message behind Benedict's actions.

"He was showing that it is permissible, licit, and in some cases spiritually beneficial that a pope may resign for the good of his soul and for the benefit of his flock," Ferzoco says.

As he performs his final acts as pope, Benedict will be aware that controversy is continuing over his resignation.

That happened to Celestine, too. Celestine's departure divided intellectual opinion in the medieval world.

The poet Dante, in his Inferno, describes an unnamed figure in hell: "He whose cowardice made the Great Refusal."

For centuries, many have assumed that's a damning reference to Celestine — though some scholars disagree.

Others, though, saw Celestine's resignation as heroic: the rejection of a church mired by greed and politics.

Celestine's story has a grim footnote. After quitting, he wanted to go back to being a hermit and headed for his cave.

Boniface, his successor, was worried by the idea of two living popes and feared that people would still rally round Celestine. So he had Celestine arrested and imprisoned in a castle.

As she stands next to Celestine's glass coffin, Patrizia Innamorati hopes the world will be a lot kinder to Benedict.

"I will miss him a lot," she says, "because he was a person of great sensibility and courage." 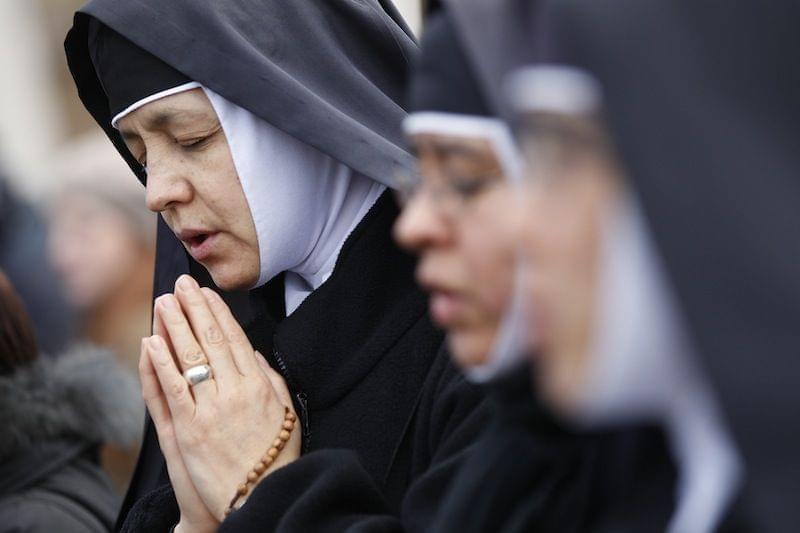 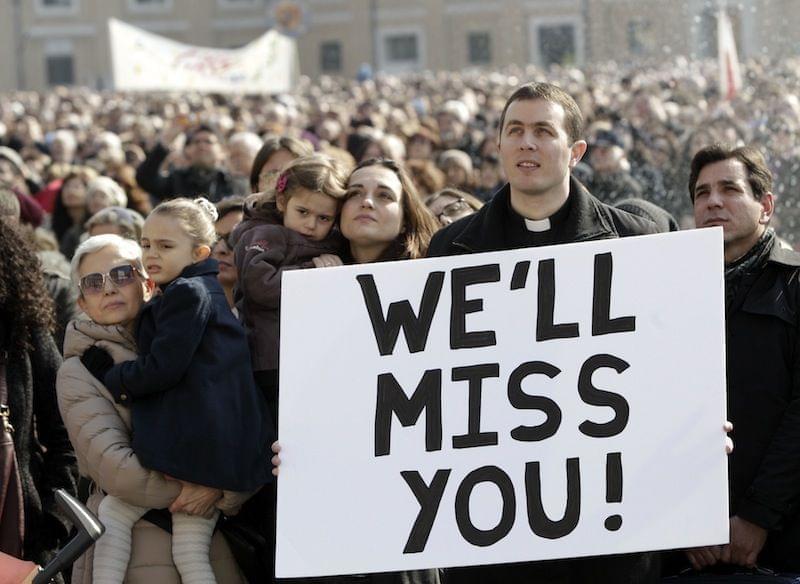 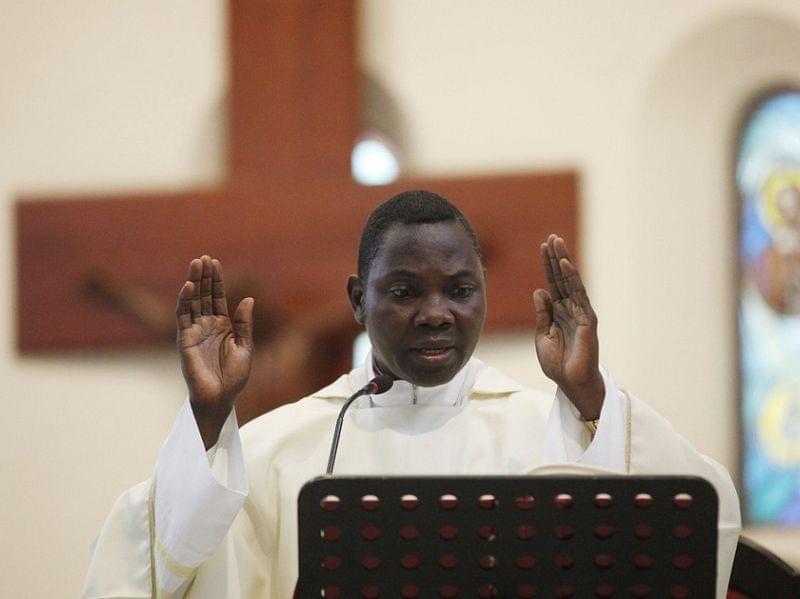