Champaign and Urbana police say they have dealt with multiple calls of those overdosing on heroin or other drugs recently, including two drug-related deaths.

Urbana Police Chief Patrick Connolly said there’s been a ‘signficant’ increase in the number of such cases in the city, including a number of encounters with people from outlying Piatt, Douglas, and Coles Counties.

Champaign Investigations Commander Robert Rea urges the public to contact Crimestoppers or call 911 with any information about the sale of illegal drugs.

On Thursday, a legislative panel will meet to finalize a report on addressing heroin use in Illinois. It’s one of two task forces created by the General Assembly to come up with solutions. Their work comes amid concerns about the number of fatal overdoses across the state.

In 2010, Illinois Public Radio's Mike Moen spoke with Aaron Brown of Rockford, who recently lost his battle with heroin addiction. When the interview occurred, Brown had been sober for several months and was expressing hope about staying clean. He was also candid about his struggles with addiction.

Unfortunately, Brown was unable to overcome his struggles. The Winnebago County Coroner's Office said he died from an overdose on Jan. 1, 2014. Brown's story underscores many of the concerns authorities and lawmakers are trying to address. 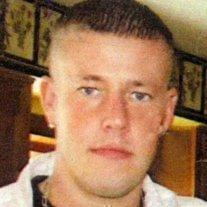