Only a few of the more than 40 snake species in Missouri are venomous, including the one Ben Jellen is looking for: the copperhead.

Copperheads have extraordinarily well-camouflaged bodies, which blend in with fallen leaves and branches. Although it’s the most common venomous snake species in Missouri, scientists know surprisingly little about its basic biology. Jellen, an associate professor of biology at St. Louis College of Pharmacy, is leading a small group of researchers who hope to learn more about this elusive snake.

He ticks off a long list of what we don’t know about copperheads, comparing the research to a never-ending jigsaw puzzle.

The snakes are extremely hard to find, which makes them difficult to study. The team spent about 150 hours searching nearby forests for copperheads — and found two.

To even the odds, they’re implanting small radio transmitters inside the snakes so they can track them in the wild.

St. Louis Zoo veterinarian Chris Hanley has performed several of the transmitter implantations, including a recent surgery on a young copperhead found at Powder Valley Nature Center in Kirkwood.

The team hooks up the tiny snake, which weighs less than half a stick of butter, to a ventilator, anesthesia machine and heart-rate monitor during the surgery.

“The trickiest part in these little snakes is getting [the transmitter] into the body cavity,” said Hanley, assistant director of animal health at the St. Louis Zoo. “You don’t want to just go under the skin, because the body will kick it out very easily like a splinter.”

“I get so excited and intrigued with the process, but there’s always a little bit of worry,” said Neier, who also works as an educator at the St. Louis Zoo.

Less than a week later, the team has released the snake where he was originally found at Powder Valley Nature Center — and begun tracking his movements through the forest.

Neier carries a large metal antenna, hoping to pick up the frequency of the snake’s radio transmitter.

“The closer you are to the snake, the louder the signal is,” she explains, listening for the telltale beeps from the transmitter. “It tells you if you’re walking in the right direction.”

About 15 feet from the walking path, the copperhead lies motionless under a fallen log, peering out at Neier and Jellen.

The snakes can be tough to find, even with equipment.

“A lot of times, the signal is coming from within two feet in front of me and I still can’t see the snake,” Jellen said. “Eventually, I see it is directly between my feet.”

The researchers collect a range of data for each snake sighting, including GPS coordinates, temperature and humidity — in the hopes that this information will help explain why snakes are found in certain places but not others.

In the St. Louis area, copperheads and other snake species now live in small habitat patches bordered by major roads. As humans have moved out of cities and built homes where there once was forest, snake populations have been squeezed into progressively smaller slices of habitat.

“Because they’re so cryptic, they go undetected quite a bit,” Jellen said. “That saves you from direct persecution — like meeting the wrong end of a shovel — but it doesn’t save you from habitat loss.”

These small, isolated populations are at a high risk of inbreeding and can eventually go extinct, said Bob Aldridge, retired professor of biology at St. Louis University.

“If your population is large enough, you can lose a fair number of them, and the ones that survive can repopulate an area over several generations,” Aldridge said. “A small population without a lot of genetic diversity could be wiped out.”

It’s unclear whether copperhead populations are stable in the St. Louis area, because researchers don’t know how many individuals are out there.

So far, Jellen has tagged five copperheads in the past year — but one, a pregnant female, died in a recent flash flood at Powder Valley.

“You go out and track them every day for a year,” Jellen said. “You learn their habits, and you get a little attached to them. You keep your fingers crossed nothing happens to them.”

Because his field sites are situated near popular hiking trails, Jellen said he often meets curious onlookers who want to know what he’s doing — like a hiker who stopped him to ask if his antenna was a music stand.

Jellen said he uses these encounters to help educate people about snakes.

“One of the misconceptions is that they’re really aggressive; that every snake is out there to hurt you,” he said. “I saw this old movie where a cowboy was riding a horse, and a rattlesnake jumped up and bit him on the neck. It was wrong on so many levels.”

When it comes to any wildlife, including venomous snakes, Jellen has a suggestion.

“The Beatles had it right; just let it be,” he said. “Take two steps back, walk around it and let it be.” 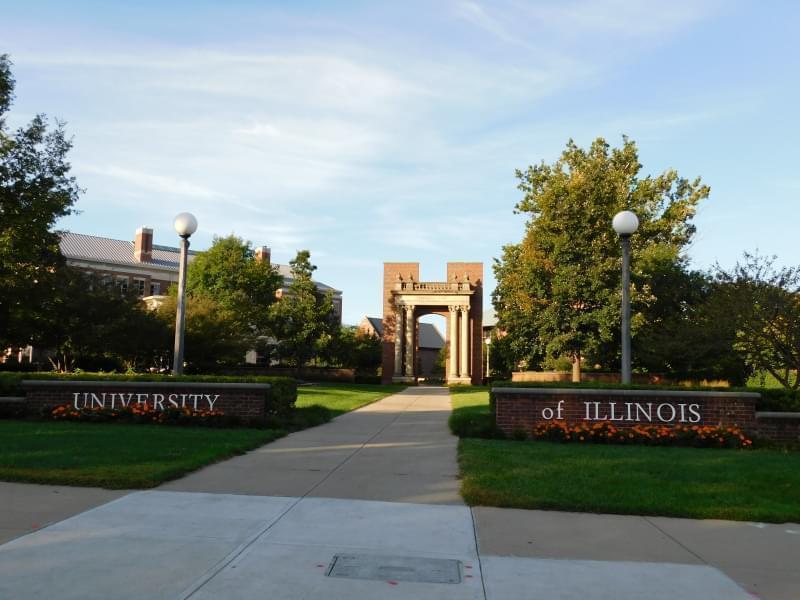 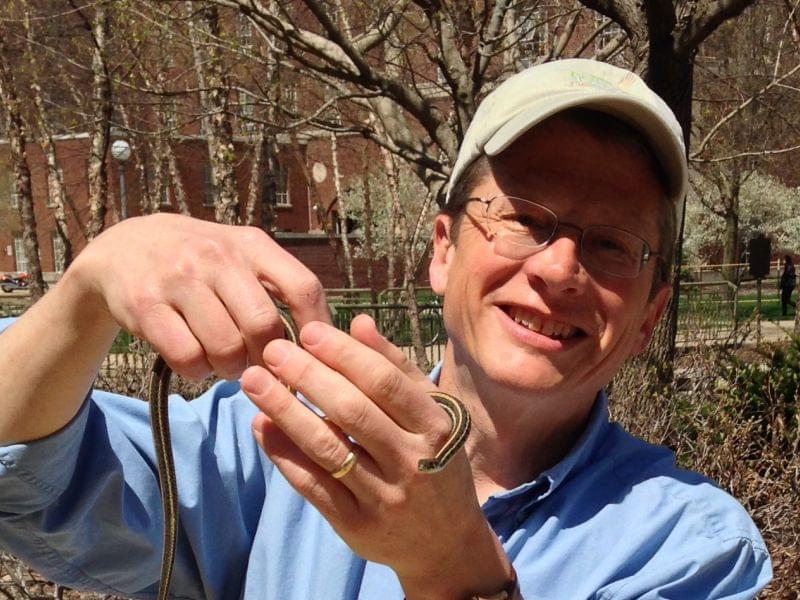 A love of life—even snakes