South Carolina Gov. Nikki Haley has been selected as U.S. ambassador to the United Nations in President-elect Donald Trump's administration, according to Trump's transition team.

NPR State Department correspondent Michele Kelemen reports the position was elevated to Cabinet rank by President George W. Bush and that President Barack Obama kept the designation. But Kelemen says the job of U.N. ambassador was not traditionally Cabinet-rank and it's unclear whether Trump will maintain that status.

"She has very little foreign policy experience," Domenico tells NPR's Steve Inskeep. "It's going to be a steep learning curve off the bat."

Haley is the first woman and first minority named as Trump's choice for a top administration official.

The daughter of Indian immigrants, Haley was a Tea Party star before rising to prominence within the GOP establishment.

She earned praise and a spot in the national spotlight for helping bring down the Confederate battle flag from the grounds of the South Carolina State House in 2015, in the wake of the mass shooting at Mother Emanuel AME Church in Charleston.

In her State of the Union response earlier this year, Haley — who strongly opposed Trump's proposal to ban the immigration of Muslims — criticized the "angriest voices" in the Republican party, later clarifying that she had Trump in mind.

Haley supported Marco Rubio in the Republican primary and only tepidly endorsed Trump after he won the primary.

Her history as a Trump critic is a contrast to the choices so far for other top administration posts — all of which have so far been filled with steadfast Trump supporters. 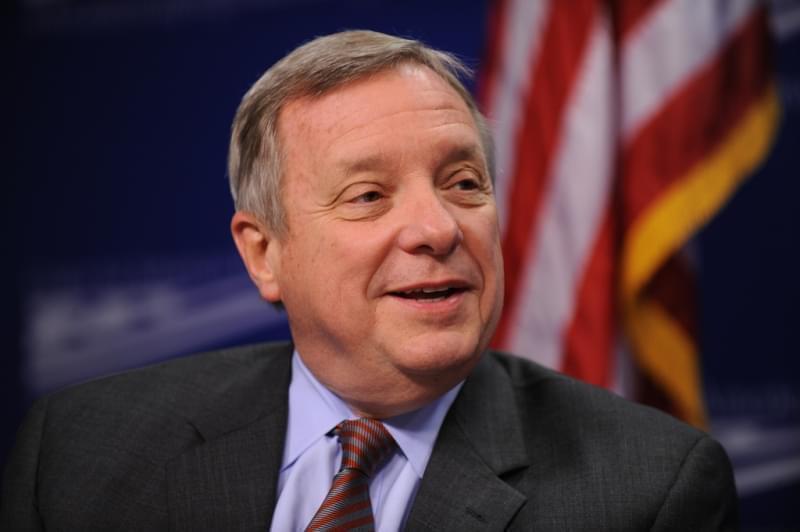 Sen. Dick Durbin on Future of Democratic Party & If Bernie Sanders Could Have Defeated Donald Trump