Turkish PM Recep Tayyip Erdogan has warned that he will not show "any more tolerance" for protests.

He vowed to end the demonstrations after police firing tear gas cleared Istanbul's Taksim Square, the focal point of unrest for nearly two weeks.
Protesters stayed in the adjoining Gezi Park, returning to Taksim Square before police dispersed them a second time.

The unrest began after a crackdown on an environmental protest over Gezi Park's redevelopment.
The protests then widened, with demonstrators accusing Mr Erdogan's government of becoming increasingly authoritarian and trying to impose conservative Islamic values on a secular state.
'I send my love'

From early on Tuesday, police asked protesters to withdraw from Taksim Square through loudspeakers, before using water cannon, tear gas and rubber bullets to clear them. Bulldozers were sent in to clear barricades and shelters.

They also removed protesters' banners from a building overlooking the square, replacing them with the national flag and a portrait of the father of the Turkish state, Kemal Ataturk - who has also been used as a symbol by demonstrators.

People hurled fireworks, fire bombs and stones at police - though some accused the police of planting undercover officers among the protesters.
The prime minister defended the police intervention on Tuesday, saying that an environmental movement had been hijacked by people who wanted to harm Turkey.

In a televised speech to members of parliament belonging to his Justice and Development Party (AKP) that was frequently interrupted by applause, he asked: "They say the prime minister is rough. So what was going to happen? Were we going to kneel down in front of these [people]?
"If you call this roughness, I'm sorry, but this Tayyip Erdogan won't change."

He also appeared to contradict Istanbul Governor Huseyin Avni Mutlu, who had earlier said the police had no intention of breaking up the protest in Gezi Park.

"To those who... are at Taksim and elsewhere taking part in the demonstrations with sincere feelings: I call on you to leave those places and to end these incidents and I send you my love.

"But for those who want to continue with the incidents I say: 'It's over.' As of now we have no tolerance for them.
"Not only will we end the actions, we will be at the necks of the provocateurs and terrorists and no-one will get away with it," he continued.

"I am sorry but Gezi Park is for taking promenades, not for occupation."
Skirmishes between police and protesters in Taksim Square continued on Wednesday afternoon, reaching the edge of the park.

"Not long ago we heard loud explosions and before that there was a rain of gas bombs falling on to civilians," one protester, Cem Ozen, told the BBC.

"We've seen many civilians being carried to makeshift medical points. Some people were wounded in the head." 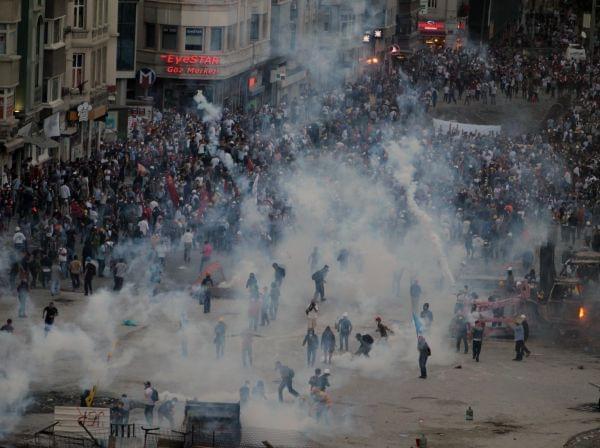 The BBC's Mark Lowen, in the square, says this was a deliberate show of force that may jeopardise plans by Mr Erdogan to meet the protest organisers on Wednesday.

"Can you believe that? They attack Taksim, gas us in the morning just after proposing talks with us? What kind of leader is that?" said one 23-year-old protester in Gezi Park.
By the evening, however, demonstrators streamed back into the square, apparently unopposed, until police once more moved against them with tear gas and water cannon. More clashes followed as darkness fell, with several fires sending plumes of black smoke into the sky.

The protests, which began on 31 May, have been largely peaceful.
The Turkish Human Rights Foundation says four people have been killed, including one policeman. Some 5,000 protesters have been treated for injuries or the effects of tear gas, while officials say 600 police have also been injured.

Smaller protests have occurred in the capital, Ankara, too.

Police there have used water cannon and tear gas to break up demonstrations almost every night. 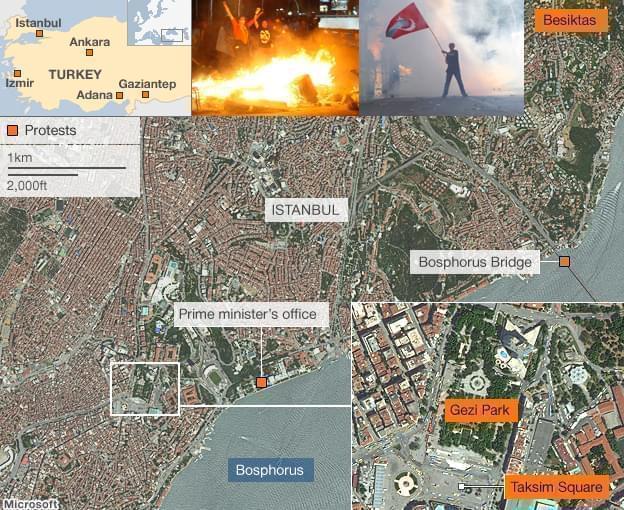 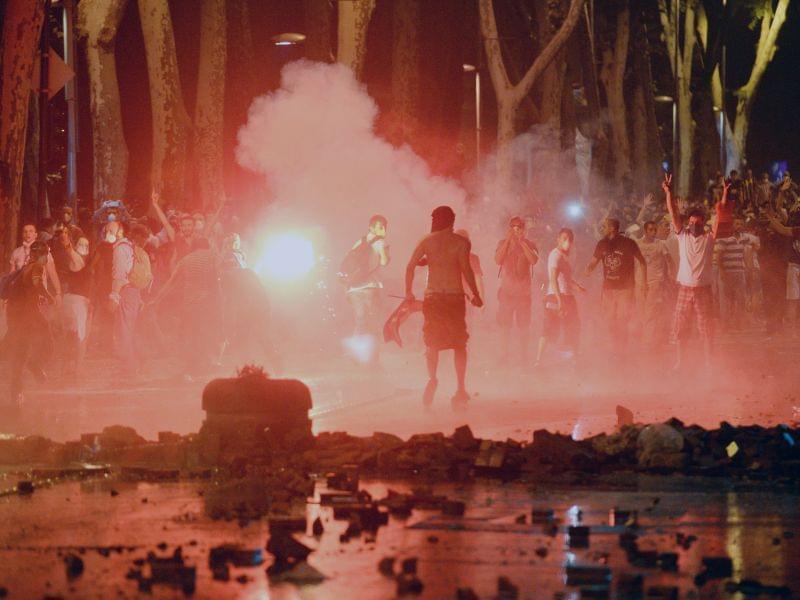 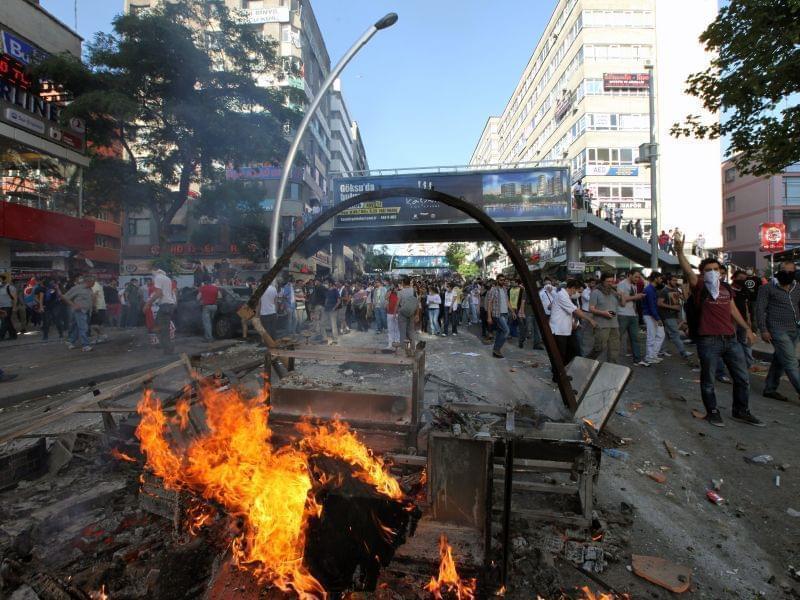