A report on the investigation, which was conducted by the Office of Diversity, Equity, and Access at the University of Illinois at Urbana-Champaign, was issued in September 2017 and recently obtained by Illinois Public Media through a Freedom of Information Act request.

The investigation began in June 2015 when a request was made by Jamelle Sharpe, associate dean for academic affairs at U of I College of Law at the time. The report states that the College had received multiple complaints regarding Kesan’s interactions with female faculty members and students.

Investigators spoke with three complainants, who agreed to have ODEA investigate their claims of sexual harassment against Kesan on the condition of anonymity, and an additional 38 witnesses, including current and former students and faculty or staff members.

The report from the investigation comes short of concluding Kesan’s actions constitute sexual harassment or sexual misconduct as defined by University policy.

But it states Kesan’s actions “certainly have made the working and teaching environment uncomfortable for a countless number of female colleagues and students.”

“[The] collective evidence gathered during the investigation revealed a pattern and practice by Professor Kesan of engaging female students and junior female colleagues in a manner that he knew or should have known would make them feel uncomfortable and was highly inappropriate for a workplace or academic setting,” writes Kaamilyah Abdullah-Span, senior associate director of the U of I’s Office of Diversity, Equity, and Access, author of the report.

The witnesses collectively portrayed Kesan as someone who is overly friendly at times, tends to stand close to others when speaking with them, and who is oblivious to normal social cues.

According to the report, Kesan “tests the boundaries of what is appropriate contact and communication, but makes it a point to never blatantly cross the line.”

A former faculty member alleges Kesan asked her inappropriate personal questions, such as her opinion on adultery, and routinely tried to hug her whenever she encountered him. She said Kesan repeatedly invited her to his apartment in Chicago and out for drinks “despite making it clear to him that she was not interested in either offer,” according to the report.

Another former faculty member alleges Kesan inquired about her relationship status and sexual practices, and made comments about his sex life and sexual fantasies.

Several portions of the report were redacted, including what appears to be a copy of an email exchange between people discussing Kesan. A portion of the email states: “He got way too inappropriately touchy, and very forward-ly hit on me. Gross. So I’ve just been ignoring him completely, except for when it’s absolutely necessary to email about research.”

Many of the complainants and witnesses expressed they were hesitant to come forward out of fear of retaliation and the concern that speaking out would negatively affect their professional careers, according to the report. Several alleged victims said they tried to avoid further interactions with Kesan and advised other women to avoid working with Kesan even if their research interest was within his field of study.

According to the report, Kesan contends that the allegations from the complainants and witnesses “are without merit or lack appropriate context.”

Kesan did not respond to a request for an interview. He sent a statement through U of I spokeswoman Robin Kaler, which reads:

"It was never my intent to offend anyone.  But obviously I did. For that, I am truly sorry, I apologize. Since this was brought to my attention, I have become very careful to make sure that my words and deeds don't offend or cause discomfort to anyone going forward."

Kesan denied engaging any colleague or student in a sexual manner and said it’s possible he may have touched someone “in a gesture of assurance or comfort” and is “not aware of anyone having construed such a gesture as being sexual in nature, offensive, or unwelcome,” according to the report.

He acknowledged he often hugs colleagues, both male and female, but said he “does so with appropriate brevity and formality,” according to the report. Kesan recognized that he may stand unreasonably close to people due to his hearing loss and “regrets that his cues are misinterpreted by some as an attempt to infringe on their personal space.”

The investigators concluded that the conduct attributed to Kesan  was “certainly inappropriate” and “clearly objectionable,” yet does not meet the U of I’s high standards for actions that would constitute a violation of sexual misconduct policy.

The report concludes with a list of recommendations to the College of Law to “bring this conduct to an end” and restore civility and decency in the work and academic environment.

The recommendations include increased training and information provided to all faculty and staff on reporting sexual misconduct.

It also recommends that, at a minimum, Kesan be required to undergo sexual harassment training and professional coaching and have a copy of the report and all related documents placed in his permanent personnel file “so that they may be considered whenever he is being considered for possible promotions, merit increases, awards, recognitions, or other employment matters.”

Kesan “continues to have unfettered access to female students and research assistants,” Lee said. “I’d like to ask the panelists why they think the law school is not doing more to protect its students and faculty from sexual harassment.”

In response, U of I law professor Lesley Wexler said her “strong suspicion” is that there are limitations to what a university can do to tenured professors, due to job protections.

“If a private employer wants to fire someone found guilty of sexual harassment, that’s a much easier process,” Wexler said. The law school is part of the larger university system and is not able to “make its own decisions here” with regards to consequences for an alleged harasser.

“That is part of the problem,” she said.

Lee followed up and asked Wexler, “Are you personally satisfied with the result [of the investigation]?” to which Wexler gave a one-word reply: “No.”

In an earlier interview with Wexler about how the #MeToo movement is playing out in academia, she said the power differential between students and professors makes academia "ripe for abuse."

“The reason we have strong tenure protections are to prevent politically motivated firings,” Wexler said. “But on the other hand, it can also make it quite difficult to discipline professors who are found to engage in bad behavior but not fireable offenses.”

Lee said she is friends with several people who participated in the investigation and were “on the receiving end of sexual harassment” with Kesan. In an interview after the panel discussion, Lee said they are not satisfied with the result.

“I would love for Jay Kesan to be held more responsible for his actions,” said Lee. “Perhaps he should be removed from teaching altogether."

In a letter to ODEA’s Abdullah-Span, dated October 2017, College of Law Dean Vikram Amar wrote that Kesan will undergo in-person sexual harassment training, be prevented from participating in certain salary programs, and be excluded from the College’s consideration for “named chairs or professorship,” which typically come with salary increases, until August 2019 or later, “assuming no additional acts of similar misconduct… come to light.”

But in lieu of placing a copy of the report and all related documents into Kesan’s campus personnel file, Amar wrote the College will include “a memorialization of the discussion we plan to have with him on this matter,” which will allow future deans to learn details of “the relevant information concerning this matter and its resolution.”

Amar declined an interview, saying in an email: “It is not my practice to comment on personnel matters.” He deferred to U of I spokeswoman Robin Kaler for further comment on the investigation and the university’s response.

In an email, Kaler said as soon as the investigative report into Kesan’s actions was finalized, “the University took swift steps intended to ensure that no such violations will recur and continues to be vigilantly focused on maintaining a comfortable learning and working environment for all students, staff and faculty."

But Lee said she would like to see stronger action taken against Kesan. She said she feels it’s sad that the onus is on victims to come forward and try to protect other potential victims.

Allowing Kesan to continue to teach and advise students “seems inappropriate given the number of witnesses and claimants who have things to say about him and his sexual harassment of them," Lee said.

Editor's Note: Jay Kesan is a commentator for Illinois Public Media's "Legal Issues In The News." 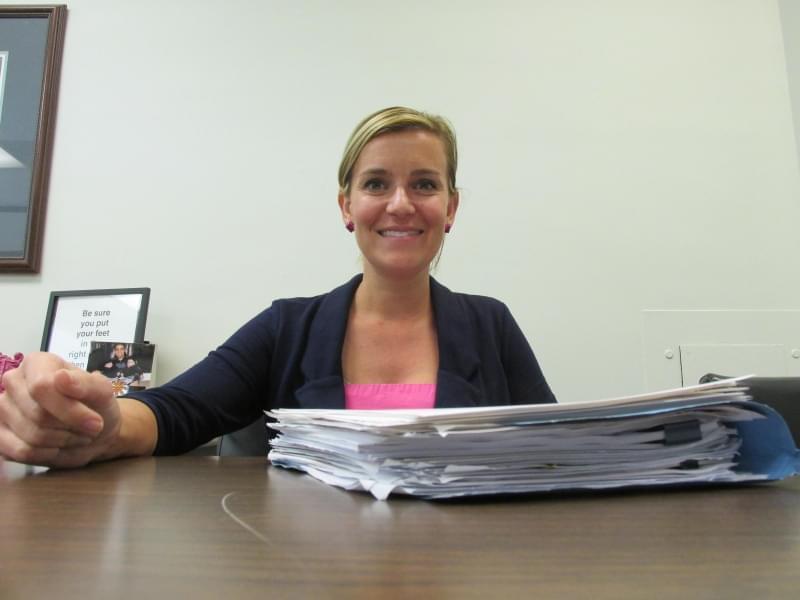 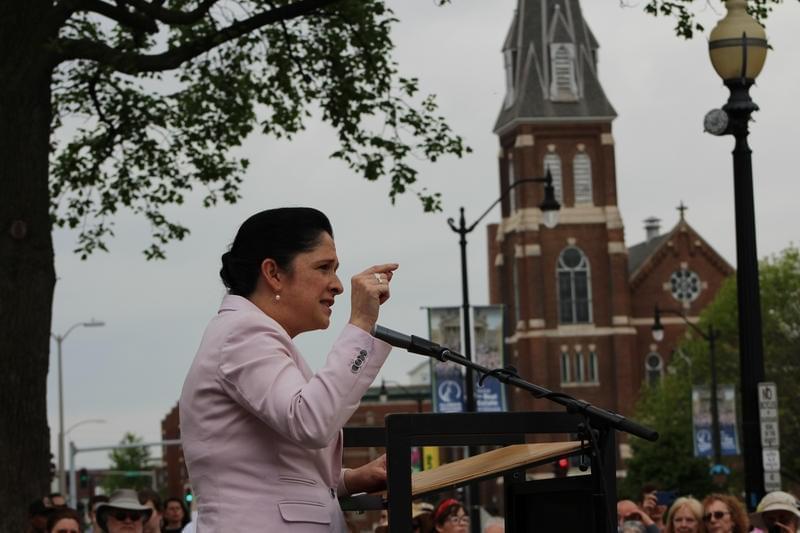 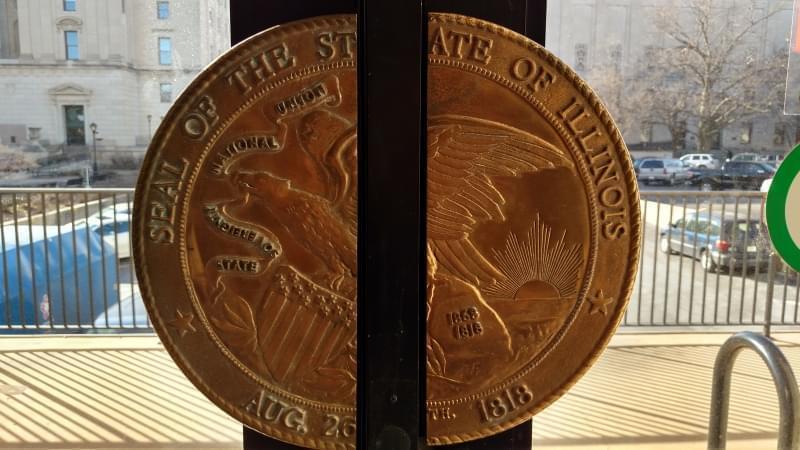