Some lawmakers are criticizing the Obama administration for the recent prisoner swap that freed Sgt. Bowe Bergdahl, but Congressman Rodney Davis (R-Taylorville) supports the decision.

“I can not criticize the President for wanting to bring an American home, because if that was my son, regardless of what the circumstances were of my son going missing, or becoming a POW, or deserting, I would have wanted my son to come home to America to get the care that he needed and to also face the charges that he may face,” Davis said.

Davis, speaking Wednesday before a Veterans Job and Resource Fair at Parkland College, said it is up to Congress to discuss what happened and to hold the administration accountable for their actions.

“Time will tell if what America gave up with those Guantanamo prisoners will have a negative impact and time will tell if this is going to put more Americans in danger for possibly putting a bounty on the head of Americans to get terrorists out of jail,” he said.

Bergdahl’s release was in exchange for five Taliban commanders held at Guantanamo Bay. He is currently receiving medical attention at a U.S. military hospital in Germany. 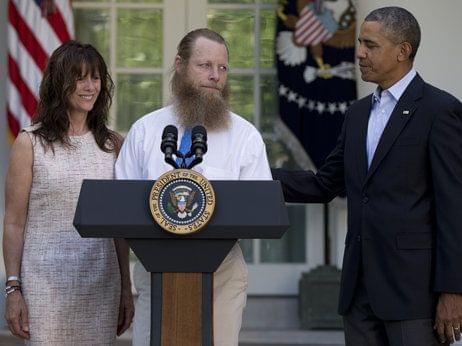