Last week, we shared the story of Ray Spooner, the Urbana man who was diagnosed with ALS. Always a cyclist, Ray decided he would bike cross country, as part of a fund-raising ride. He shared a message on Friday that his ride had ended on day 5 (at least for now).

Ray started what he called "His Little Ride" last Sunday in San Diego. On Friday, he posted an update on his blog titled "Zero Days Without a Fall." He went over a curb in Phoenix, Arizona. On his blog, he wrote that he fractured vertebrae, ribs and an arm. He also has a concussion. You can see a photo on that blog, of him holding up an X-Ray. He is smiling in the photo.

In Friday's update Ray explained, "Through all the training and preparation I have done for this ride I never actually believed I would complete it. .... But not trying to do the ride was unacceptable."

The trip was one of the items on Ray's bucket list. When he told his doctor he was planning the trip for early 2016, the doctor told him that if he really wanted to do it he should go sooner that.

Before he left, Ray addressed concerns he'd heard that what he was doing was extreme. "This is the only way I know how to react," he said in an interview. "An extereme diagnosis calls for an extreme response."

On the blog, he wrote that this particular ride was over for him. "In a previous lifetime I would still have been trying to figure out ways of continuing the ride but as they hoisted me into the back of the ambulance and closed the doors I knew it was over for me."

He added, "There were so many places I could have fallen over the last 5 days in the middle of nowhere. But I ended up falling less than one mile from a trauma center."

In comments on social media Saturday, Ray raised questions about whether or not this really was the end of his cross-country ride. 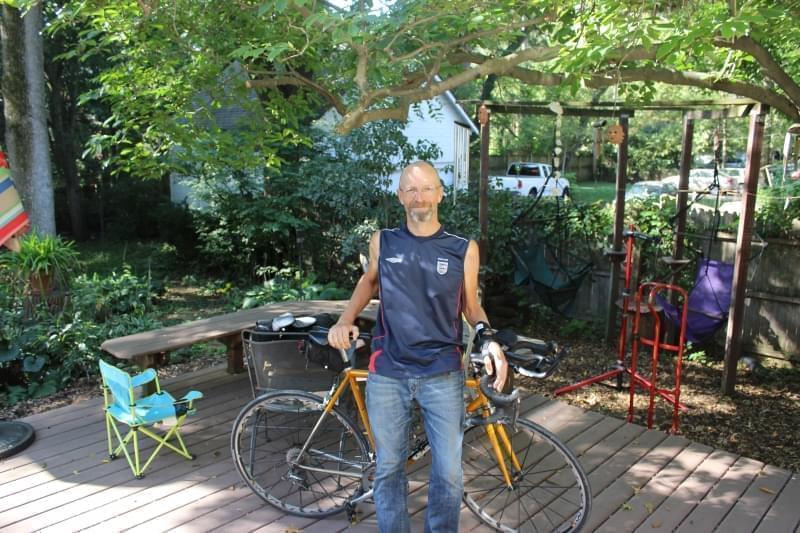 Urbana Man With ALS To Bike Across Country