Roughly 100 people showed up to a town hall meeting at Urbana High School Tuesday night. The meeting was called in response to community concerns about student safety and, at points, grew contentious with parents and students complaining about a lack of security at the high school and a perceived lack of discipline.

The town hall followed an emergency meeting of the Urbana District 116 school board, and superintendent Don Owen said the forum was intended as an opportunity for the district and parents to discuss a new discipline policy. The district has rolled out a restorative discipline procedure this year and created eight new positions to support it, Owen said. He said the new still encompasses traditional methods of discipline — like in-school and out of school suspension — but provides for extra layers of support for students who are struggling socially, emotionally and behaviorally. The intent, he said, is to get at the root cause of bad behaviors instead of simply to punish them. 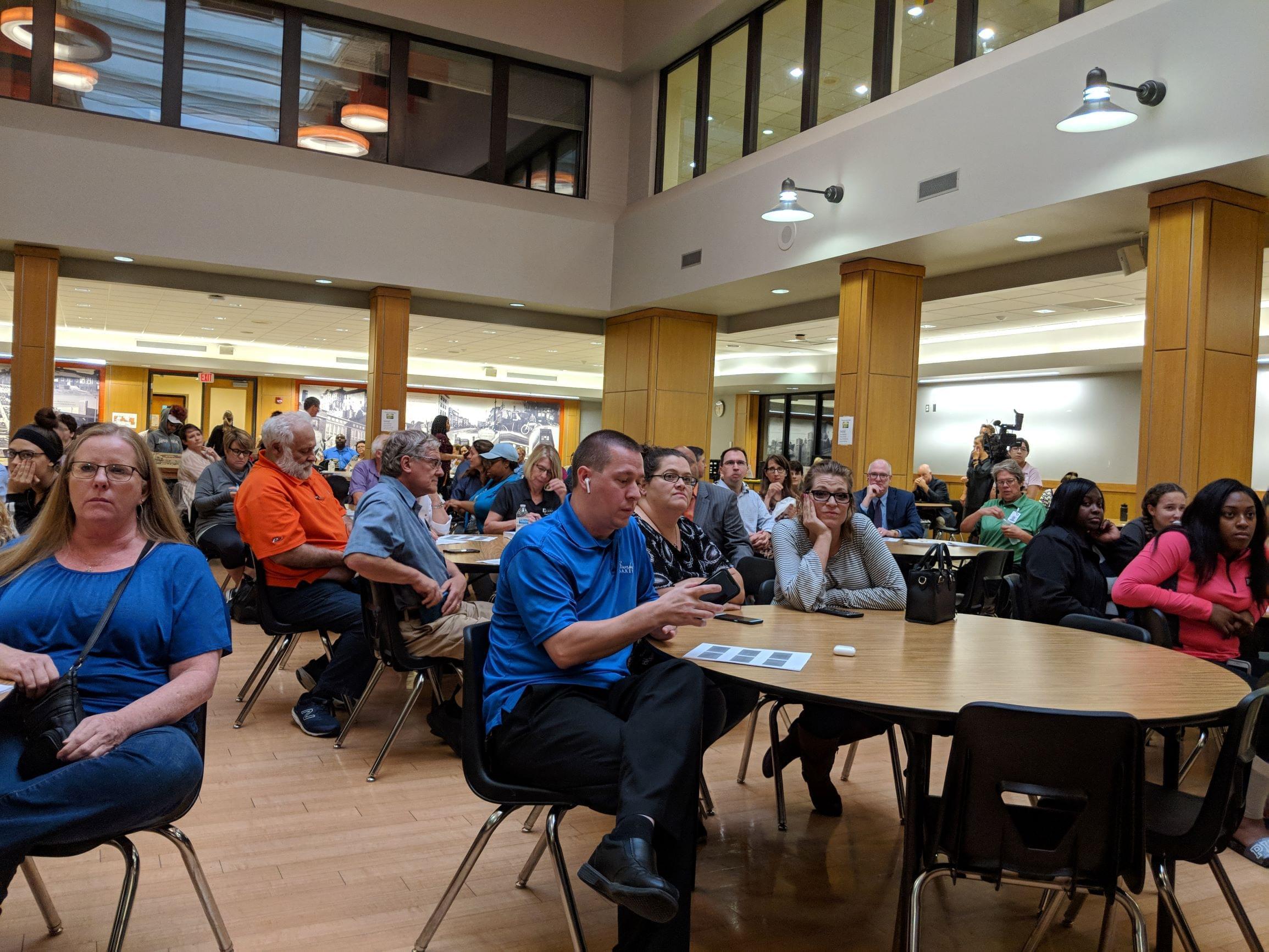 As part of a presentation on the new system, Urbana High School staff presented data that indicated that students had actually more time in out of school suspension during the first month showed comparable numbers of discipline referrals and both in-school and out-of-school suspensions to roughly the same period last year.

Despite the data presented, some parents at the meeting said their children have told them that it feels as if there’s no longer any disciplinary actions happening at the school.

“Yes, with the blend of restorative practices some students feel as if there is no discipline system, but that is not the reality. Our data speaks for itself. We didn’t fabricate that data,” said Urbana High School principal Deloris Brown.

Some parents also asked why there wasn’t a stronger police presence at the high school given two incidents that occurred earlier this month and school shootings that have taken place nationally. One Sept. 11, a former high school student walked into the school and attacked a current student, according to Owen. He said the high school changed its security practices as a result of that incident. Then, last Thursday, he said, another student made an “unspecified” threat on social media.

But Owen said “for some families, police presence heightens their fear and anxiety... that heightened anxiety is something I don’t want for any family. I really don’t.”

When pressed further on the issue, Owen said he could not comment on any new security measures the district’s board of education may be considering, or if there’s money in the city budget to accommodate more police at the school.

At the conclusion of the meeting, Brown urged parents still concerned about student safety and the new discipline system to contact her.