What Is Marsy’s Law? 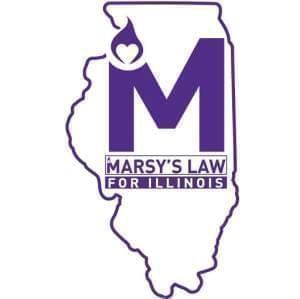 Among the items Illinois voters will be asked to weigh in on at the polls Tuesday is approving the Crime Victims Bill of Rights.

This amendment to the state's Constitution will add two components to an existing list of rights of a victim of violent crime: That victim safety be considered as part of release decisions and that victims' privacy be reinforced when it comes to personal records--like diaries.

Illinois Public Media's Hannah Meisel spoke with Jennifer Bishop-Jenkins, director of Marsy's Law for Illinois. In 1990, Bishop-Jenkins' sister and brother-in-law were murdered, along with her sister's unborn child. She says Marsy's Law will add protections for victims that exist in many other states.

The amendment passed the Illinois House and Senate with very little opposition in the Spring. Bishop-Jenkins says those who oppose the law mistakenly think that adding rights for victims of a crime would take away rights of the accused.

"They have expressed concern that there is a zero-sum game, if you will, between victims' rights and the rights of the accused," she said. "That's just wrong."