When A U Of I Prof Demonstrated Talking Pictures

June 9th marks the anniversary of the day in 1922, when a University of Illinois professor showed how movies could talk.

Electrical Engineering Professor Joseph T. Tykociner had held several private demonstrations of his invention over the previous months. But on June 9, 1922, he gave a demonstration and lecture for the public at the old Physics Building (now the Materials Science and Engineering Building) on the University of Illinois campus in Urbana.

A modified movie projector showed images of people speaking into a microphone fitted with a megaphone to better capture the sound, which was played back from an optical pattern printed on the film --- in fact, printed on a portion of the film that was projected on the screen where it could be clearly seen. Tykociner had devised one of the first optical sound tracks, in which sound is converted to a light pattern on motion picture film, so it can be played back in sync with the movie.

Hollywood movies from 1922 featured actors such as Douglas Fairbanks, Rudolph Valentino and Gloria Swanson. Tykociner had no such star power for his demonstration film. In one clip, his wife, Helena rang a small bell, and asked her unseen audience, "Did you hear the bell ring?". In another, Mr. Leyde, a faculty member from the School of Music, played briefly on the violin. In yet another, Tykociner, recording a sound track with no movie to accompany it, announced, “This is an experiment in the reproduction of sound”, and proceeded to count to ten.

The sound quality, as heard when the film was restored and played back decades later, was marred by background noise, but the result was unmistakable. Tykociner had made movies talk.

Others were also working on optical sound tracks for the movies in the 1920s, but Tykociner may have been the first to demonstrate his version publicly, at least in the United States. Interviewed in the 1960s, he said the idea first came to him years earlier, in the 1890’s, when, as a student from Poland he saw his first movies during a trip to New York City. He was disappointed to find they were silent.

“The only sound was the ticking of the machine. And I thought, now they have invented moving pictures, but where is the sound? That’s the moment when I got the idea that now, we can photograph together with the picture, the sound itself. And here’s where my ideas came in”.

Tykociner worked intermittently on his idea for sound motion pictures over the years. But it was only after arriving at the University of Illinois in 1921 that he was able to devise a successful working model, thanks in part to a new photoelectric cell developed by Jakob Kunz at the U of I’s Physics Department.

His demonstration of sound-on-film movies drew national attention. Tykociner himself wrote an article on his invention that ran in the New York World.

But Tykociner found himself facing a difficult choice if he wanted to further refine his invention. For the University of Illinois to finance his research, he would have to give up the patent rights to the university, which would also have the last word on whether his research would continue. Otherwise, he could take his chances in the private sector, by attracting investors or going to work at a company like RCA or General Electric, that might be interested in his invention.

Despite receiving some offers, Tykociner ultimately stayed at the University of Illinois. He gave up hopes of university financing, but retained control of his invention, which ultimately received three patents. Meanwhile, rival inventors were also working on their own versions of the optical movie sound track. By the late 1920s, the U-S film industry had pooled the patents of some of those rival versions, which became the standard for talking picture technology. 1927 saw the release by Warner Bros. of "The Jazz Singer", using the studio's Vitaphone sound-on-disc technology, while Fox Film Corp. released "Sunrise", a silent film with a musical sound track using the Movietone process, an optical sound-on-film system similar to Tykociner's. That same year, Tykociner sold his sound-on-film patent for $50,000, according to film historian Scott Eyman, in his book, The Speed of Sound.   Eyman's book does not identify the buyer.

Joseph Tykociner continued as an engineering research professor at the University of Illinois until his retirement in 1949. As a professor emeritus he devised a field of reserarch he called Zetetics, which he summed up as "Research as a Science" in the title of his 1959 book on the subject. Tykociner continued work in that area until his death in 1969, at the age of 91.

Today, most histories of the motion picture industry give only a brief mention of Tykociner, or none at all, when describing the development of sound movies. But at the University of Illinois, he is remembered as a pioneer, who was the first to demonstrate the technology.

(This article was revised to note Tykociner's sale of his sound-on-film patent, as reported by Eyman - JM 6/8/20). 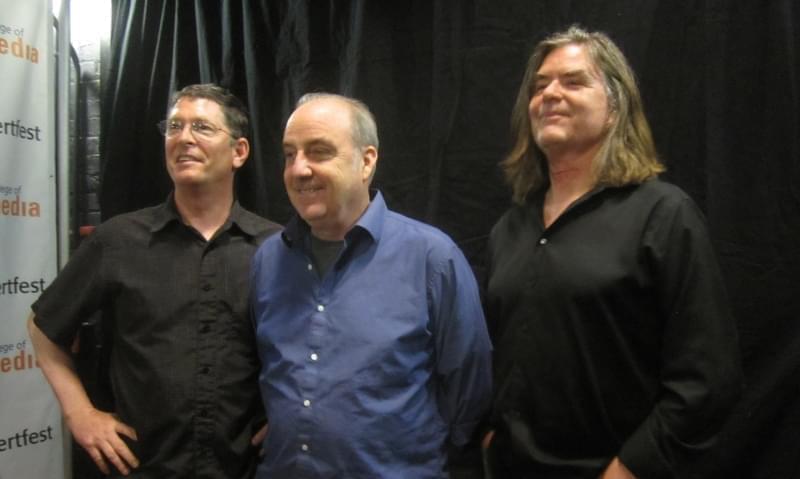 The Movies and Science