Why Illinois Data On Chronic School Absences Could Be ‘Meaningless’

Illinois schools will soon have to publicly report and be evaluated on a new performance measurement: chronic absence. But researchers and superintendents have raised questions about whether or not that data will be meaningful or fair.

In Illinois, chronic absence is defined as missing 10 percent — or 18 days — of a school year for any reason, including suspensions, unexcused and excused absences.

The metric is a new way to measure school performance in Illinois. Experts on chronic absenteeism and its effect on students say it is a more meaningful measurement of attendance, and a tool that can be used to boost academic achievement and prevent dropouts.

A lack of consistency

The problem, researchers point out, is that Illinois has no statewide definition for what counts as a day of attendance. Under the Every Child Succeeds Act (ESSA), the federal law that supplanted No Child Left Behind, states are required come December to report chronic absenteeism rates. Illinois — along with 35 other states and D.C. — will also use the data as one of five measurements of school performance under ESSA.

Jackie Matthews, a spokesperson for the Illinois State Board of Education, said chronic absenteeism as a measure of accountability will contribute to each school’s “summative designation.” In other words, it will be used to determine whether a school is exemplary, commendable, underperforming or lowest-performing. Rates of chronic absenteeism will also be added to the Illinois School Report Card as of Oct. 31, according to Matthews. 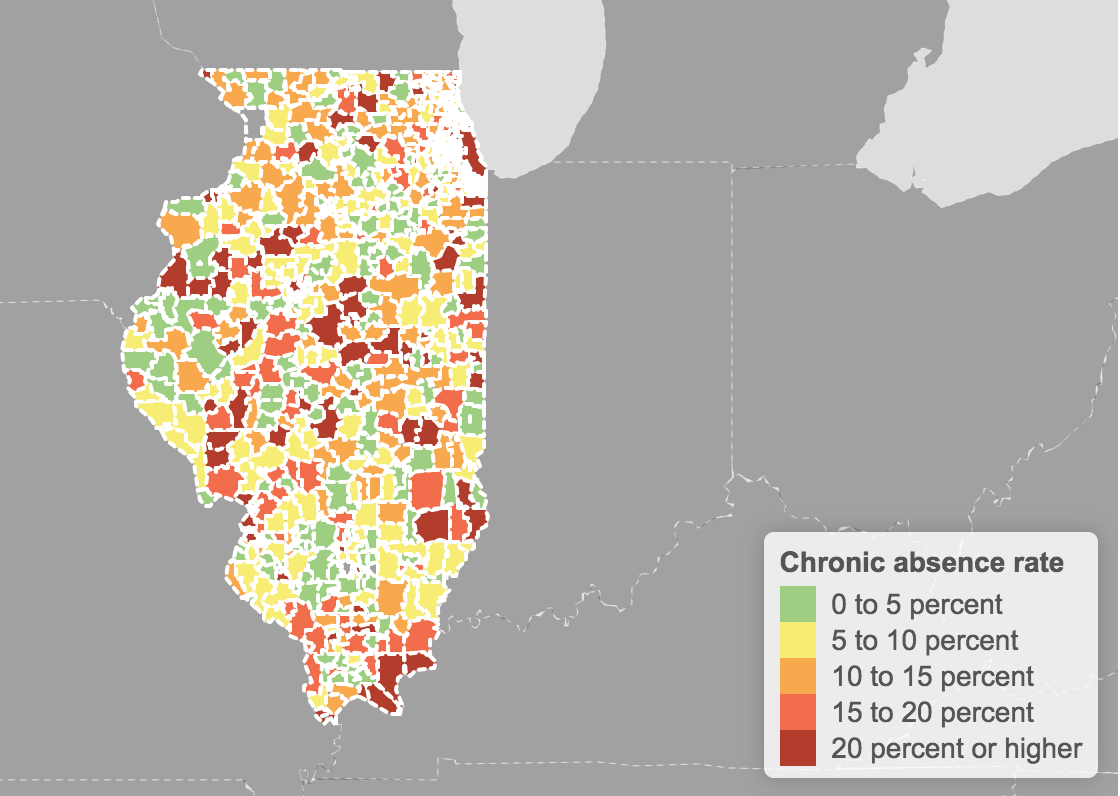 “Frankly, I have some mixed feelings about that,” said Lindsey Hall, superintendent of Mahomet-Seymour Community Unit School District 3. The central Illinois school district showed a 32 percent chronic absenteeism rate for the 2015-16 rate, according to data reported by the district to the U.S. Department of Education Office for Civil Rights. That means roughly a third of Mahomet-Seymour students were absent for 15 or more school days that year.

Hall said she doesn’t feel comfortable with chronic absence as a measurement for accountability if different school districts are measuring and reporting attendance in different ways. If that data shows up on school report cards, she said “there should be a big asterisk next to chronic absenteeism saying school districts can determine on their own how to calculate a day of attendance.”

Matthews said the the state’s Attendance Commission, which was created to study chronic absenteeism, is weighing whether or not to recommend a statewide definition for a day of attendance.

When asked whether the data would be meaningless given that districts can use different definitions, Matthews said, “allowing districts to calculate locally what a day of attendance for them is, we believe, allows the most local autonomy.”

Lauren Bauer, a fellow at the Brookings Institution, said it’s crucial that all schools use the same metrics when measuring chronic absence because they’re being compared against one another. (Bauer worked with the Hamilton Project, a policy initiative from the Brookings Institution, to create a data graphic that maps chronic absence rates nationwide.)

Bauer warns that districts may be incentivized to create a more lenient definition of attendance for themselves to mask a chronic absence problem, and therefore earn a better rating. She compares it to “a situation where you let every school district pick which standardized test they use… Like, you couldn’t get away with that.”

Urbana District 116 Superintendent Don Owen points to the issue of in-school suspension as an example of why consistency is needed across school districts in the state. (According to federal data, Urbana District 116 reported chronic absentee rates of roughly 27 percent in the 2015-16 school year.)

“It is frustrating for superintendents and school leaders as well as for researchers if there is that inconsistency at the local level,” Owen said. “It basically makes the data meaningless for statewide aggregate things or comparability.”

The data collected by the federal government also likely lacks consistency, Bauer said. The data map created by the Hamilton Project exposes two big issues, she said. First “is extremely high rates of chronic absence sort of across the board, but it also shows you places where there are zeros and there shouldn’t be.”

“We still think these are probably a low estimate of the number of chronically absent students until we have improvement in data collections across the board,” Bauer said.

‘They’ve been looking at the wrong metrics for years’

Hedy Chang, executive director for Attendance Works, the group that compiled a report using the available federal data, said she’s happy that the issue of chronic absenteeism is at least being exposed thanks to the new ESSA requirements.

“My main hope was we at least had it in the accountability system so people started looking at this, because they’ve been looking at the wrong metrics for years,” she said. Historically, school officials and administrators have focused solely on average daily attendance and truancy. A school can still report an average daily attendance rate well into the 90th percentile even though a significant portion of its students may be missing three or more weeks of school per year. Truancy, on the other hand, only measures unexcused absences, and does not take into account excused absences or suspensions.

Chronic absenteeism isn’t just a measure of attendance, Chang said, it’s also a tool that can be used to identify students before they fall behind in school, or worse, drop out.

Research shows that chronic absenteeism is associated with higher drop-out rates, lower post-secondary enrollment and lower test scores. The impact is most profound for students from low-income backgrounds.

“This is why this (data) is powerful because it helps administrators and people who want to to do dropout prevention strategies,” Bauer said.

Chang said the causes of chronic absenteeism fall into four categories. They range from issues associated with poverty, like lack of transportation and unstable housing, to negative school experiences, like a fear of being bullied. Additionally, Chang said, chronic absenteeism can also stem from lack of engagement, including boredom, and the misconception that missing school just isn’t that big of a deal.

She said schools can address the issue effectively if they understand what’s causing the absences and find ways to address it.

“I think there’s a huge challenge afoot for this work,” Chang said. Aside from a lack of consistency in the data, there’s also the question of whether or not superintendents will use this data to inform absence prevention strategies, she said.

“I don’t want resistance to using the metric,” Chang said. “I want people to embrace this.” 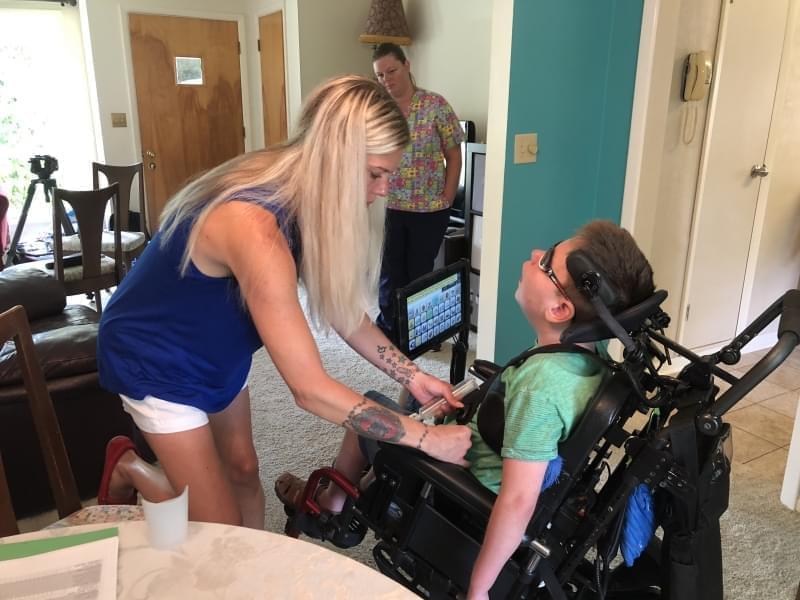