Why Illinois Won’t ‘Ban The Box’ On College Applications

Four years ago, Chris Miner decided to apply to the University of Illinois at Urbana-Champaign. Then 40-years-old, Miner was encouraged to apply by a counselor at the community college he attended. He was told he was a shoe-in.

He sat down at his computer and started the application. But then Miner faced this question: Have you ever been convicted of a crime?

“I just sat there and stared at the screen for like 10 minutes,” he said. “It was like everything, every advancement I had made so far might be over with, maybe this is the end of the ride.”

So, he lied. Miner did not disclose that he had been convicted of stealing thousands of dollars from a Domino’s Pizza he had worked for, and then, in the early 2000s, went to prison for a year on a probation violation.

Next year, the Common Application used by hundreds of colleges and universities will stop asking potential students about their criminal histories. Despite legislative efforts in Illinois, most campuses in the state continue to ask the question. Nationwide, roughly two-thirds of colleges and universities that completed a 2009 survey reported asking prospective students about their criminal histories.

Miner said he nearly dropped out of the application process when faced with the question.

Evidence suggests most applicants don’t keep going. A 2015 study from the Center for Community Alternatives found that of the nearly 3,000 people with felony convictions who began applications to the State University of New York, about two-thirds dropped out of the process — in part because of having to provide information about their convictions.

After Miner was accepted to the U of I, he began to open up about his time in prison. He created a re-entry guide for formerly incarcerated people as part of a class project, and he began volunteering with groups that help individuals returning to society after prison.

After he earned his bachelor’s degree, Miner applied for a graduate degree in social work at the U of I. And he encountered the question again.

“There were tears. I cried,” he said. “It was upsetting because I have achieved this at your university, I've given you money, you know I was on the Dean's List every semester I've been there. I graduated, and you're still going to ask me this? You're going to ask anyone this?”

This time, Miner disclosed his record on the application to graduate school, and he was accepted. But he said he often wonders how many people gave up on their hopes of pursuing a degree after seeing that question.

State Rep. Barbara Wheeler said she thinks about that, too.

Wheeler, from Crystal Lake in the Chicago suburbs, said she was inspired to pursue the issue after a teenager in her district told her he was afraid he’d be rejected from all the colleges he applied to because of his criminal record.

“Because of that question, he felt like no school would accept him, and so he never finished the application,” she said.

Wheeler has spent the last three years trying to pass legislation that would ban public state universities and colleges from asking applicants about their criminal records during the admissions process.

Wheeler describes herself as a conservative Republican. She did not seek re-election, and her term expires in the next month. She said she researched the issue and concluded that “there is no evidence that says because Illinois asks this question that we’re safer.” She said she had amended the bill so it applied only to public schools, at the urging of opponents. Wheeler said that wasn’t enough, however, as others argue the bill is still a threat to safety.

Nearly every public university in the state has come out against the proposed legislation, known as House Bill 3142, the “Criminal History in College Applications Act.”

Aaron Woodruff is among those who’ve voiced opposition. He’s campus police chief for Illinois State University in Normal, and argued against the bill during a Senate hearing in May. In an interview, Woodruff said he’s particularly concerned about how this legislation may contribute to sexual violence on campus, especially because universities have been under increased scrutiny for their handling of harassment and sexual assaults of students.

Woodruff says his major concern is that an individual charged or convicted of assault at a school could leave, and then attend somewhere else without anyone knowing.

According to data obtained from several public universities across the state, very few applicants who disclose prior criminal records to university admissions teams appear to be rejected based on their answer to that question. Woodruff also points to that as a reason why the question should remain. He adds that if someone lies on their application and later commits an offense while a student, “that’s automatic grounds for removal.”

Woodruff said he’s aware of cases in which a student was accused of sexual violence and school officials discovered that that person did not disclose a criminal record on their application.

“Rather than have to go through the process of waiting six months to remove that individual from the campus community, we were able to remove them immediately on the grounds that they failed to disclose,” he said.

If the question isn’t asked, the university “can’t do anything to that individual other than follow the regular due process they would with any other student,” Woodruff said.

While he understands the intent of the legislation, Woodruff said universities have a duty to protect the thousands of students who attend who do not have criminal histories. “If you let that one person in who is a sex offender, and is a repeat sex offender, and could potentially be a harm to our other students, then what’s the culpability on the university?” he said.

Woodruff said he could support the bill if it allowed universities to only ask applicants if they have a violent or sexual offense in their criminal records. That proposed change was rejected by the proponents of the bill.

There’s not a lot of research on this issue, but what’s out there tends to support state Rep. Barbara Wheeler’s claim that asking the question does not lead to safer college campuses.

A report published in 2016 by the federal Department of Education found no conclusive evidence to suggest that asking about an individual’s criminal history during the admissions process decreases campus crime.

If universities care about protecting students on campus from violent offenses, like sexual assault, they should use education as a tool for intervention, rather than exclude certain individuals from campus, said Will Vavrin. Vavrin is a University of Illinois Chicago student with the group, Yes Apply, a student-led coalition based at UIC that’s advocating for the removal of the criminal records question from University of Illinois campus applications.

Students with the group also say the fact that people of color are over-represented in the criminal justice system is a major reason they support banning the box from college applications.

“If we can remove these barriers that disproportionately affect people of color, then we're providing more inclusion and more access and more opportunity to traditionally marginalized populations,” said Nicolas Robledo, a UIC student and member of the Yes Apply campaign.

A 2017 study from the University of Georgia estimated that a third of African-American men in the U.S. have felony convictions on their records — compared to about 8 percent of the overall population.

Chris Miner, the formerly incarcerated U of I graduate student, said he’s keenly aware of the disproportionate impact this question has on people of color. Miner is white.

“As soon as I got in, I was elated, but not long after it's like, well, how many people didn't go through with this process? Or did other people of a different color or a different background —  did they mark the same answer as I did and get rejected? It's still ridiculous and that's why I'm still fighting,” he said. “Hopefully that question won’t be around much longer.”

Proponents of the ban the box effort, which also include the ACLU of Illinois, say they plan to renew the legislative effort after the state’s incoming Democratic governor, J.B. Pritzker, takes office in January.

Miner is currently pursuing a master’s degree at the U of I with the ultimate of goal of one day creating a non-profit that helps formerly incarcerated people apply to college. 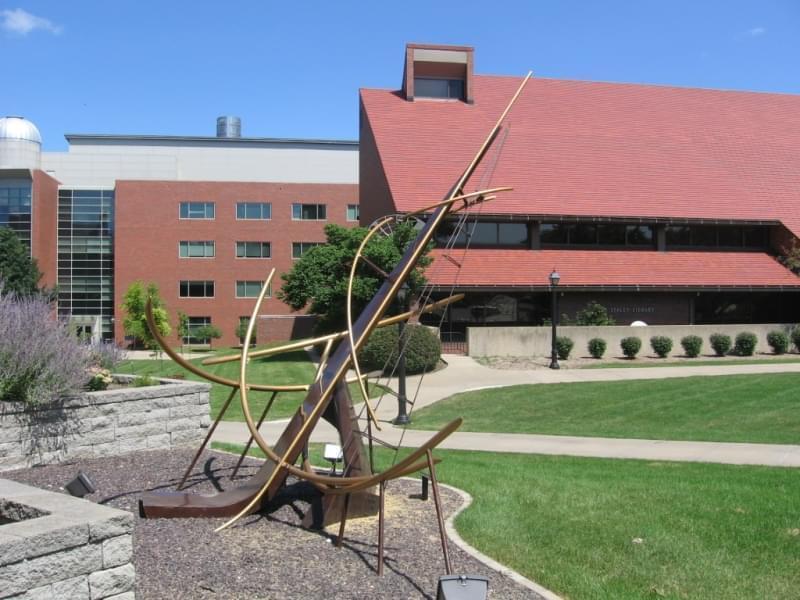 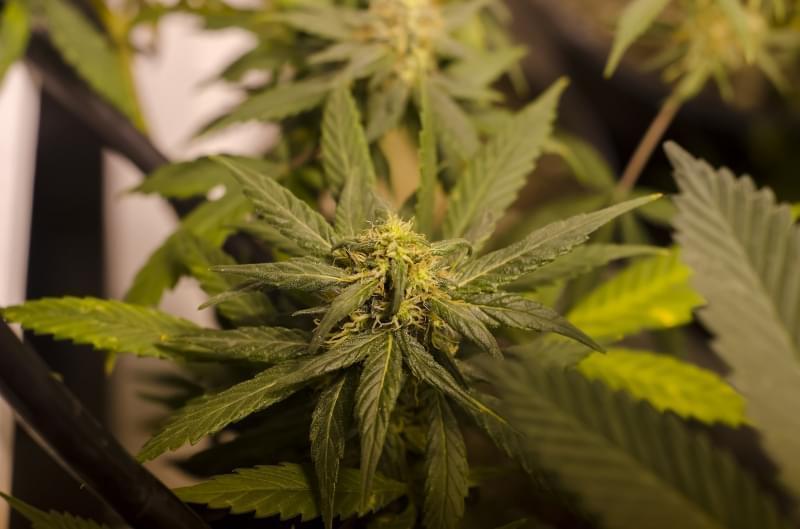