WILL-TV documentaries have won numerous awards and honors over many years.  Here is a complete list. 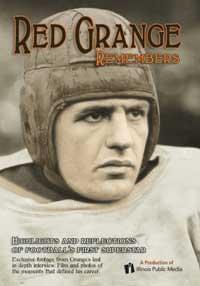 Nicknamed the Galloping Ghost, Harold "Red" Grange was a three-time All-American halfback from the University of Illinois who helped launch professional football as a player for the Chicago Bears.

Red Grange Remembers, produced by Denise La Grassa, features never-before-broadcast portions of Grange's last significant video interview, interspersed with photos and film of his career. Included is new footage of Kemper Peacock, the man who interviewed Grange in 1982, describing their interaction and how Grange was such a powerful presence that he seemed to "climb through the camera." Grange talks about how he handled his lifelong status as a sports hero; his relationships with Ty Cobb, Jack Dempsey, Babe Ruth and other sports figures; why baseball is his true sports passion; how he almost decided to give up on football; how he acquired his second nickname; and the evolution of professional football. 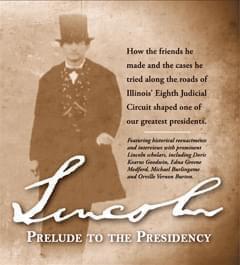 As a lawyer traveling Illinois' Eighth Judicial Circuit, Abraham Lincoln made two simultaneous journeys. He gained respect as a skilled attorney and mesmerizing speaker, but he also built a political base and refined his views on the important issues of the day, many of which he would face in the White House. His experiences from 1837 to 1860 on muddy roads, in homes of friends and in courtrooms on the circuit guided him when he became president. WILL-TV's Lincoln: Prelude to the Presidency tells the story of the cases he tried and people he met during this critical period of his life. 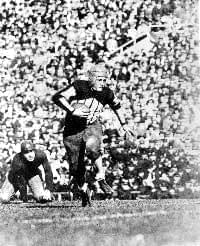 Football legends...architectural pioneers...war heroes...and steadfast Illini spirit. The surprising history of Memorial Stadium. The memories built in the 85 years since the stadium opened -- from the Galloping Ghost who emerged on dedication day, to crucial wins and losses, to the feats of players with names like Butkus, Grabowski, and Halas -- have made it a place of legend. WILL-TV looks at the legends and the history that have emerged within the limestone columns, and the spirit that is reawakened every game day at Memorial Stadium. 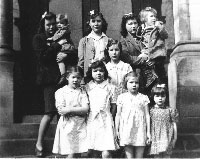 In March 1942, the 10 sisters of the Waggoner family walked with their mother and father into the Coles County courthouse, and slowly realized that it was the last time their family would ever be together. The sobbing sisters were literally pulled apart, and driven to different homes after a court proceeding made them wards of the state. The sisters have spent the last 65 years regaining the closeness they once shared. WILL-TV's new documentary by Tim Hartin pairs the tragic story of their childhood loss with the triumphant story of their work to become a family again.

For 6,000 women whose sons or husbands were lost in World War I and buried in foreign graves, a pilgrimage to see their loved one's final resting place brought a measure of comfort. WILL-TV's Gold Star Mothers: Pilgrimage of Remembrance examines these government-funded trips during the 1930s, a period when mothers reigned supreme in the eyes of the nation. The one-hour program intertwines the history of the pilgrimages and war with the social history of motherhood.

The Song and the Slogan

Celebrating the life and work of poet Carl Sandburg, this performance documentary features a musical adaptation of the poet's Prairie performed in a natural prairie setting. Opera star Jerry Hadley, who performs the work along with an ensemble of musicians, commissioned composer Daniel Steven Crafts to write the new chamber work with voice. Produced by Tim Hartin. 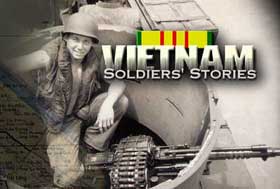 Illinois and Indiana Vietnam veterans reflect on their war experiences 25 years after the end of the war, talking about how those experiences shaped who they are today. The one-hour documentary features powerful stories woven with combat footage. Produced by Tim Hartin.

A one hour documentary that traces the impact of political life on a freshman congressman and his family from Illinois' historic 20th Congressional District. Distributed by PBS. Produced by Tim Hartin.

Walter Burley Griffin: In His Own Right

A one-hour, Emmy award winning documentary that profiles the life and work of Walter Burley Griffin, an American architect who designed buildings and imagined cities. Distributed by PBS+. Produced by Alison Davis.

Visit the website for Walter Burley Griffin: In His Own Right on pbs.org

Tarahumara: Pillars of the World

A one hour documentary that examines an indigenous culture under stress from the modern forces of change. Filmed on location in Mexico's Copper Canyon region. Distributed by CEN. Produced by Jack Kelly.

This award-winning documentary tells the compelling story of Jean Driscoll's attempt to become the first athlete to win seven consecutive Boston Marathons. Following Driscoll as she battles her way back from injury, the program examines her mental and physical preparation, and the creation of the racing chair that contributed to her victory. Distributed by CEN. Produced by Alison Davis.

The Holocaust: The View from the Heartland

A one hour documentary examining American knowledge of the events which led to the Holocaust; the extent of coverage in local newspapers, and the public reaction and response. Distributed by CEN. Produced by Jack Kelly.

A one hour documentary about an archaeological excavation of a 3rd century "domus" on the Palatine Hill in Rome, Italy. Distributed through the American Program Service. Produced by Jack Kelly.

A Year to Get Ready

This half-hour documentary chronicles the Mahomet-Seymour Marching Bulldogs' hard work and preparation for their appearance in the Rose Bowl Parade. Told in a series of vignettes that illustrate the dedication and struggle, the programs captures these talented kids. Distributed by CEN. Produced by Tim Hartin.

Ever wonder how tornadoes are formed or why the Midwest is a target for them? AM-580 meteorologist Ed Kieser traces the history and impact of tornadoes on central Illinois in this hour-long documentary. Produced by Jack Kelly (Not available for sale. Eligible libraries and schools may receive a free copy. Call Kate Dobrovolny at 217-333-1070 for more information.)

After Jackie: Black Baseball in the 1950s

This one-hour documentary looks at the life of black baseball players who barnstormed America in the 1950s as members of the Negro Baseball League. Distributed by CEN. Produced by Alison Davis & Rob Schober.

Upon A Quiet Landscape

This sensitive documentary explores the life and work of amateur photograph Frank Sadorus who captured rural life at the turn of the century on film. Sadorus, who was committed to the state mental institution by his family, was a self-taught photographer yet his pictures provide a stunning realism. Produced by Jeff Cunningham.

In 1964, Shozo Sato brought traditional Japanese art forms of tea ceremony, flower arranging, black ink painting and Kabuki theater to America as a visiting professor in both Theater and Art and Design at the University of Illinois. The remarkable career and philosophy of Shozo Sato is the subject of this half-hour documentary. It is the story of a man determined to bridge cultural gaps through art. Distributed by CEN. Produced by Leslie Epperson.

For nearly 75 years, the Chanute Air Force Base in Rantoul, IL played a vital role in the life of central Illinois, and in the history of America's Air Force. This one-hour documentary examines the history and impact of the base closing in 1990. Produced by Steve Parker.