Happy Anniversary to Me!

Only 25 years? Feels like a quarter-century!
by David Thiel

It was 25 years ago today (April 21) that I joined the WILL team. So much has changed since then...for me, for WILL, for the broadcast industry. It's my anniversary, and since there's unlikely to be cake, please indulge me in a look back!

I arrived at WILL-TV in 1989 as a mere babe of 24¾ years. Prior to that I'd had only 18 months of broadcasting experience, wearing several hats at WYIN-TV, a small public television station in Merrillville, Indiana. My familiarity with the peculiar traffic software used by both stations helped me land the traffic manager job at WILL. 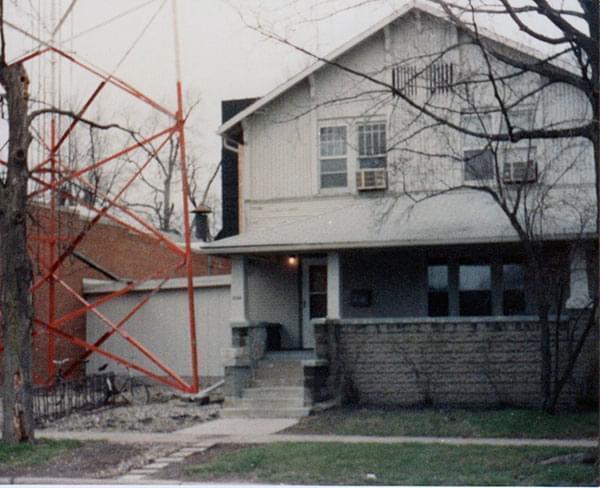 Back then, WILL-TV was housed in a hodgepodge of repurposed buildings. The programming and engineering departments were quartered in a dilapidated former bakery that connected to two other structures. While the attached TV studio had been built expressly as a broadcast facility, the front office and development staff were housed in...a house. You'd pass the porch swing, walk in through the front door and find the receptionist sitting in what had once been a living room.

The complex as a whole may--or may not--have seen better days. The bakery smelled funky, and it leaked. Ceiling tiles would come crashing down. My supervisor and I made a pact: she would deal with the spiders, and I would handle the mice.

The remaining TV staff worked out of houses and storefronts dotted around the immediate neighborhood, and WILL Radio was halfway across the University of Illinois campus in Gregory Hall. Volunteering to work the radio pledge drive meant a mile hike both ways. 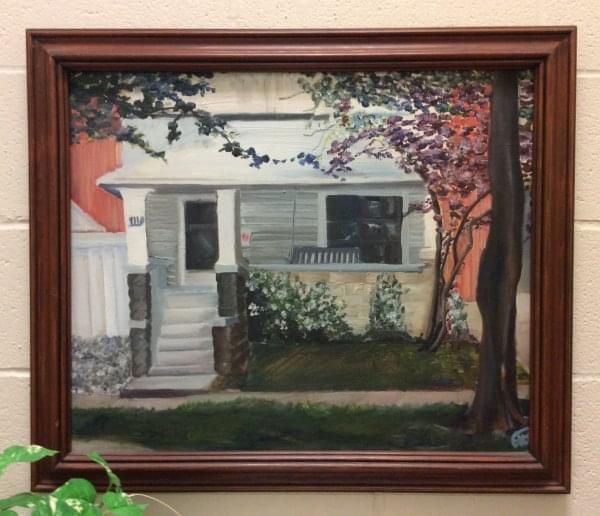 It took a full decade before we all came together in our current facility at Campbell Hall, built directly behind the old bakery. My office is literally a couple hundred feet from where I started out 25 years ago. (The painting of the old WILL-TV house at right was given to us in 1982 by artist Carolyn Faucett Knox, and still hangs in the Campbell Hall stairwell.)

TV operations were different back then. Videotapes were 10 lb. reels contained in plastic platters, and movies arrived on 16 mm film. Our between-show graphics were slides. We signed off about 12:30 am (to the tune of "By thy rivers gently flowing, Illinois, Illinois") and returned at 6:45 am with AM Weather.

There were two standing sets in the studio: the homey "study" from which Thomas Guback hosted our film showcase Silver Screen, and a replica of the "123 Sesame Street" brownstone used for live pledge breaks during our daytime kids' programming. Back then, one of our pledge "talents" was a furry humanoid named "Clifford" who bore a resemblance to a certain cookie-munching Muppet, but for legal reasons wore an oversized bowtie and purported to be a (presumably distant) cousin. The role was vacant, and as a lifelong ham, I jumped at the chance to don the blue fur.

So much has changed since then. These days I'm the "content director" for both WILL-TV and Radio, and work alongside the FM classical music hosts. WILL-TV broadcasts three simultaneous 24-hour channels. Most of the shows we archive reside on file servers. The study and brownstone sets were dismantled. "Clifford" was buried in an unmarked, shallow grave. The leaky bakery met with a wrecking ball, and only a few of us remain who remember afternoon breaks on the porch swing.