Sundays Will Be Timey-Wimey

If you're a super-fan of our Sunday night British dramas you may have heard that, on occasion, the PBS version of a given episode hasn't included a scene that was part of the original United Kingdom broadcast.

Why does that happen? Well, it's due to one of those cultural differences about England that we Americans find so quaint. You know, like driving on the wrong side of the road, or saying "pants" to mean "underwear." In this case, it's their casual indifference to starting TV programs at the top and bottom of the hour.

Here's a typical Sunday night schedule on BBC One. 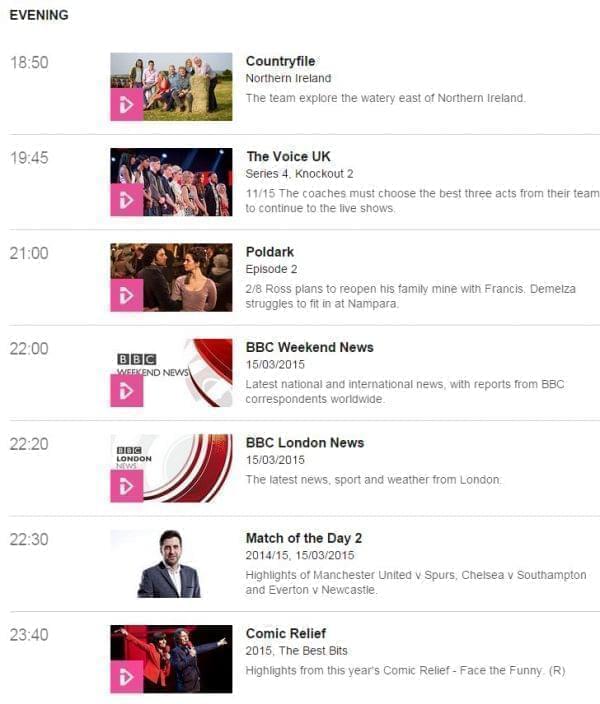 As you can see, a program might start at 7:45, or 11:40 pm. It could be 55 minutes, or 75, or even 10 minutes long. And those running times don't include commercials, because the BBC doesn't have any. So, that 55 minute show really is 55 minutes, which can be a problem when they try to sell it abroad.

In the United States, an hour-long show on a commercial TV station actually runs about 40-42 minutes, the better to include plenty of ads for medicines with long lists of potential side-effects. The standard length of a PBS program is about 57 minutes, though the actual program content is more likely 54-55 once elements such as national funders and Masterpiece host segments are factored in.

Now, some British dramas are intentionally produced to a typical commercial TV length in order to better sell them abroad, but even those may have special, longer episodes at Christmastime.

All of this is to explain why PBS has at times had to edit shows in order to fit them into an hour time-slot on American television. But that's going to change later this month, as PBS has announced that they will be allowing their Sunday dramas to run their natural lengths. Beginning March 29 with the season premieres of Call the Midwife and Mr. Selfridge, you're going to see programs starting at odd times.

Call the Midwife will air on WILL-TV at 7:00 pm, but the episodes will run about 63 minutes each. Mr. Selfridge will begin at 8:05 pm local time. (Selfridge runs short of an hour, so it will fit neatly into the remaining portion of its time slot.) And when the new miniseries Wolf Hall begins on April 5 at 9:00 pm, that first episode will be 67 minutes long. (Subsequent episodes will be closer to 65 minutes.)

If you're recording these programs for later viewing, you may need to take care to ensure that you don't miss anything. Since these timings will be standard across the nation, many of the electronic program guides that tell your DVRs when to start and end a recording will know to leave a little extra time. But I wouldn't count on that. Just to be safe, I'd suggest manually adding perhaps 10 minutes to the timer for both Midwife and Wolf Hall.