Catholic Charities of the Archdiocese of Chicago is the largest service provider not just in Illinois, but the Midwest. The tab the state currently owes them because of the ongoing budget impasse? $25 million and counting.

That, said Monsignor Michael Boland, means the social service provider, which has an annual budget of $200 million, is facing an unprecedented - and dangerous situation.

“With the impasse that is going on in Springfield, many of the agencies that take care of the poorest people in the state are just in crisis. Some are closing, some have cut their intake, some have cut their hours of operations,” said Monsignor Michael M. Boland, its president and CEO.

He said the larger fabric of social service operations in the state has been weakened. In some areas of the state there is simply no longer any access to the same services anymore.

As of last week, the state owed Catholic Charities about $26 million to fund services that include senior care, early childhood education and care and aid for the homeless. The agency said that 92 percent of its budget goes directly to programs, so there isn’t much room to trim. But the organization is dealing with the lack of money by instituting a hiring freeze and budget cuts.

The monsignor says that we as a state need to “step up” and care for the neediest members of community and that the debate over a balanced budget versus no budget should not happen on the backs of the poor.

“These are really just tremendous challenges for all people who are struggling, and one of the things they don’t need is an obstacle to be put into their place again,” said Boland.

He says that all of Catholic Charities’ early childhood centers are in areas of “great challenges” and that having centers in those communities gives parents safe, affordable child care allowing both parents to work. If they lose that care, he says, they can’t work, and if they can’t work families often “spiral deeper into poverty.” Those families, he says, have the potential of becoming homeless and in need of even greater social services.

“When you go into eight months without a budget, every day you can read about different agencies that have closed their intake or closed down, said Boland. “So yes, there is a tremendous challenge, but the challenge for all of us is trying to encourage the elected officials to be able to take on the responsibilities they have in their office, to be able to make sure we have a budget so that these individuals, whether they are in a rural community or in a large urban center like Chicago, are actually being taken care of.”

Last week, Monsignor Doland sent out letters to Chicago parishioners urging them to contact lawmakers. He says they need to that every 30 seconds someone counts on Catholic Charities, and that citizens need to tell lawmakers, we're "counting on you, too". 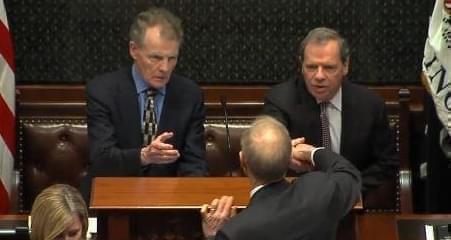 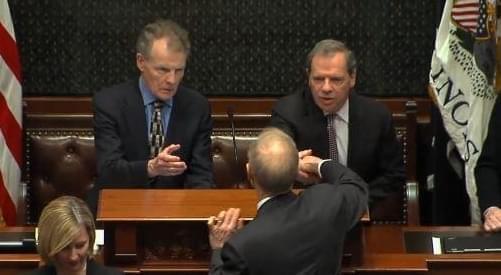