Live From Research Park At The University of Illinois

On the 21st: We're live from EnterpriseWorks at the University of Illinois’ Research Park, home to tech startups and businesses. We spoke to student entrepreneurs and community members about startups, and what it takes to attract talent to this college town. And we also talked to people trying to push the envelope on cycling and public transit in Champaign-Urbana.

The Director of Research Park, Laura Frerichs, joined us to talk more about what the startup community looks like here in Champaign-Urbana. We also spoke with the co-founder and CEO of EarthSense, Chimay Soman, who has been developing a robot designed to help with agriculture.

Michael Friedman and Dave Cohen the co-founders of Petronics, a startup that makes robots for cats, also joined us to talk about their research.

Cross a "roomba with a John Deere," and you might have the technology that @chinmay7 develops at @EarthSense_Inc https://t.co/7Owd425PhI @UIResearchPark @iVenture_UofI

The University of Illinois also has an iVenture program which is an accelerator for students who want to run their own startups.

Teresa Yang is one of the students who's sponsored by iVenture. Yang is the co-founder of PhantomCor and she’s a senior majoring in bioengineering. Her startup is working on designing a medical device that will simulate the human heart.

Kendall Furbee, the co-founder of Cut To The Case, also joined us to discuss her experience with iVenture and the social benefits of here startup. She’s also a senior majoring in materials science.

Kendall Furbee is a senior at @IllinoisMatSE. She founded @cut2thecase, which works to increase transparency in the sexual assault investigation process.

"I feel like I've found a lot of support, especially as a female co-founder."

If you’ve been on the U of I campus this fall, maybe you’ve noticed a new set of teal bikes around town. It’s a new bike share program that’s been launched by Veoride, a popular bike-share company, in affiliation with the University and the city governments.

We talked about what a robust public transit system looks like - and if Champaign-Urbana has it.

Joining us on the show from the University was Lily Wilcock, Visiting Active Transportation Coordinator at U of I. Jane Sullivan, the Grants Manager and Sustainability Planner for Champaign-Urbana's Mass Transit District, also shared her insights with us. And Leo Covis, Chairman of Champaign County Bikes, was with us as well. 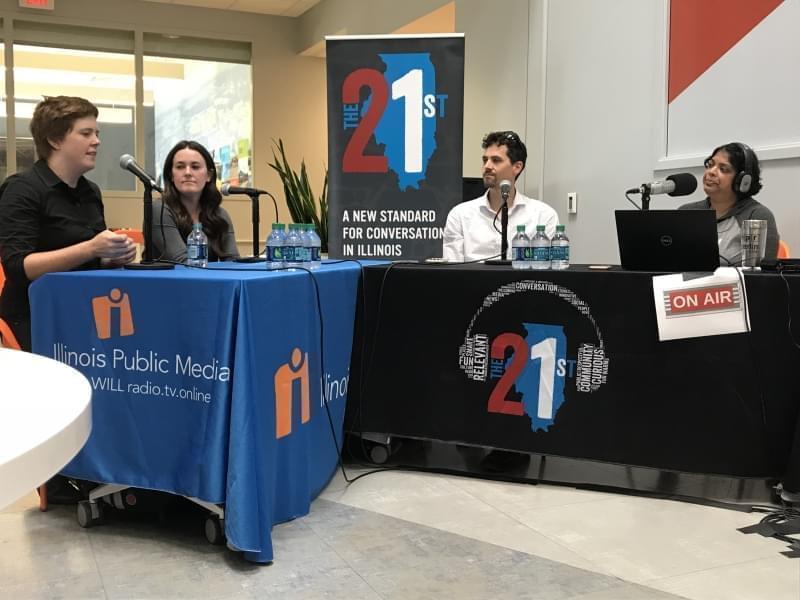