‘Inventor of the Future’ sketches complicated portrait of Buckminster Fuller

R. Buckminster Fuller was an inventor, architect, and futurist. He’s best known for geodesic domes — built with interlocking triangles. You can still see them today in Montreal, where one was a centerpiece of Expo 67, and at Walt Disney World’s Epcot Center in Florida.

But Fuller was about more than domes. He saw himself as prophet for technology and how it could be put to use in solving poverty and other problems of humanity. But the reality of his life was more complicated — and troubling — than the mythology he presented to the public.

Fuller lived from 1895 to 1983, and in that time he interacted with luminaries from Albert Einstein to Steve Jobs. He was a countercultural icon, and inspired a generation of designers and entrepreneurs in Silicon Valley. He also spent significant parts of his life in Illinois, first in Chicago and later as a star professor at Southern Illinois University Carbondale. 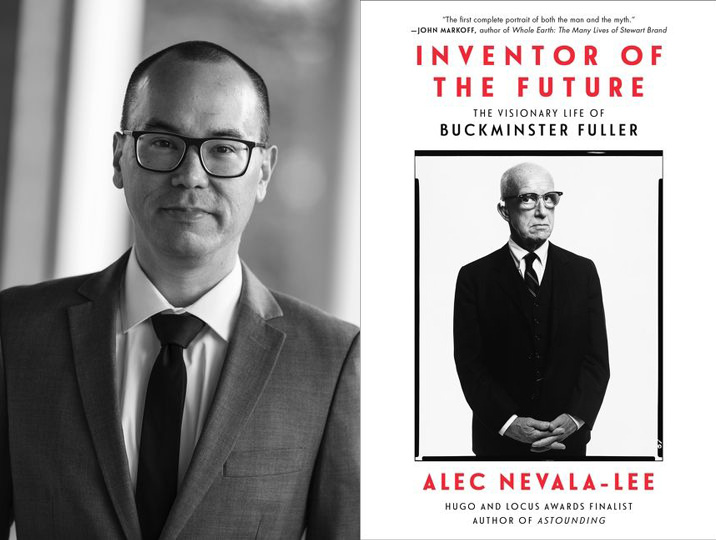 Fuller’s life is the subject a new biography by the writer Alec Nevala-Lee. It’s called Inventor of the Future: The Visionary Life of Buckminster Fuller.

Witold Rybczynski, writing in The New York Times Book Review, says, “The strength of this carefully researched and fair-minded biography is that the reader comes away with a greater understanding of a deeply complicated individual who overcame obstacles — many of his own making — to achieve a kind of imperfect greatness.”

Nevala-Lee, who is based in Oak Park, Illinois, was previously on The 21st Show in 2018, when he spoke with then-host Niala Boodhoo about his book “Astounding: John W. Campbell, Isaac Asimov, Robert A. Heinlein, L. Ron Hubbard, and the Golden Age of Science Fiction.”