Best Of: Jill Ellis on soccer, Illinois and winning

Jill Ellis coached the US National Women’s Soccer Team to two World Cup Championships! But in 1997, her first head coaching job was at the University of Illinois when the team was brand new. Now she’s returning to campus as this year’s commencement speaker.

We're excited to hear from former @IlliniSoccer coach Jill Ellis, who won back-to-back FIFA Women’s World Cups as coach of the U.S. Women’s National Team, and this year's featured speaker at the U of I Commencement Ceremony!https://t.co/SBoSprk5mI 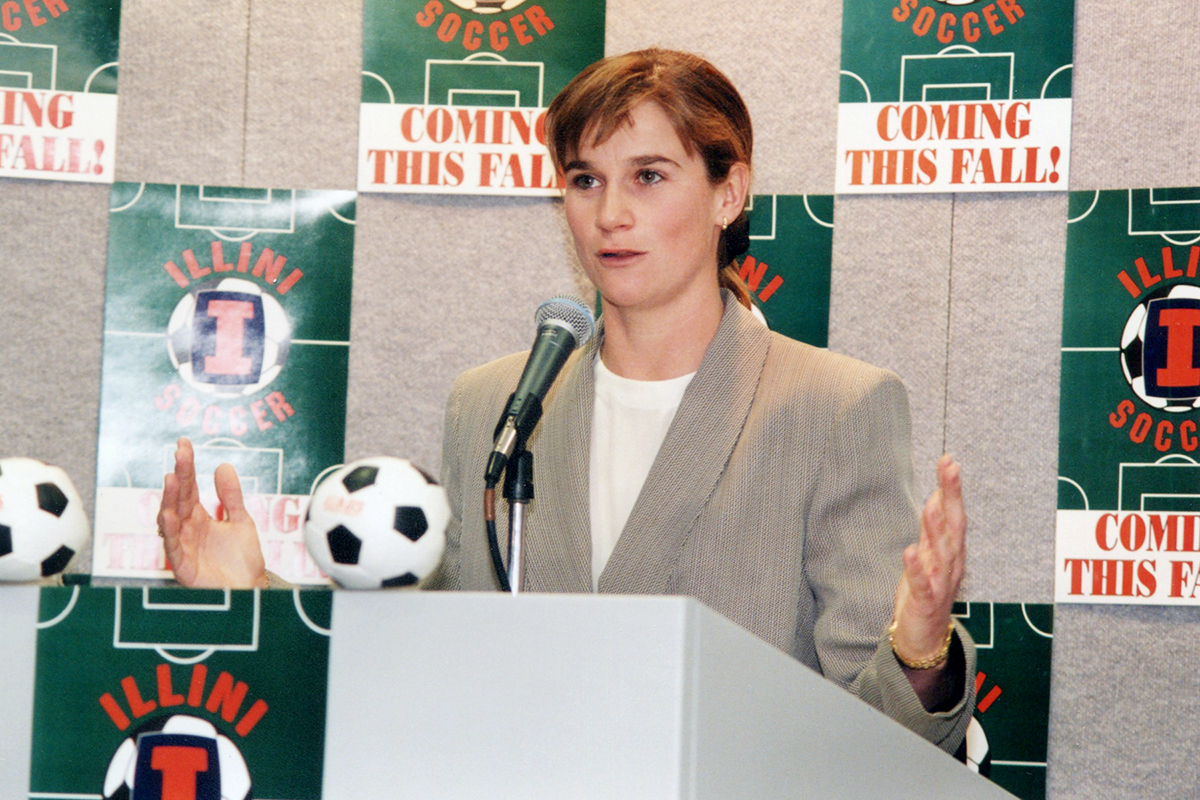 Jill Ellis addresses the news media in 1997 prior to her first season as head coach of the University of Illinois at Urbana-Champaign women’s soccer team, which also was the program’s first year. - Illinois Athletics

Prepared for web by Zainab Qureshi.