Juneteenth, a day to celebrate the end of slavery in United States, is coming up. It commemorates June 19, 1865, when a Union Army general brought word to enslaved people in Texas that they had legally been freed. This was two years after Lincoln’s Emancipation Proclamation ended slavery in the rebel states — including Texas.

The 21st spoke with Dr. Sundiata Cha-Jua, a professor of African-American history at the University of Illinois Urbana-Champaign. He wrote a book about an Illinois town founded by people fleeing slavery in Missouri, called America’s First Black Town: Brooklyn, Illinois, 1830-1915.

Dr. Sundiata Cha-Jua
Associate Professor in the Departments of African American Studies and History at the University of Illinois at Urbana-Champaign 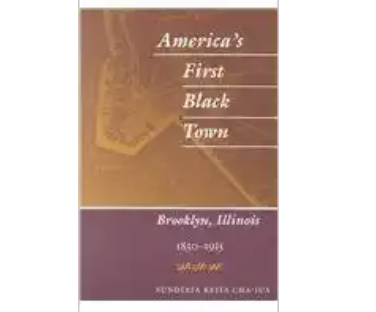