When did humans actually arrive in the Americas?

For decades, archeologists have debated when humans first set foot in North America. Recently discovered ancient footprints in New Mexico are offering some clues to when people first inhabited the continent we call home, which could alter the widely accepted timeline for when humans first lived in North America by thousands of years. We talked about it with two research geologists from the U.S. Geological Survey. 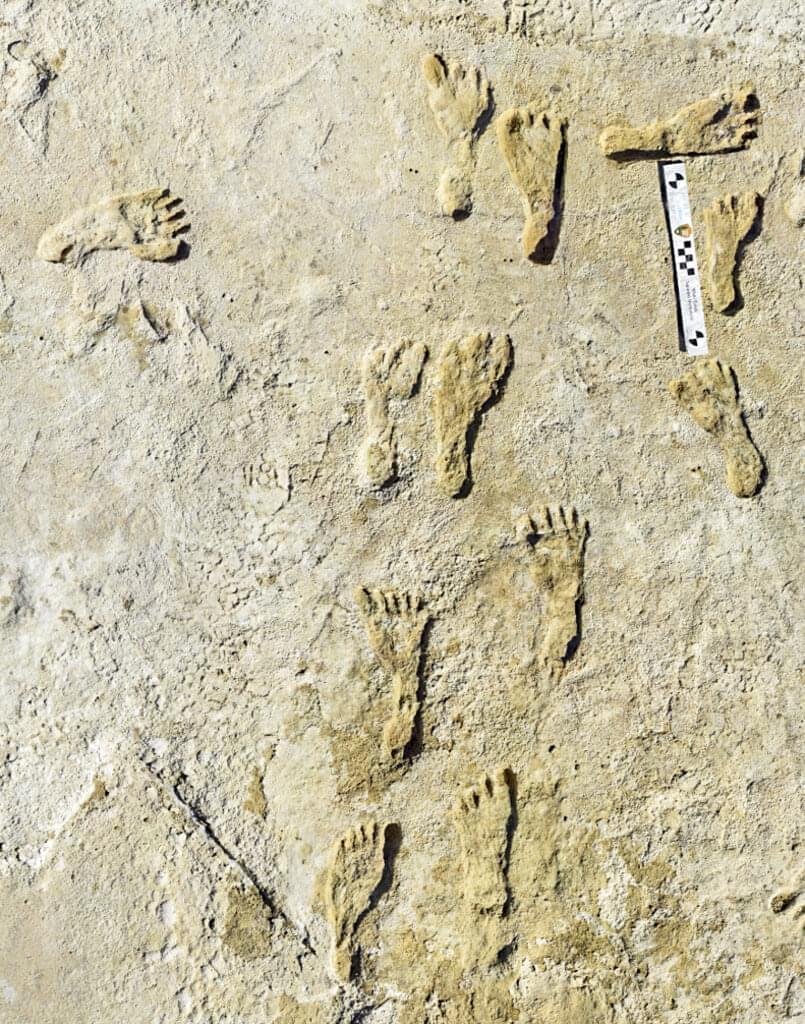 This undated photo made available by the National Park Service in September 2021 shows fossilized human fossilized footprints at the White Sands National Park in New Mexico. According to a report published in the journal Science on Thursday, Sept. 23, 2021, the impressions indicate that early humans were walking across North America around 23,000 years ago, much earlier than scientists previously thought. (NSP/AP)

Footprints found in New Mexico date back to the Ice Age, a study found, suggesting humans arrived in the Americas before the glaciers melted. https://t.co/QZ9hGwjuml