Heavens to Murgatroyd - take a few weeks off in late summer to attend to various types of business and SPORTS HAPPEN. Lawz. Seriously, though - we're a bit late with this one. Sorry about that.

OK! We started things off with an Olympic recap talking about our chosen sports - Brian was staying caught up with steeplechase, Lisa with table tennis, and John had trampoline gymnastics. We had thoughts. We had reactions. We even texted each other about it while it was happening over the weekend. 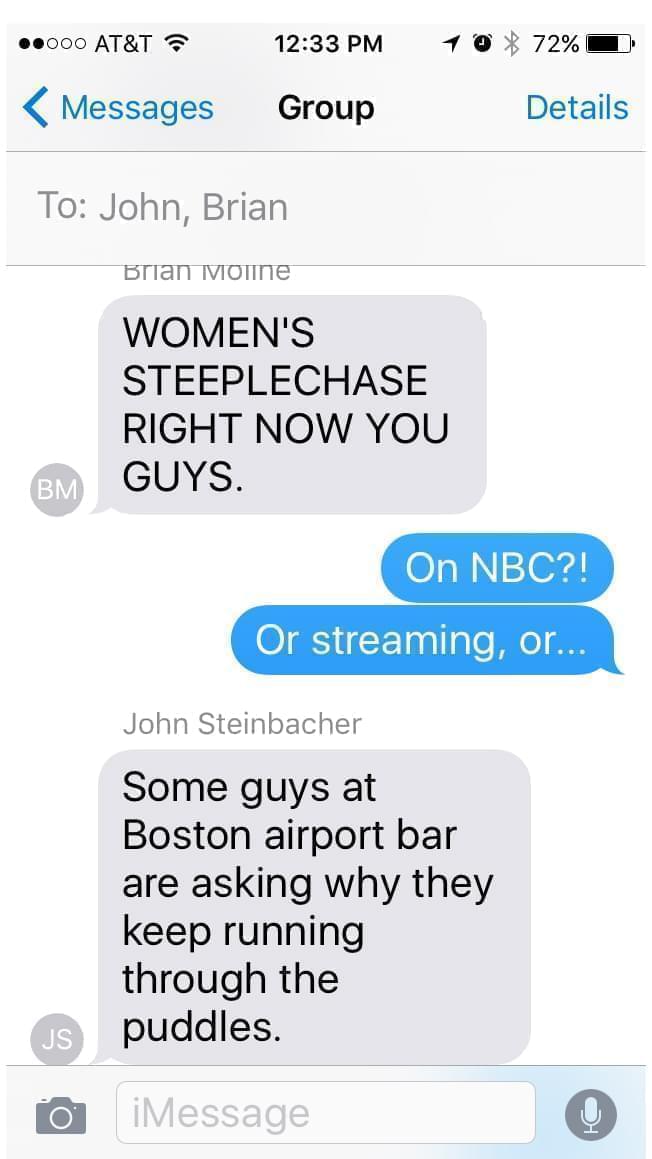 We then engaged in a general roundup of our impressions of Olympics thus far - robberies, the diving pool, long lines for food, low-appearing attendance, etc.

Were we done talking about the Olympics after all that? Nope. We then brought in Travis "T-Dawg" Tate for BNDWGN's latest "Better Tate Than Never" segment. We really wanted to get his thoughts on the PR and marketing of athletes after the Olympics - what's going to happen to Michael Phelps? Simone Biles? Hope Solo? The oiled up guy from Tonga in the opening ceremonies? Travis obliged us, even mentioning the fate of former Olympian/U of I gymnast (now U of I coach) Justin Spring. Here, have a video from the 2008 Olympics:

It was John's turn to bring in the rivalry of the week, and his offering of the Mary Decker - Zola Budd rivalry/kerfuffle from 1984's Olympic Games did not disappoint. [Lisa remembers it actually happening - it took place while her family was vacationing near Lake Ontario and was a HUGE DEAL, but we digress.]

We wrapped things up with our usual social media discussion. Brian and John found some funny stuff; Lisa pondered social media's effect on Olympics coverage and wondered why disappointment was "adorable" for one American gymnast in 2012, but "attitude" for another in 2016. Oh, social media. What would we do without you?

We'll be back with more sports & whatnot the week of 8/29 - until then, follow us @bndwgnpdcst on Twitter to get the latest, let us know what you think, offer up some suggestions, praise us, etc. Ciao!