Does brittle prickly pear cactus have a future in the Midwest?

Most people associate cacti with the Southwestern United States, but one cactus –Brittle Prickly Pear – is found in the Midwest and as far north as Canada. You may not even realize these tiny cacti are in our backyard. They grow in clumps branching along the ground, connected by easily detachable fleshy green oval pads with long thorny spines all over, and they rarely get taller than your hand.

Given its ability to thrive in cold conditions, ecologists may f 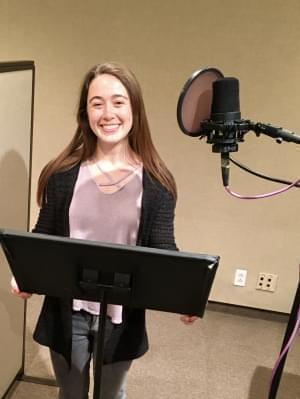 nd it strange that Brittle Prickly Pear isn’t found in the East Coast. There are some experts looking into the why.

Enter Dr. Eric Ribbens, Professor of Biology at Western Illinois University and leading expert on Brittle Prickly Pear. He has spent over 25 years studying this little cactus and may point us in the right direction.

One of his articles based on data collected around the Midwest, is published in Haseltonia’s 2012 journal and describes his findings. Dr. Ribbens and fellow researcher Lucas Majure used a common tool called ecological niche modeling. They used environmental variables to predict reasons why Brittle Prickly Pear has a distribution across the Midwest, but not the Eastern United States.

One factor is that Brittle Prickly Pear only blooms when it has a lot of resources, so setting seed in new places doesn’t happen very often. Using chromosome counts, Ribbens and Majure were able to look at the dispersal of Brittle Prickly Pear and how it matches the movement of Bison and other large mammals historically. The furthest Southeast Brittle Prickly Pear has been found is in Northwest Illinois, and it is registered as endangered in Illinois in the USDA Plants Database.

Based on Ribbens’ and Majure’s ecological niche model, Brittle Prickly Pear would not survive well in the East Coast based on the sporadic precipitation patterns and constant temperature throughout the year. Comparingly, the little cacti thrive in the Midwest due to the consistent rainfall patterns and the large seasonal shifts in temperature.

Dr. Brenda Molano-Florez, Plant Ecologist at the University of Illinois, shares that “many land managers use ecological niche modeling to try and predict what will happen to rare plants” in the future, and it largely depends on rainfall and temperature.

When discussing rare plant conservation in conjunction with a changing climate, there is a lot of unknowns, but using a variety of environmental factors— soil type, precipitation, and rainfall— help contribute to understanding future models better.

In a discussion with Dr. Ribbens, he predicted that “climate change will be really hard on [Brittle Prickly Pear]” because of their inability to move around very well.

Fortunately, conservation efforts are being employed as to not lose the species. Hand pollination, seed banking, and assistant migration are all used to help protect and increase native populations.

For however long the Superfund site is protected, Brittle Prickly Pear will persist, but in the future will there be a habitat for our hardy little cacti? Can the species reach predicted areas through other dispersal methods? Future research may be needed, but ultimately, only time will tell.