Getting Ready For Our Close-Up

The latest about our farm-to-table film project.

Director of Photography Tim Meyers and I have been filming for months out at Prairie Fruits Farm for a documentary about the arc of a farm-to table meal that begins - and ends -  on the farm. The filming has been happening since June - we've been gathering interviews, capturing footage, and occasionally battling the elements (the one day we got up super-early to capture the sunrise, the [unpredicted] clouds were low and thick and made for a wholly unphotogenic morning sky. Ah, well. We'll try again). Shooting is nearly complete; as soon as it's done, the editing - the stitching it all together - gets underway. We'll be working very hard these next 8 weeks - the program will be broadcast on WILL-TV in December.

Watch this space for blog entries about the progress of the project as it nears completion. It might be just a photo. It might be a lengthy entry about something we saw or experienced out on the farm - while it's only a few miles north of Urbana-Champaign, it can seem like another planet entirely (in the good way). This blog is a way for you to see the farm the way we saw it, including how dinner came to be and comes to be every year, as the farm cycles through the seasons. 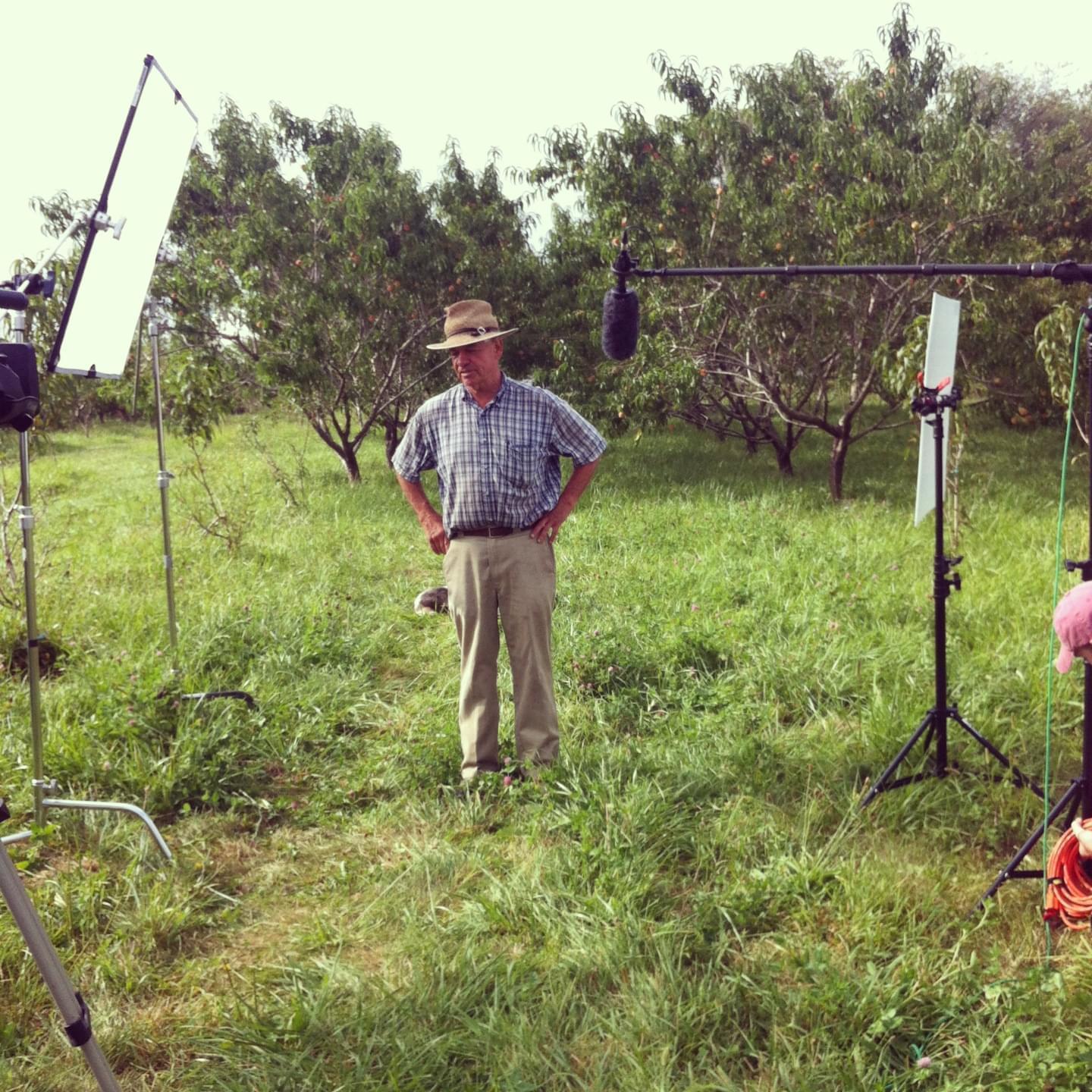