University of Illinois at Urbana-Champaign grad, PADI divemaster and US Paralympian Ryan Chalmers has pushed himself nearly 3,000 miles over the course of the last few months in his racing wheelchair, journeying the length of three to four full length marathons every day. In a 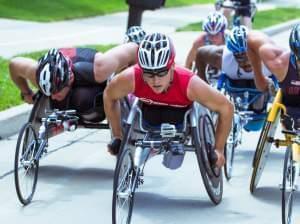 campaign he called “Push Across America,” Ryan traveled  from Los Angeles, California to Central Park in New York City to raise awareness and money for programs to benefit people with disabilities. To start this hour of Focus, host Jim Meadows talks with Chalmers about the trek now that he has finished his journey. Then, we’ll listen back to Jim’s interview with Ryan when he came through Champaign-Urbana in the middle of his push in late May.