Star Wars fans are waiting anxiously to see what Disney does with Star Wars when Episode VII: The Force Awakens opens on December 18th. Adam Bray is excited. He’s one of the authors of a forthcoming Star Wars guide, Ultimate Star Wars, that sets the stage for Episode VII. 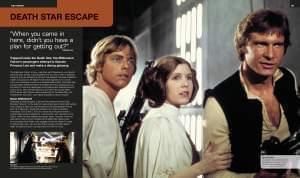 “This is a landmark book for Lucasfilm and for the Star Wars universe as well. What it does is establish what is considered Star Wars canon right now, which is what is the official story and the official history and the official facts right now,” said Bray. “So what this book does is it establishes the foundation of Star Wars going forward and getting ready for the upcoming movie. It’s everything you need to know to jump into the new movies and books and comics and things.”

Since Episode VI: Return of the Jedi, fans have continued the story though a number of books and comics, often with the blessing of George Lucas since he had no plans for further films. After Disney purchased the Star Wars universe from Lucasfilm in October 2012 and began work on Episode VII they decided to go forward with only what has happened since Episode VI: Return of the Jedi as fact. 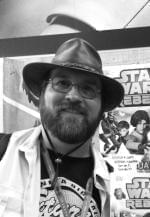 Everything after that happened after that in books or comics has been classified as "Legend." Some fans are concerned by this decision but Bray isn't one of them. He says it'll give Disney the flexibility it needs to make a better movie and besides "It doesn’t mean they won't use this material at some point," said Bray. "In Ultimate Star Wars we have drawn a little bit here and there from comics or novels."

"I think fans will just have to wait and see what comes back, but for right now it's considered legend and, like real-world legends, some of it may be true and some of may not be," said Bray.

Bray said that he enjoyed learning more about the Star Wars universe, particularly when fleshing out the backstory of minor characters.

“So for instance Momaw Nadon the hammer head in the cantina – I talk about the garden he has up in the mountains on Tatooine and him hiding rebel spies back at his place,” said Bray.

If you would like to talk with Bray yourself you can find him at two events in Illinois: