70 Years After World War II Ends: A Local Look Back

When Carlos Harrison started researching Hero Street in Silvis, Ill., he found that the men who came home, and their families, wanted to talk.

He’d hear from them the same refrain –

“Please tell this story so that people won’t do it again.”

In particular, Harrison remembers those words from the wife of a B-17 bomber pilot who flew with one of the soldiers from Hero Street. 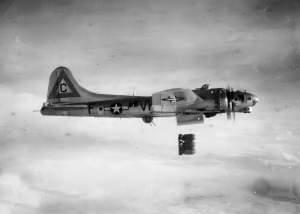 On one mission they received three direct hits and the plane burst into flames – the fire traveling though the oxygen lines, burning the men’s chests and throats.

The pilot came home, but he came home scarred.

“Every. Single. Day. Since he came home he would wake up at some point in the night screaming and in cold sweat because he was still trying to save another one of the guys on the plane,” his wife told Harrison.

One of the men he was trying to save was Tony Pompa of Hero Street.

From Second Street To Hero Street 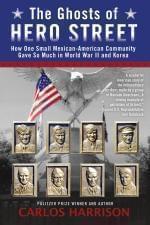 Harrison spent five years collecting the stories of the men and boys who went to fight in World War II, and recently released the book, The Ghosts Of Hero Street: How One Small Mexican-American Community Gave So Much in World-War II and Korea.

He pieced together the stories from converstions with some of the men and their families, military records, newspaper and magazine articles, and books. 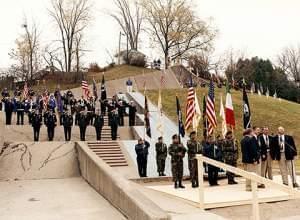 Harrison writes in the book that the Department of Defense has vouched from military records that the families of what was then called Second Street sent more of their children to serve in World War II and Korea than the residents of any other similarly sized stretch in the country. Because of that distinction, the street was renamed on Memorial Day, 1968 from Second Street to Hero Street. To the right is a picture from the dedication ceremony.

“In all,” Harrison writes, “the twenty-two families who lived on that one street sent fifty-seven of their children to fight. Eight died.” Some combination of those 22 fought in every theater, in every major battle, and through them Harrison shares a vivid portrait of the war.

"I really wanted to tell the story, so I put in the time and I'm very glad I did. I learned a lot," Harrison said.

Memories Of The War Years

On Friday's show, we dive into some of the stories and realties Harrison uncovered, as well as talk with people from Champaign-Urbana and the surrounding area who went to fight and who suppported the war from here at home to paint a picture of what the town was like during the war.

Kathleen Ann Rook says Champaign-Urbana was always busy – she spent much of the war volunteering at the USO where Champaign's Neil Street Post Office is now or at Rantoul's Chanute Air Force Base, one of the many training grounds in the area. Rook completed over 300 hours of volunteering for the war effort. 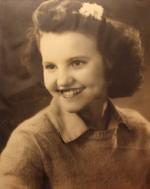 "Life was very exciting. We had the army up at Chanute Field, and we had Navy up on the Campus -- they were in training just like Chanute," said Rook.

She had four brothers, a brother-in-law and her husband serving in a range of branches. "Army ... Navy ... I wrote to them and sent them cookies and things to help them through. Mercifully, they all came home uninjured.

Rook doesn’t have a lot of specific memories of the war but she does vividly remember the day she learned the war was over.

"I was downtown Champaign dancing in the streets! Everybody was dancing!"

Corporal Sam Weldon describes how a recruiting poster outside the Springer Building in Champaign made him look forward to being drafted at 18, and led him to request the Marines. Weldon served in the Pacific theater as a member of the 4th Marines Division. 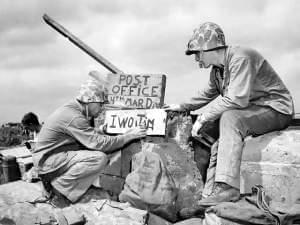 Once he got to the war front, however, he found a very different reality than that recruitment poster. Weldon was part of the second wave to land on Iwo Jima. He describes taking cover from heavy shelling within minutes of landing on the beach and manning the skirmish lines for days.

"A lot of guys died. It was so bad that the band with the burial detail could not pick them up individually. They got trucks," said Weldon. "There were 6,000 Marines dead in 30 days. When you leave the island and you look back and see all those crosses, hey, some of those men were my friends. I didn’t even have time to visit the graveyard.”

Weldon says that despite the horrors he would do it all again. "If I were 18 today and there was a war on, I’d do the same thing. To me it was the hardest, and the toughest and the meanest and yet…”

Weldon's interview came from WILL's previous WWII Oral History Project. In the show we also hear from two more people who participated in the oral history project Alice Lain and George Meyers. Their full interviews can be found on the project page.

WQPT, the PBS affiliate in the Quad Cities, partnered with Fourth Wall Films to produce a documentary about the soldiers from Hero Street focusing on Frank Sandoval. The movie trailer is below.