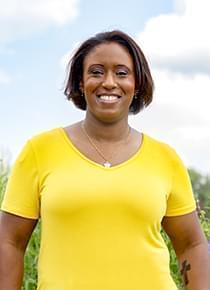 East central Illinois viewers might recognize Tinisha from her days at WCIA, where she served as both a news reporter and anchor. Since then Tinisha has been working in her hometown of Danville, IL. Most recently she has been working toward getting her certification in the University of Illinois Extension’s Illinois Master Gardener program.

Tinisha now brings her love for gardening and her broadcast experience together. Although many of us might find gardening intimidating, Tinisha doesn't think that way. "If you've got a dollar for a pack of seeds and a few minutes, you can do it," she says. 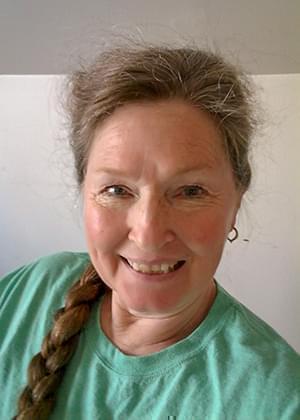 Martie grew up in southern Illinois, surrounded by a gardening family in a farming community. One of her earliest memories, at 3 or 4 years old, is walking around in her yard with my Mom, looking for peony and daffodil shoots in the Spring. Martie moved to the Champaign area in the ‘80s and began working at the University of Illinois, in Plant Pathology, Horticulture, and Grounds. And retirement wouldn't keep her nails clean for long. She began working as a landscaper for myself! 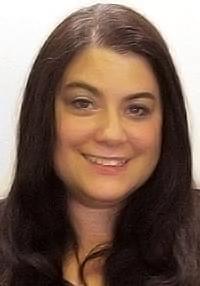 Kelly Allsup is the University of Illinois Horticulture Educator serving the communities in Livingston, McLean and Woodford counties. Her primary focus and interests are organic methods of gardening, beneficial insects and pollinators, trees and vegetable gardening. Before joining Extension, Kelly was a Research Greenhouse Specialist for the University of Illinois. Her expertise includes Greenhouse Management and Production, Integrated Pest Management and General Horticulture.

Jim is the Illinois State Climatologist at the Illinois State Water Survey, a division of the Institution of Natural Resource Sustainability at the University of Illinois Urbana-Champaign. He divides his time between doing applied research and outreach/education on climate issues facing Illinois. He maintains an extensive archive of historical climate data dating back to the mid-1800s. Jim is available to field questions from individuals and gives frequent talks around the state. Jim has a long-time interest in the impacts of weather and climate on the garden. "Every year the weather in Illinois brings new challenges to gardening, as a result I'm always learning new things in my garden," says Jim.

Jim is an entomologist, retired associate professor in the Department of Natural Resources and Environmental Sciences at the University of Illinois, and a Principal Scientist at the Illinois Natural History Survey. In Illinois Jim taught a course on the insects and mites of forest and ornamental trees, shrubs and flowers. He is particularly interested in the life histories of these creatures, and being a panelist on Mid-American Gardener keeps him informed about current insect problems in the average Midwestern landscape and garden.

Dyke is the owner of Barkley Farms Nurseries located in Paris, Ill., established in 1992 on the family farm. His nursery is known for growing and propagating hundreds of perennials, ornamental grasses, flowering shrubs, and trees. Dyke was responsible for the creation of the Horticulture/Landscaping program at Lake Land College, and is currently the instructor of horticulture and agro-ecology courses. Dyke has spoken to many groups and seminars as well as taught Master Gardener classes in the two-state area. His favorite pastime is to get people enthused about planting plants. He is a self-proclaimed plant geek, and his students would agree he loves to talk about plants. 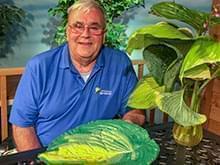 In 1994, John took the University of Illinois master gardener class, the first offered in Vermilion County. Eager to get the message out that the program existed, the gardeners, including Jean Eisenhauer and John, started a master gardener radio show on WDAN radio. Not long afterwards, John began appearing on Mid-American Gardener. He became interested in gardening when he helped his grandfather pick raspberries and vegetables in his garden. "My children and now my grandchildren enjoy helping me in my gardens," John said. "I continue to learn more about plants each year. When someone asks a question I don't know, I have to find the answer and that helps me expand my knowledge for the next gardener. The more you know, the more you don't know" he said. 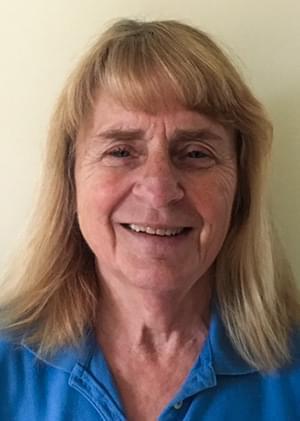 Kay’s love of gardening began at an early age “helping” her father in his vegetable garden and has continued throughout her life.

Kay is a Champaign County Master Gardener, a member and past-president of the Illinois Herb Association and has been a panelist on MidAmerican Gardener since 1995. She and her husband, Dave, live on 2.5 acres outside Monticello, IL. This has given her ample space to pursue her passion and retirement from the University has given her the time. Her areas of expertise are herbs, vegetables and seed saving. 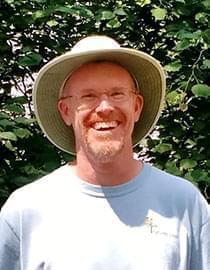 For over 20 years, Rusty has toiled as a professional landscape contractor after graduating from the University of Illinois at Urbana-Champaign with a Bachelor’s in Ornamental Horticulture. He has consulted and managed work on the grounds of notable sites such as Midway Airport and the United Center and also countless homeowners from the City of Chicago to Central Illinois.

Rusty is now a Partner and Horticulturist for Nature’s View, Inc. and a Past-President of the Illinois Landscape Contractors Association. He is interested in local ecology and looks to nature for solutions to today’s land use challenges. He enjoys going for hikes and kicking back with his family and friends around any fire pit.

Ella graduated from the University of Illinois in 1981 with a Bachelor of Science Degree in ornamental horticulture. She began her career at Getz-Edgemor Nursery in Morton, where she worked for seven years. She started at Hoerr Nursery in Peoria in 1989 and is currently the assistant manager of horticulture education in the garden center.

In 1991, Ella became a Certified Arborist with the International Society of Arboriculture. In 1993, through the Illinois Green Industry Association, she became an Illinois Certified Professional (ICN Pro). Ella has also been a Tazewell County Master Gardener since 2004. She is a member of several local garden clubs and plant societies and this knowledge lends to her expertise and career at Hoerr Nursery.

Mary Ann is a true Champaign-Urbana “townie,” and has worked in horticulture for 40 years. Starting as the greenhouse manager/grower in a production nursery, she went on to own a small garden center and then went back to school to study landscape design. Currently, she works as horticulturist at Prairie Gardens in Champaign, and gives seasonal presentations at garden clubs and plant societies. 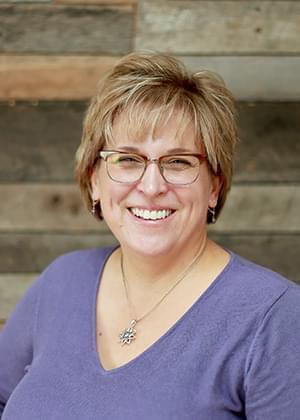 Jennifer Schultz Nelson received her Ph.D. in Horticulture from University of Illinois Urbana-Champaign in 2003 and worked as a U of I Extension Horticulture Educator from 2004-2016. Today, she shares her life-long love of gardening with others on Mid-American Gardener, as a columnist in the Decatur Herald & Review and through her blog Grounded and Growing. She shares the good, bad and ugly of her own garden in hopes that she can be like a helpful neighbor to her readers and help them have a successful garden. 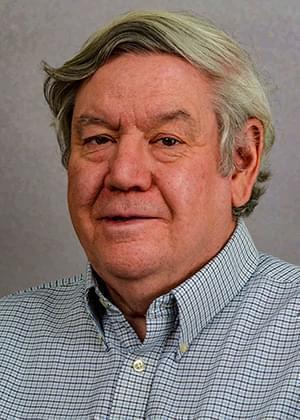 A retired entomologist of University of Illinois Extension, Phil had statewide responsibilities for pesticide safety education and the integrated pest management of landscape and household insect pests.

Phil and his wife, Carie, live in rural Tolono where they maintain a vegetable garden, flower garden, fruit orchard and a number of water gardens. They also have plantings of butterfly, bee and bird food plants as well as enough trees to make the house almost invisible. They maintain mason bees to pollinate their fruit trees, and grow bonsai. In addition, they have a variety of pets, including native fish kept in aquaria and outdoor ponds.

Doug was raised in Chicago, Illinois, where the city's motto: "City in a garden" was championed in the neighborhood of his youth. Locally and internationally, his work experience has included public and private sector design practice and education. He has taught landscape architecture at the undergraduate and graduate levels. One of his most enjoyable experiences was designing a memorial garden for the George Washington Carver National Monument while working within the National Park Service as a landscape architect.

Doug's research engages social-cultural factors of human well-being and the environment. Through qualitative ethnographic research methods he has found place-based recommendations for organizations that focus on improving local economic, equity, and environmental assets. 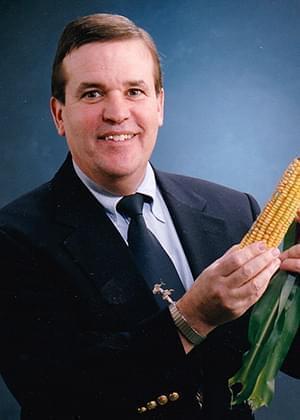 Don joined the faculty of the Department of Plant Pathology, University of Illinois in 1974. He is well known for his enthusiasm and devotion to teaching plant pathology. In 33 years, many students took one of his three courses: Introductory Plant Pathology, Diseases of Field Crops, and Diseases of Turf and Ornamentals. Following retirement Don became very bored and became a Champaign County Master Gardener. As a master gardener he enjoys working in the Idea Garden and manning the Champaign County horticulture hotline.

Don and his wife Sharon reside on the North side of Urbana in Raintree Woods. He lives in the woods and has no lawn which eliminates mowing grass etc. 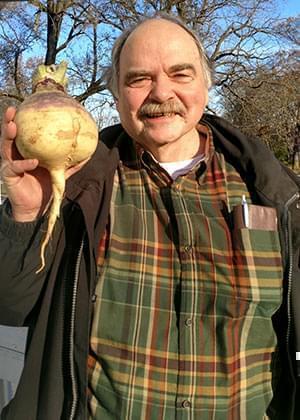 Chuck Voigt has been an academic professional on the faculty of the Departments of Horticulture, then Natural Resources and Environmental Sciences, and finally Crop Sciences at the University of Illinois, Urbana-Champaign, since November 1988. He grew up on a farm near Bonfield, Illinois, in Kankakee County, and received his Bachelor of Science Degree in Horticulture from the College of Agriculture at the University of Illinois, Urbana-Champaign (UIUC), in 1972. Chuck has been a member of the International Herb Association since 1991, and is a member of the Herb Society of America, and the Garden Writers Association.

Submit a question Meet our panel of experts