A Rough Guide to The Papal Conclave

The stage is now set for the opening act of one of the more spectacular and intriguing theatrical dramas on the planet: the election of a pope.

In Rome, TV camera crews have set up their positions on big platforms overlooking St. Peter's Square and the Vatican, where the secretive process will begin Tuesday.

Bookies are raking in bets, even though veteran Vatican watchers insist that no obvious front-runner has emerged from a wide field of possible candidates to replace Benedict XVI, the first pope to resign in nearly 600 years.

After a tsunami of scandals about clerical sex abuse and cover-ups, Vatican mismanagement and corruption — and more besides — this is the Roman Catholic Church's chance to generate some positive headlines as attention focuses on the mysterious workings of what's known as the conclave.

Conclave — from the Latin for "with a key" — is a historic term that refers to the fact that the cardinals charged with the task of electing a new leader of the world's 1.2 billion Catholics will do so locked within the Vatican.

Most of the 115 "cardinal electors" will be housed in two-room suites in a guesthouse run by nuns. The accommodation is, by all accounts, modest — three- rather than five-star.

On hand is a team of cooks, doctors (the average age of this group of cardinals is 72), priests (to take confession) and technicians to enforce a communications blackout, both in the guesthouse and the Sistine Chapel, where the balloting takes place. The Vatican is determined to prevent any outside interference — or news leaking out from a tweeting cleric.

On Tuesday morning, the "cardinal electors" will celebrate Mass in St. Peter's Basilica. Then, mid-afternoon, they walk into the Sistine Chapel in procession while singing prayers, and take their places.

Within the chapel, the scene must surely be stunning — a throng of cardinals, wearing blood-red robes, sashes and crucifixes beneath the pulsating blue, silver and gold hues of the Renaissance frescoes that adorn the Sistine's vaulted ceiling.

"The cardinals recognize this is the most important thing they will ever do in their lives. This is the high point of being a cardinal," Reese says.

"In the Sistine Chapel, they are sitting in absolute silence with Michelangelo's Jesus at The Last Judgment staring down from them from the wall."

After the cardinals have sworn oaths — to observe the rules and maintain secrecy — everyone who is not part of the conclave is ordered out with the announcement "Extra omnes!" or "Everybody out!"

The cardinals likely will vote once Tuesday, writing their choice on a small ballot paper. They walk up, one by one, and deposit this in an urn on an altar. Papers are counted by three cardinals, one of whom reads out the names. A two-thirds majority is required.

After the first day, there are two ballots each morning and two each afternoon until a pope is elected.

Ballot papers are burned in a stove inside the Sistine Chapel that's connected to a chimney on the roof.

If there is no victor, the smoke — with the help of some chemicals — comes out black. White smoke signals a new man has been chosen.

That, at any rate, is what's supposed to happen.

"It's never worked all that well," Reese says. "I wish they'd test it and make sure it works before they go into the conclave, because last time the smoke came out gray. Everybody was [asking], 'Is it white? Is it black?' "

The selected candidate is asked if he accepts the post. He can, theoretically, refuse, though this is extremely unlikely. (Pope John Paul I is said to have come close, muttering, "No, oh, please no" when he was asked.)

He chooses his new name, the cardinals pledge obedience, and the new pontiff is then dressed in his white robes with the help of a tailor. Three sizes have been prepared: small, medium and large.

This is the moment when a cardinal appears on a balcony overlooking St. Peter's Square to announce the news.

"Everybody's cheering," says Monsignor Kevin Irwin, professor of liturgical studies at The Catholic University of America. "And he [the cardinal] says, 'I announce to you good news. We have a pope.' — in Latin."

The cardinal then gives the name of the new pope, who eventually appears on the balcony and delivers a blessing before the cheering crowds in St. Peter's Square, to Rome and the world beyond.

The concept of the conclave is believed to date back some 770 years, when the papacy was vacant for a year and a half because no one could agree who the next pope should be. The people and senators of Rome grew so fed up that they locked up the cardinals until they reached an agreement.

Over the centuries, some conclaves have lasted months. That is not expected this time — though nothing is certain. There is speculation about divisions among the cardinals, including between the Curia, which is the Vatican administration, and cardinals from elsewhere. But the last time a conclave dragged on beyond five days was in 1831.

So keep your eyes on that smoke.

Cardinals in Rome to Begin Talks on Next Pope 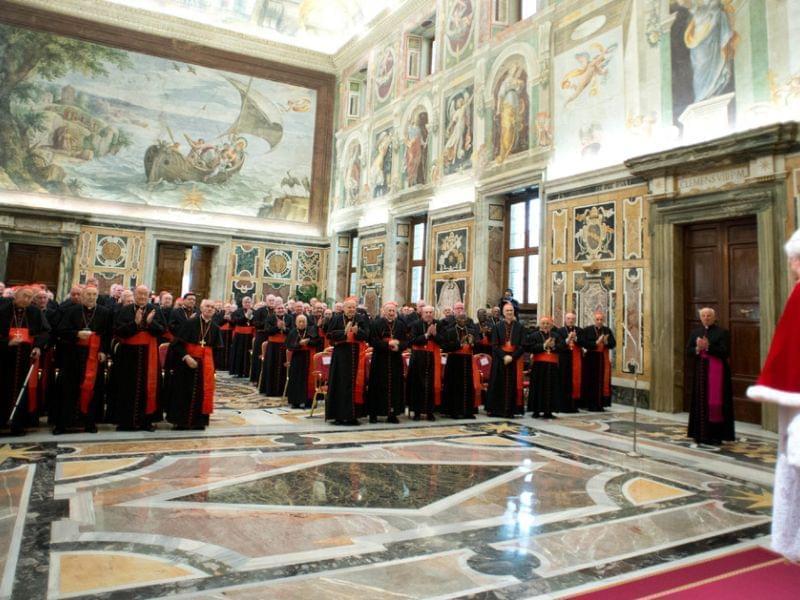 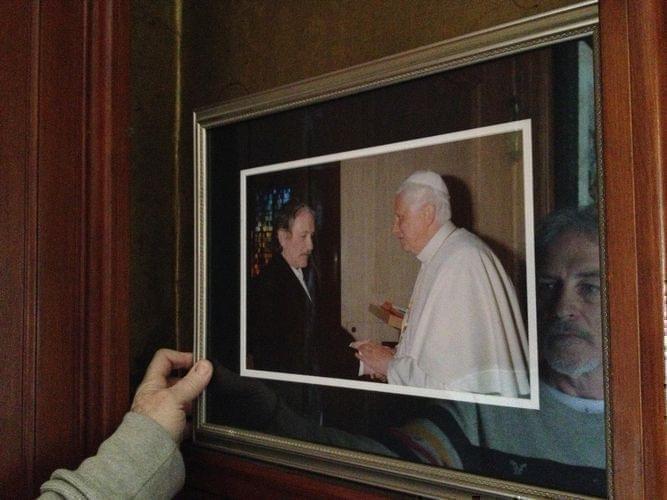 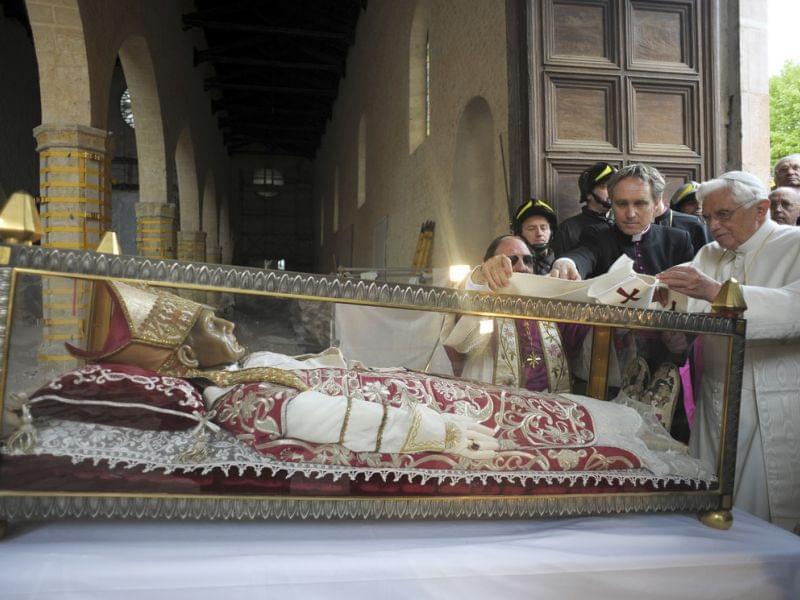