Medical marijuana has now been available in Illinois for about 18 months. But many around the state, particularly in Southern Illinois, say they can't find a doctor in their area to help them. A few groups have found a way to change that -- they're now bringing doctors directly to the patients with qualifying conditions. More than 30 hopeful patients registered for a recent clinic in Shelbyvlle, held by Medical Cannabis Outreach.

Army Veteran Gabrielle Hyde suffers from Post-Traumatic Stress Disorder, which often means sleep deprivation and frequent panic attacks — meaning she’s limited in what she and her family can do.

“Traveling, large crowds, cities, IKEA, large grocery stores, holidays, we stay in the weekends, because I can’t handle it," she said. "I can’t go out. Even a Target on a Saturday I avoid.”

Tom Mashaw has suffered from fibromyalgia and degenerative disc disease for 13 years. He’s on disability, can't do a lot away from home, and for a while, the only relief he could get was through opiates like Dilaudid, and it’s taken a couple years to detox off of them.

“I just got to the point where – with the opiates – A, I didn’t want them in my house around my daughter, B, you get sick and tired of going to a pain clinic, and you’re treated like a pill-shopping criminal every time you walk in the place."

Neither Hyde or Mashaw could register for Illinois’ pilot program through their own physician.

Hyde made a two-hour drive from Belleville, and her psychiatrist is based in Missouri, where there is no medical cannabis program. Mashaw lives just 30 miles away from Shelbyville, but was forced to visit there because he says no doctors at Decatur Memorial Hospital, including his, will recommend medical cannabis.

They're both at a mobile clinic run by Medical Cannabis Outreach in a small office building about the size of a mobile home. The group connects hopeful patients with doctors who will work with them.

Under Illinois’ pilot program, a doctor has to certify that a patient has a condition that qualifies for medical cannabis. And advocates say too many doctors refuse to do that.

That’s where Caprice Sweatt comes in.

She’s the CEO of Medical Cannabis Oureach. The former Colorado resident suffers from Chron’s Disease. Cannabis helps, but she says she lied about her use for years, until Colorado adopted its medical cannabis program.

“When I came back to Illinois a few years ago and the law was starting up here, I said to myself, and my kids were grown, and I said “I’m going to jump into this. I really want to help people after what I’ve been through," she said. "All the humiliation, the embarrassment, the stigma, the family members that wouldn’t speak to me.”

Her goal is help more people in Illinois get access to medical marijuana.  Right now, state public health officials say there are about 20,000 medical cannabis patients in Illinois. Sweatt says many more are interested. She holds signup events a couple times a month -- in Shelbyville, Pekin, the Chicago suburbs, and Southern Illinois -- helping patients whose doctors refuse to.

One of the doctors who is helping patients with that certification process is Dr. Mauricio Consalter.

He regularly makes the trip from Chicago to these mobile clinics, filling the void left by other doctors. His experience with medical marijuana goes back to before Illinois’ pilot medical cannabis program, when he worked with cancer patients in hospice care whose families purchased the drug for them illegally.

“And they were going through chemotherapy much less pain, anxiety, and the side effects from chemotherapy," Consalter said. "So when it became legal, I had a patient base already who needed the medical cannabis, and they start getting involved, and the patients advertise to patients, and that’s how it happens.”

Lawmakers have taken some steps to bring more patients into the program. Last year, they changed the registration process so doctors only have to certify that a patient has a qualifying condition.  They don’t have to recommend the drug. Sweatt says because of the stigma that still exists among many physicians, that’s not enough.

State Rep. Lou Lang (D-Skokie), who sponsored the bill that created the program, compares this process to what a child needs from a doctor, returning to school after being sick.

“There’s no reason why they shouldn’t be signing these forms simply because they’re for the cannabis program," he said "I don’t see where it’s the doctor’s business, frankly, what the patient is doing with the form.  This is their form, their disease, and all they’re asking the doctor to do is say ‘my patients has AIDS. My patient has cancer. Or whatever it might be.”

Advocates also call the state’s medical cannabis law one of the most restrictive in the nation, requiring multiple visits with a doctor, and a criminal background chech, with fingerprints, before the card is issued.

And Sweatt contends there’s not enough people at Illinois’ Department of Public Health to process applications in a timely fashion.

“And there’s only so much money in this program to pay people, and they do the best that they can," she said. "You know, their heart’s in the right place. It’s the state of Illinois. They’ve only got so much money, and so much manpower.”

He says the state is adding roughly 1,200 patients a month, and plans to hire more staff.

“Public health has found it necessary to answer a lot more patient questions, assist them through some of the application process, and because of that increased volume, we’ve also recognized the need to add staffing, and we are taking steps to add more individuals to help out," he said.

But Campbell declined to comment when asked if the hiring process was being held up by Illinois' 22-month state budget impasse.

Back at the mobile clinic in Shelbyville, Gabrielle Hyde says she’s a short drive from the nearest medical marijuana dispensary. And she hopes this visit with the doctor eventually leads to the medical cannabis ID card she’ll need to buy the drug.

“I feel confident that everything will be fine – because I have, by textbook definition by Illinois, everything I need to apply," Hyde said.

Meanwhile, Caprice Sweatt says she’s planning second visits for the Shelbyville clinic in June for the 30-plus people who are hoping to register.

She expects they’ll have their medical cannabis cards from the state by then, and can begin working with the doctor to find out what form of treatment might work best. 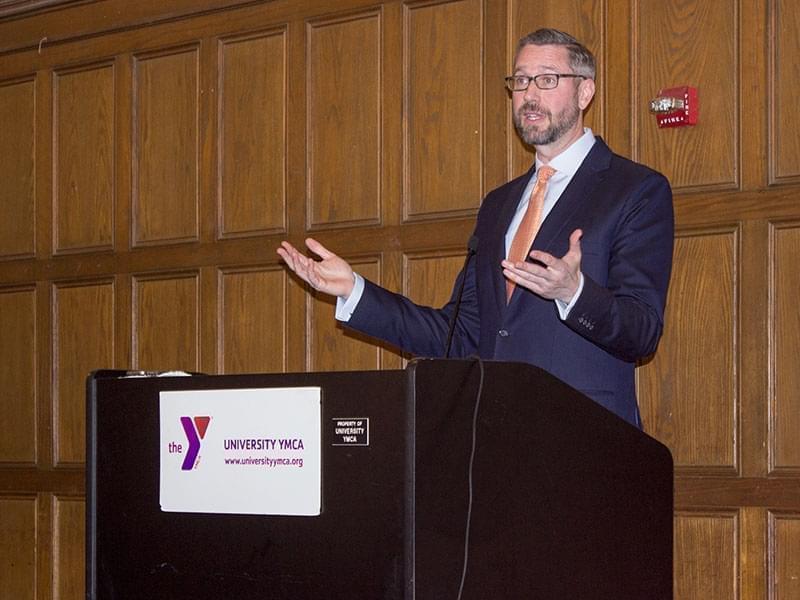 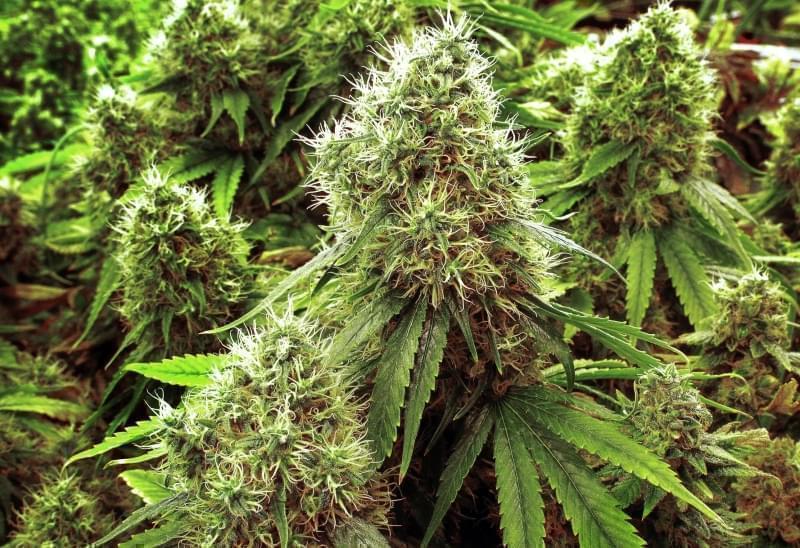