The Obama administration has filed a friend of the court brief urging the United States Supreme Court to strike down California's ban on gay marriage. The government is arguing that the state's ban on gay marriage should be struck down as a denial of "equal protection under the law," but it does not call for the abolition of all state bans on same-sex marriage.

The case tests the constitutionality of a California referendum, narrowly passed by voters in 2008, which reinstituted a ban on gay marriage. With the ban, known as Proposition 8, now before the U.S. Supreme Court, the United States is calling on the court to declare the California law unconstitutional, a violation of the principle of equal protection.

According to administration sources, President Obama personally made the decision on arguments to be made in the brief, signing off on the approach Wednesday night.

While the brief uses expansive language about the right to marry, it does not urge the court to go as far as invalidating bans that exist in some 30 states. Instead, the brief asks the court to focus on the "particular circumstances presented by California law" rather than addressing the issue as it is presented in many other states.

California and seven other states currently grant gay couples all the rights that are granted to heterosexual couples, except the right to marry. Same-sex couples raise children with the same rights and responsibilities as heterosexual couples, become foster parents, can make medical decisions for a partner, etc. "California has therefore recognized that same-sex couples form deeply committed relationships that bear the hallmarks of their neighbors' opposite-sex marriages," the brief says. Nonetheless, as the brief puts it, Proposition 8 "forbids committed same-sex couples from solemnizing their union in marriage and instead relegates them to a legal status — domestic partnership — that is distinct from marriage but identical to it." Therefore, as the brief puts it, California denies same-sex couples the right guaranteed in the Constitution that all persons similarly situated be treated alike.

If the court were to agree with the administration's argument, seven other civil-union states would also see their laws fall.

Those states are Hawaii, Delaware, Illinois, Nevada, New Jersey, Oregon and Rhode Island; some of these states are already moving to legalize same-sex marriage.

Bans In Other States Would Stay

Some 30 other states that ban gay marriage, however, would retain their laws, at least for the time being.

The administration is basically telling the court it can wait to deal with those states — though the strong implication is that someday, in the not-too-distant future, there will be a reckoning for those states, too.

For now, though, the brief is a subtle acknowledgement of the fact that public opinion about same-sex marriage is changing more rapidly than anyone might have anticipated just a few years ago. And if the court can kick the can down the road a bit, lots more states probably will legalize gay marriage on their own, making it a lot easier for the court to strike down any remaining laws.

Indeed, many gay-rights advocates privately say that the more states that legalize gay marriage, the better their chances of winning a clear and total victory in the Supreme Court, eventually. They note that in 1967 there were 16 states that still made interracial marriage a crime when the Supreme Court, in the aptly named case of Loving v. Virginia, struck down those laws. 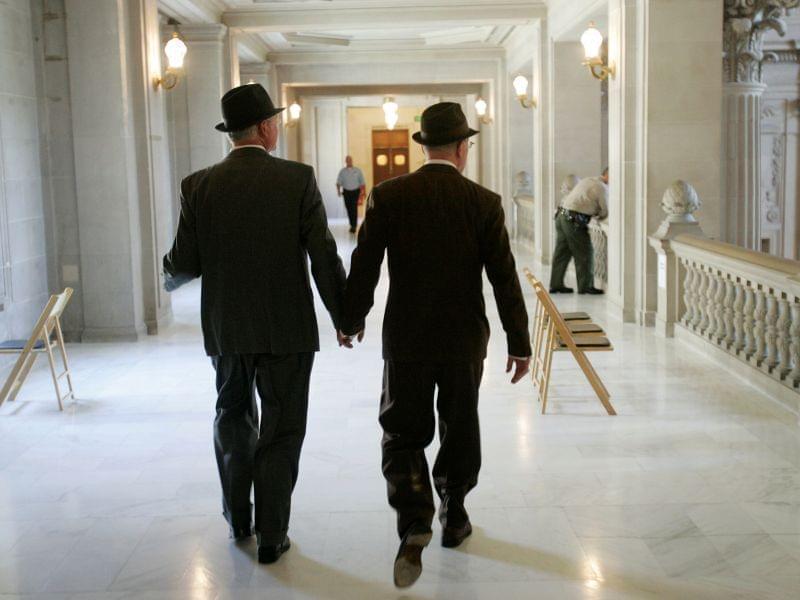