The latest skirmish between Gov. Bruce Rauner and the AFSCME labor union took place in a Springfield courtroom Wednesday. This time it was before a panel of the Fourth District Appellate Court.

It’s been just about three years since AFSCME workers were due for a new contract. But Gov. Rauner made tough demands — like a new pay structure, more expensive health insurance, and more power to outsource jobs.

AFSCME says it was willing to keep negotiating, but the Rauner administration convinced a state labor board that the two sides were at an impasse, and that’s what they’re fighting out now.

Mike Newman, the No. 2 man in the Illinois branch of AFSCME, says Rauner isn't doing his job.

“He’s got the same problem he’s had with the legislature and everybody else: He marches in and it’s his way or the highway,” Newman says.

Rauner has criticized past union contracts as a “corrupt bargain” and a bad deal for taxpayers.

Whatever the appellate justices decide, it likely won’t be the last word on the case. One or both parties could eventually appeal to the Illinois Supreme Court. 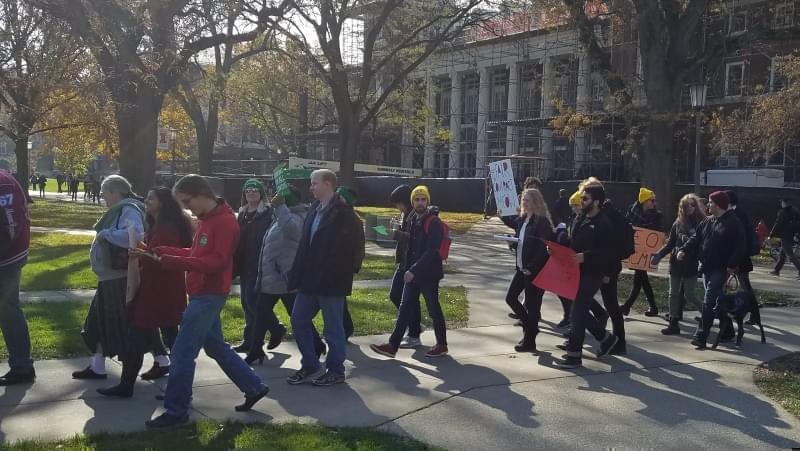 AFSCME Members March As Contract Talks Continue At U Of I

AFSCME Members To Vote On Strike Authorization In Illinois