The proposed Equal Rights Amendment to the Constitution passed Congress in the 1970s. On Wednesday, Illinois made news by ratifying it — 46 years later.

The proposed Amendment reads: "Equality of rights under the law shall not be denied or abridged by the United States or by any State on account of sex."

The debate consumed advocates on both sides in Illinois decades ago, where it ultimately fell short before the 1982 congressional deadline.

For decades, Illinois remained the only northern state that hadn't ratified. Democratic state Rep. Lou Lang of Skokie, who says he's sponsored efforts to pass it for over 20 years, said this year — the atmosphere was ripe for change. "You would think that with all of the noise nationally about the attitude of the Trump administration, about the #MeToo movement, that this would be sufficient for fence-straddlers to say, 'Ok. I'll do this. It's the right thing to do,'" said Lang during the week leading to the vote.

In the past, the resolution has gotten the 3/5ths supermajorities needed to pass both the Illinois House and Senate — just never in the same year. On the House floor, Lang urged a 'yes' vote for a final time, with the assertion, "A 'no' vote is a vote against the women of America."

It was close. Members booed as it appeared it might have fallen short. But then, two more legislators voted affirmatively. It passed with a single vote to spare.

The final vote was dramatic, and so was the debate — about two hours’ worth. Opponents included Rep. Peter Breen - a Republican from Lombard, who said the amendment's original drafter, suffragist Alice Paul, would be disappointed if it passed. "Alice Paul was pro-life, and the sponsor and his allies on this have twisted her language into a mechanism for abortion, something Ms. Paul never would have stood for," Breen argued. Paul supported the ERA until her death in 1977. The abortion argument was a major snag in the most recent effort for passage.

Conservative icon Phyllis Schlafly, who lived in Illinois and founded the Eagle Forum, a "pro-family" non-profit that lobbies against abortion to this day, successfully opposed the ERA back in the 70s and early 80s. In 2011 Schalfly told NPR one of her major, long-held complaints about it. "My daughters thought this was the craziest thing they had ever heard. You're going to have a new amendment for women — and the first thing is they'll have to sign up for the draft like their brothers," she told NPR's Michel Martin.

Schlafly based her “Stop ERA” campaign in the state. She and other women lobbied Illinois lawmakers by baking bread and pies.

This year, some black legislators expressed concern that the amendment didn't go far enough to protect them and other women of color. Rep. Litesa Wallace is a Democrat from Rockford. "Women who present to the world like me have been asking for centuries, 'Ain't I a woman?' And we continue to hear a resounding 'no' to that question almost everyday," she told the chamber. Still - Wallace ultimately voted "yes."

Carol Robles-Román helps lead the ERA Coalition and the Fund for Women's Equality. She served on former NYC Mayor Michael Bloomberg's staff, and is the daughter of Puerto Rican migrants.  Robles-Román is interested in addressing concerns like those expressed by some black lawmakers, and says it's time for "intersectional" conversations to be had, and for previously unheard people to have a seat at the table.

If just one more state ratifies — reaching the 38 originally needed, it's not clear what would happen, since that congressional deadline passed decades ago. But Robles-Román says current members of Congress have their own proposals to extend the deadline.

Even if ratification efforts are successful, there's still the question of legal interpretation. Vik Amar is Dean of the University of Illinois College of Law. He says the ERA could uphold protections codified over the past half century. Otherwise, as justices on the Supreme Court change: "You could see some back-sliding or significant undoing of some of these major gender equality precedents. And certainly adoption of the ERA today would prevent that from happening."

Regardless of how the saga plays out, supporters of the amendment are celebrating after a hard and long fought battle in Illinois. 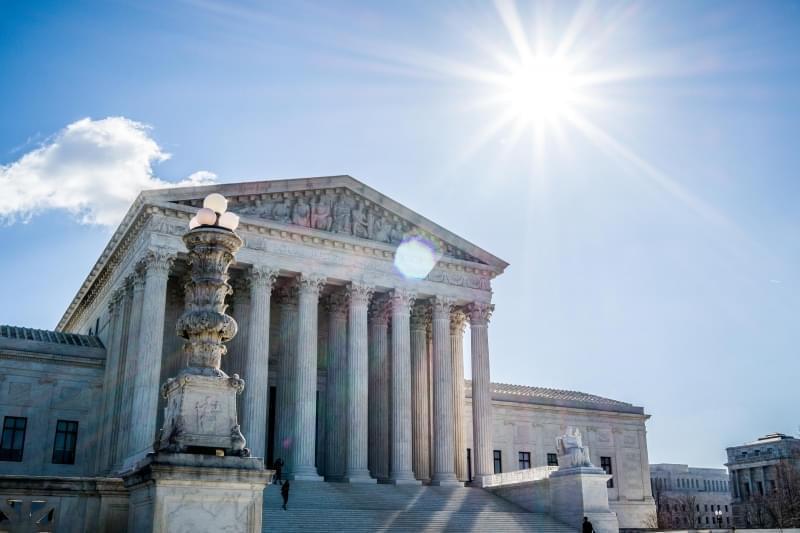