A decades-long battle for state ratification of the Equal Rights Amendment is still waging on. On Tuesday, supporters traveled from different areas of the state to urge lawmakers to act.

The congressional deadline to pass the ERA was 1982. The amendment would add language to the U.S. Constitution saying rights should not be denied on account of sex. Democratic state Representative Lou Lang from Skokie has sponsored a resolution for ratification numerous times, including this year. He told those at Tuesday's rally, “We are going to bring equality not only to the women of Illinois but to the women of the United States of America."

The Senate passed the resolution last month but it hasn’t yet reached a vote in the House.

Opponents include Anne Schlafly Cori of the Eagle Forum. Her mother Phyllis Schlafly successfully waged a "Stop ERA" campaign in the state in the seventies and eighties. “There’s still today countless common sense laws that we have that distinguish differences between men and women. For example - do we really want to put our prison populations together with men and women," Schalfly Cori told NPR Illinois during an interview at the capitol.

On Monday a House committee meeting in Chicago took on the issue. The group Students for Life of America was there to oppose the idea. A statement from its president, Kristan Hawkins, reads in part: "Abortion advocates, like those working with the ACLU, have been very direct in arguing that the Equal Rights Amendment would further solidify abortion in the law and would potentially wipe out vital health and safety standards now on the books to protect women from a predatory abortion industry."

Heather Dykes is with the Resistor Sisterhood, a social justice advocacy group based in central Illinois. She attended the rally to support the ERA. She said, "There is nothing in the ERA that would mandate everyone use the same bathrooms - it is not a bill to make everybody exactly the same. It is a bill to give men and women, boys and girls, equal rights across the United States."

While those on either sides of the debate continue to disagree - there is one point they both make. If Illinois and another state were to ratify, reaching the 38 number needed back in 1982 - another battle would begin over whether Congress could act to make it the law of the land federally. 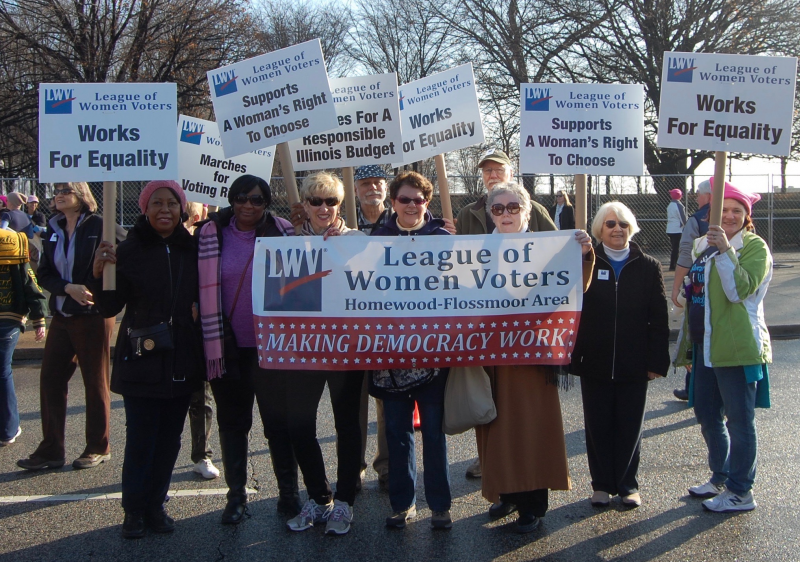 Seneca Falls And The Origins Of The Women’s Rights Movement