Aisha Tyler Tells Us The Real Problem With Gaming And Diversity

"The idea that there's not diversity in gameplay is just not true," says Archer star Aisha Tyler. "Does it need to be better? Absolutely."

Best known as an actress, comedian and podcaster, Tyler is also a big name in video game circles. An avid gamer herself, she has hosted game developer Ubisoft's press conference at the annual Electronic Entertainment Expo in Los Angeles — one of the biggest gaming trade shows in the industry — for the past three years.

NPR's Laura Sydell caught up with Tyler at this year's E3 to talk about the continued lack of diversity in the video game landscape, both onscreen and on the development side.

Despite the criticism, Tyler — a black woman — tells Sydell the industry has made great progress over the years. She cites Lara Croft, the lead character of the Tomb Raider franchise, as an example of a strong female lead who has been around for nearly 20 years.

"Obviously people can talk about the misogynist tropes in that game — her boobs were too big [and] she had on short shorts — but the fact of the matter is she was a badass, and a lot of men were playing as a woman for years and years," she says.

Tyler also points to The Walking Dead, the popular game based off the television and comic book franchise of the same name. It featured a black male lead and a secondary lead that was also black. The game won multiple game-of-the-year awards and was one of the most popular games of 2013. 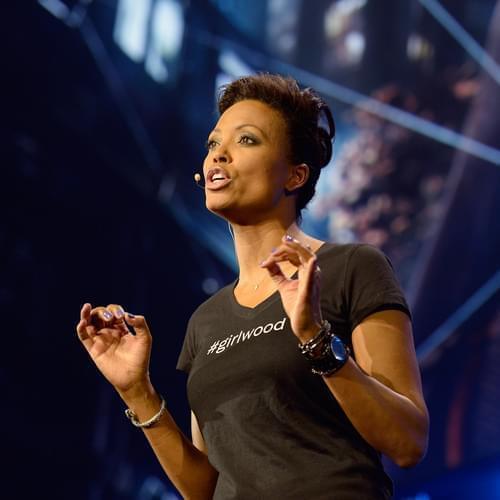 Actress Aisha Tyler says her fellow gamers need to be vocal in their demand for diversity in games, with both their voices and their pocketbooks. (Kevork Djansezian/Getty Images)

Like Hollywood, the video game industry will follow the money. "Gamers have to DEMAND change," Tyler says on her Facebook page, "both with their voices and their pocketbooks." So when The Walking Dead, Tomb Raider or other games with diverse lead or secondary characters do well, we'll see more games like them follow.

"In the end, it will be about commerce and demand," she says. "These companies are in this business to make money, so it's going to have to come from the gaming community — and I think it is, and continues to do so."

The other cultural shift Tyler wants to see is on the other side of the screen, in game development. The lack of women isn't unique to the gaming industry; it happens in other areas of tech, like at Google. It's indicative of a larger problem.

Game developers need to do a better job of recruiting and developing diverse talent, she says. "Gamers of every gender and ethnicity are demanding it, both inside games and out." Tyler provides herself as an example.