Congressman Tim Johnson (R-Urbana) announced Thursday that he will retire at the end of his current term. Johnson said family obligations are what compelled him to make this decision.

“I’m almost 66 years old, and my time is limited," Johnson said. "I’ve been serving in office for 44 consecutive years. I’m also the father of 9 children. I have 11 grandchildren, and 2 great-grandchildren. I’ve been a part-time father all those years, and that’s not good enough.”

Johnson is a lawyer and University of Illinois graduate. He said he will serve the remainder of his term, and then retire in January.

Johnson was considered a strong candidate for re-election in November. Now, it will be up to Republican County chairmen in the re-drawn 13th district to select someone to take his place.  While there’s no reason not to take the Congressman at his word, other reasons may have factored into his decision.

First, there is Johnson’s unbeaten streak – he’s never lost an election, whether as a member of the Urbana City Council in the 1970s, the Illinois House from 1976 to 2000, or in his six terms in Congress. By leaving now, he is guaranteed an unblemished election record.

That record might have been challenged this year, as the re-drawn 13th Congressional district trades away Republican strongholds in the northern portion of the old 15th District, in exchange for Democratically-leaning Madison County, and the Metro East area of St. Louis.

While Johnson is well known in Champaign-Urbana, Bloomington-Normal, Decatur, Springfield, and the rural areas surrounding those Central Illinois communities, he is less known by the electorate in the new left-leaning areas of the 13th District.

Johnson’s announcement now - after the primary - also means GOP voters will not have a say in the nominee. Instead, Republican county chairmen in the 13th District will case weighted votes to determine who will replace Johnson on the ballot. . They may choose from a wide range of contenders, including current and former state representatives and senators – or even Johnson’s former chief of staff, Jerry Clarke, who remains a resident of Urbana despite working for Wheaton-based Congressman Randy Hultgren.

Habeeb Habeeb is the interim chairman of Champaign County’s Republican Party. He said of the 14 counties that make up the 13th Congressional District, Champaign County has the largest weighted vote based on Republican ballots cast this year.

"We will wait until the federal elections are certified on April 20, and we would like to (vote) soon after," Habeeb said.

One of Johnson’s two primary opponents, Michael Firsching of Moro, said he would be interested in pursuing the Republican nomination, and hopes the party considers him before endorsing anyone else.

“I’ve starting contacting Republican Party groups that I have contacts with within the 16 counties," Firsching said. "I’ve started doing that process. But again, I haven’t had much time, since it’s only been since last (Wednesday) night. So I’ve definitely starting that process as opposed to thoroughly into it.”

Firsching cautions that the GOP cannot be overconfident, or it is possible a Democrat is elected to the 13th District this fall.

Pat Brady, chairman of the Illinois Republican Party, named State Representative Dan Brady, former state GOP executive director Rodney Davis, and former Johnson chief of staff Jerry Clarke as possible candidates to replace Johnson. He said he is meeting with lawyers, and he said the process for naming a nominee will be slow and methodical.

He also noted that the timing of Johnson’s announcement was not a surprise to him.

“He’s been one of the hardest working public servants I’ve ever known, and I hope he enjoys he does whatever he does next," Brady said. "We’re going to go a fair, open, and transparent process and pick the best candidate to win that district, and the Democrats have done us a big favor by nominating the most liberal Democrat they could find in the state.”

Brady was referring to Bloomington physician David Gill, who is the presumptive Democratic nominee in the race. While the old 15th District was held by a Republican for the last 35 years, Political Science Professor Kent Redfield of the University of Illinois at Springfield said there is now a strong possibility a Democrat could take the newly drawn 13th District seat.

“It really will depend on the eventual candidates, and then it will depend on national money," Redfield said. "That was a complex question to begin with, and it just got more complex.”

“I speak for myself, and I speak for the thousands of people that have been a part of Gill for Congress," Gill said. "So, we would have to talk about what they would want in exchange for whatever support they were interested in offering.”

Gill narrowly defeated Matt Goetten in the March 20 Democratic primary, but the vote was so close that Goetten never conceded. Gill’s apparent victory will not be certified by the State Board of Elections until April 20. That leaves a possibility, however slight, that neither party has a clear nominee, more than two weeks after the primary.

Last minute decisions play a role when an incumbent politician steps down, after winning a primary. Congressman Johnson said the factors leading him to choose family over politics only came together in the past few days. Other politicians have post-primary choices when faced with serious illness  - like Congressman Lane Evans in 2006, or scandal, like Democratic lieutenant governor nominee Scott Lee Cohen.

Journalism professor Charlie Wheeler at the University of Illinois at Springfield said unsavory details about Cohen’s private life only surfaced after he won the 2010 primary.

"He had more baggage than Amtrak," Wheeler said. "So he was forced out, because he would have, no doubt, brought the democratic ticket down. And instead they appointed Sheila Simon, and Pat Quinn gets re-elected."

Dropping out after a primary victory may signal a loss of control - but it can note new power as well  - for the party officials who choose the new nominee. Sometimes, the departing candidate can have a say.

Lane Evans convinced 17th District Democratic officials to choose his chief of staff, Phil Hare, to run for Congress in his place. Professor John Jackson of the Paul Simon Public Policy Institute at SIU-Carbondale said another Democrat, Congressman Bill Lipinski, managed to get his son, Dan, to take his place, following the 2004 primary.

"The senior Lipinski had been in a very long time, and then he stepped aside after winning the primary, in favor of his son, who then subsequently went on to win the general election," Jackson said.

Tim Johnson said no one in his family or on his staff will be seeking his seat in Congress. He said there are candidates he would prefer, but would not make those names public. 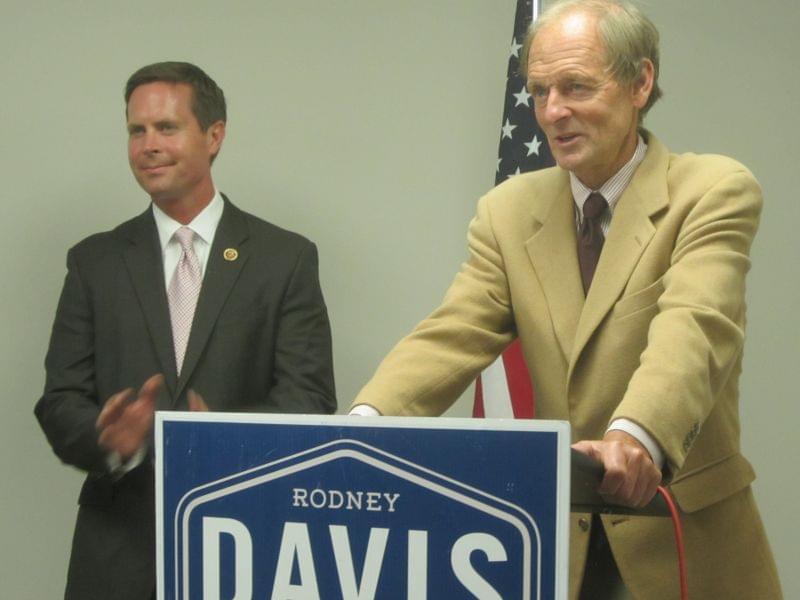 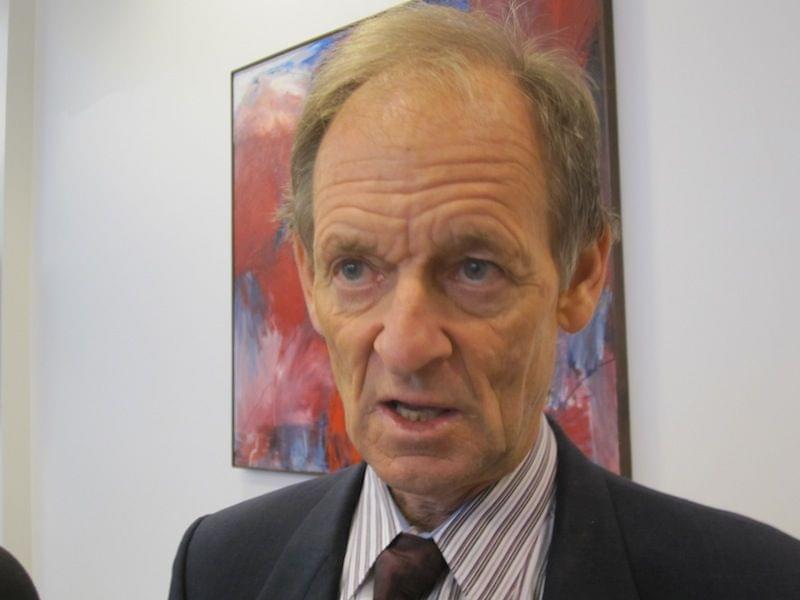 Politics in the Family: Tim Johnson

Congressman Johnson to Teach at ISU Next Spring

Barickman Teaches College Course—- Johnson May Be Next