The body of the Venezuelan President, Hugo Chávez, is lying in state at the military academy in Caracas.

His family and close advisers, as well as the presidents of Argentina, Bolivia and Uruguay, paid their respects next to his open casket on Wednesday.

Hundreds of thousands of people earlier took to the streets of the capital to pay tribute as a hearse carrying his coffin took hours to reach the academy.

The state funeral for Mr Chávez is due to take place on Friday.

Supporters of the late Venezuelan leader gathered in Caracas on Wednesday to catch a glimpse of his coffin as it was driven 5 miles (8km) through the streets from the military hospital where he died on Tuesday to the military academy, where he will lie in state.

Mourners, many wearing red T-shirts and carrying pictures of Mr Chávez, threw flowers at the coffin, which was draped in a Venezuelan flag.

The BBC's Will Grant says there was a palpable sense of grief among the Chávez supporters, many of whom were visibly moved at losing the man who they thank for changing their lives.

"After Jesus Christ, there's Hugo Chávez," Maria Alexandra, a 46-year-old mother of six, told the AFP news agency. "Before him, the government didn't take care about us. Now children have everything."

The coffin was greeted with sustained applause as it arrived at the military academy.

Mr Chávez's family and the Latin American leaders later attended Mass at the academy's chapel, where he will lie in state in an open casket.

Afterwards, his mother and children gathered around the coffin to pay their respects. Then, military commanders and members of his cabinet took their turns to file past before the chapel was opened to the public.

Our correspondent says the death of a leader, around whom an entire political movement has been built, has created a potential vacuum at the heart of his revolution.

According to the constitution, there must be a presidential election within 30 days and the government has said it intends to stick to that timetable.

Vice-President Nicolas Maduro, whom Mr Chávez named as his preferred successor in December, is widely predicted to win the upcoming poll as the candidate of the governing United Socialist Party (PSUV).

Mr Maduro is expected to face the opposition leader, Henrique Capriles, who stood for the presidency in October but was beaten by Mr Chávez. The opposition has yet to confirm Mr Capriles as its official candidate.

But for now, the election is the last thing on the minds of the Chávez supporters, who are simply trying to come to terms with their loss and are calling for him to be interred inside the National Pantheon alongside Venezuela's liberator, Simon Bolivar, our correspondent adds.

Announcing the death of Mr Chávez in a televised address on Tuesday, Mr Maduro promised to maintain his Chávez's "revolutionary, anti-imperialist and socialist legacy" and called on the nation to close ranks.

"In the immense pain of this historic tragedy that has affected our fatherland, we call on all the compatriots to be vigilant for peace, love, respect and tranquillity," he said. "We ask our people to channel this pain into peace."

The exact nature of Mr Chávez's cancer was never officially disclosed, leading to continuing speculation about his health, and he had not been seen in public for several months.

Last May, the former army paratrooper said he had recovered from an unspecified cancer, after undergoing surgery and chemotherapy in Cuba in 2011 and a further operation in February 2012.

However, in December Mr Chávez announced he needed further cancer surgery in Cuba and his inauguration had to be delayed the next month because he was too unwell. He returned to Venezuela in February, but was confined to the military hospital.

Shortly before the president passed away, Mr Maduro claimed that his cancer had been induced by foul play by Venezuela's enemies.

Two American diplomats were subsequently expelled after being accused of spying. The US government promptly rejected the allegation as "absurd." 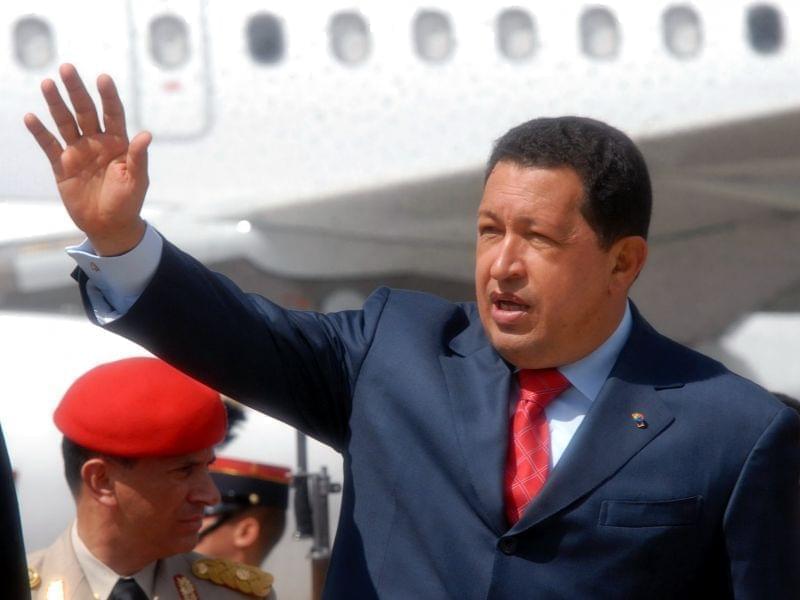