The Charleston school said Monday that its Board of Trustees voted Monday to approve the selection of Glassman, who's also vice president for academic affairs at Bradley, a private school in Peoria.

Board Chairman Kristopher Goetz noted Glassman's experience with a private institution, saying the funding model for Eastern Illinois has been changing and it can no longer rely on state appropriations as its major funding source.

Glassman also has public university experience. Before going to Bradley in 2010, he was dean of the College of Liberal Arts at the University of Southern Indiana in Evansville.

The 61-year-old Glassman will replace Eastern Illinois President William Perry, who plans to retire in June.  He began serving as EIU's president in 2007.

In a press release, Glassman said he plans to remain in his current role through May 31, when Bradley University President Joanne Glasser also plans to retire.

"I was impressed by the passion for the university (EIU) as expressed by its faculty, administrators, and students," he said.  "Plus, it's a beautiful campus.  I look forward to making my place here."

Glassman said he plans on making periodic visits to Charleston leading up to June 1 in order to 'establish' himself, to focus on the impending presidential transition and find a home. 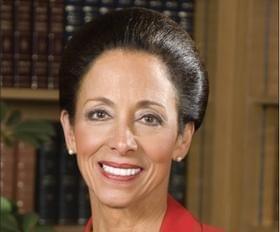