Community leaders and law enforcement in Champaign-Urbana hope a bold new approach to gun violence has the same impact that it’s had in cities like Peoria. Local leaders and law enforcement came together Thursday in the first ‘Call-In’ tied to the CU Fresh Start program. Nine offenders from the area, each on parole or probation, with prior arrests tied to guns or violent crime, were called in to meet with law enforcement officials, social service workers and community members. the meeting is meant to give participants a chance to connect with community resources, and turn their lives around.

CU Fresh Start is patterned after Peoria’s “Don’t Shoot” initiative - in effect since 2012, it’s resulted a drop in shootings there, and reduced the local jail population. Thursday marked the first call-in to address what Urbana Police Chief Patrick Connolly calls an epidemic of gun violence.

“We recognize that we can’t arrest our way out of this problem," he said. "For years, traditional policing methods in our community at least have demonstrated that we’ve got to try something else.”

Connolly and Champaign Police Chief Anthony Cobb says there have been 84 gun-related incidents in the cities since the start of 2016. Four have died in Champaign, while 25 have been injured.

The message was simple – put the guns down, and those with CU Fresh Start can connect you with a caseworker. But stay on the same path, and face swift consequences, or worse, become a victim yourself.

At Thursday's event at the Illinois Terminal Building in Champaign, walls were lined with pictures of criminals from Champaign-Urbana serving prison sentences for violent crimes, serving as a deterrent to the nine.

"Look at these posters from individuals around the room from this community," Chief Cobb told the nine offenders. "They were not afforded the opportunity you guys have been afforded. Some of these men will never see life again outside a jail cell."

Champaign County Sheriff Dan Walsh cited the case of Robbie Patton,18, of Champaign, the suspect in the recent fatal shooting of George Korchev of Mundelein near the University of Illinois campus.

"If he lives into his mid-80's, he might get out of prison," he said. "Is that what you really want? If you have to retaliate, you're going to get shot, or you're going to prison for a long time."

The list of panelists also included Michael DeArmond, whose 22-year daughter died as a result of crossfire in July of 2012, and Rodney Williams, a former gang member who has reformed his life after return trips to prison.

"The gun violence has got to stop," he said. "As I look at the crowd here, I see guys with cold shoulders. When you get to Stateville (Correctional Center) your shoulders are going to be colder that that."

"I noticed in the beginning, they were a little cold shouldered, but when we began to talk about their families, that began to get their attention," he said. "That not only affects the person who was shot, but their families, and actually the shooter’s family. The young men need to know that the faith community, and the whole community cares about them as people. They made some bad choices, but there's an opportunity to make a better choice."

Champaign Community Relations Manager Tracy Parsons says the call-ins will be held as often as needed, but expects to hold them quarterly.  He says data suggests three of the nine will choose to be involved, while the others will be prosecuted for further criminal activity.

“We are putting our community on notice that are all unified in this common message that the violence must stop," he said. We are starting with this group of guys so that hopefully they hear the message, they take it back to the crew, group, gang, however they’re associating with the others involved in this life.”

Donte Lotts, the CU Fresh Start Community Liaison with Urbana-based Prairie Center, reminded the nine that it's up to them if they want to reform their lives.

"I urge you not to leave here without making a commitment to yourself," he said.

CU Fresh Start is the primary objective of the Champaign Community Coalition.

U Of I Students, Community, Honor Shooting Victim 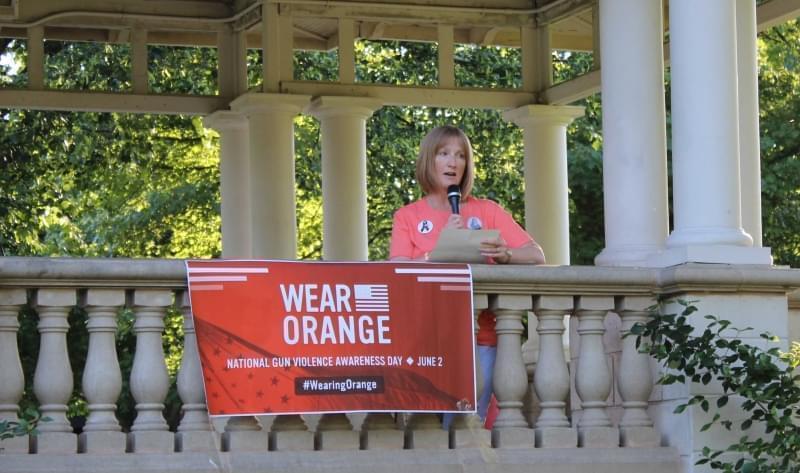