The Republican challenger to Champaign County State’s Attorney Julia Rietz repeatedly told an audience during a Thursday candidates forum that he’s seeing ‘injustices’ in the way she’s handling cases. Assistant Public Defender George Vargas says his job allows him to see the ‘back story’ of some cases, and went on the attack against Rietz, citing a 2013 incident in which someone was released from custody prior to their trial.

Vargas also referenced Robbie Patton,18, the suspect in Sunday’s fatal shooting near the University of Illinois campus who turned himself into authorities later Thursday evening. He was paroled earlier this month after spending eight months in a Department of Corrections boot camp, at the recommendation of Judge Tom Difinanis.

But Vargas blamed Rietz when asking why Patton wasn’t charged with attempted murder and in prison for firing a gun in December 2015, outside of a Champaign Steak and Shake.

Rietz tried to cut off Vargas when he brought up another case his office is working in.  She later criticized her opponent.

“I find it incredibly troubling that Mr. Vargas sits here, and discusses cases that he doesn’t know anything about, makes accusations, and discusses clients of his own office," she said. "It’s really troubling, it’s an ethical concern that I have to put out there.”

The two candidates also clashed over the handling of cases involving Matt Rush, the former Champaign Police officer who is the source of four excessive force lawsuits, three of them resulting in $320-thousand in settlements paid by the city. Champaign Police fired him a second time last spring, after the Fraternal Order of Police blocked his dismissal on the first attempt.

Months earlier, Rietz declined to file charges against Rush, but determined he would no longer be called to testify as a witness in criminal proceedings.

In the forum organized by the League of Women Voters of Champaign County, Rietz defended her handling of case, saying she was asked to review police reports and look at investigations involving his conduct.

"I had to looking what decisions had already made at the Champaign Police Department level with regards to their use of force policies, and their opinions," she said. "Every individual, whether they're a police officer or a citizen, has the right to be treated fairly under the law."

Vargas says he would have asked for a special prosecutor in that situation, after learning that Rush had been intially dismissed from police department in 2014.

"That is the only way that the public can be 100-percent clear that there's no favoritism," he said. "For the good officers, that didn't have to work with this cloud of judgement, that's what should have happened."

Rietz is seeking a fourth term. In Tuesday’s forum in Champaign organized by the League of Women Voters, she and Vargas did agree on C-U Fresh Start and similar community programs to reduce gun violence. Both agreed background checks to purchase guns are working, but Rietz says firearms are ususally stolen out of cars or homes.

In an effort to reduce the jail population in Champaign County, Vargas says first-time, non-violent offenders should not be locked up. Rietz says the jail population has been reduced signficantly during her time in office, getting cases before a judge quickly, and issuing notices to appear in court in some cases. 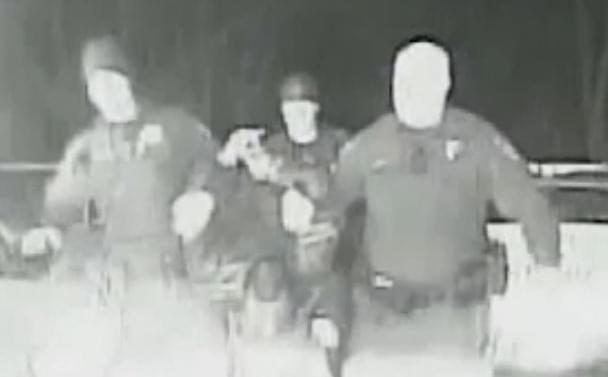