The tiny Jamaica and Catlin school districts will become a little less tiny next summer. Voters in both South Vermilion County districts approved a referendum to consolidate into the new Salt Fork.

The consolidation referendum won with majorities of 56% in Catlin School District 5, and 57% in Jamaica School District 12. Voters also elected a 7 member board to govern the new Salt Fork school district when it becomes a legal entity on July 1st, 2015.

Catlin School Board President Jeff Fauver supported consolidation, and was also elected to the new Salt Fork School Board. He says when the new board takes over Jamaica and Catlin schools next July 1st, they’ll build on the cooperation the two districts have had for several years in their cooperative high school sports programs.

Under consolidation, Jamaica High School and Catlin Middle School will close. Backers say the resulting efficiencies and combined tax base will help them restore educational programs they’ve had to cut over the years. But they still expect to have to look for new options in the 2020’s.

Jared Fritz, a Jamaica parent, who worked against consolidation on the Thrive For Better Education Committee says he wishes the new Salt Fork school board well. But he has concerns about unforeseen problems that may crop up along the way. Fritz’ group had wanted to study other options, such as partnering with other school districts, and other types of partnerships, like a cooperative high school. 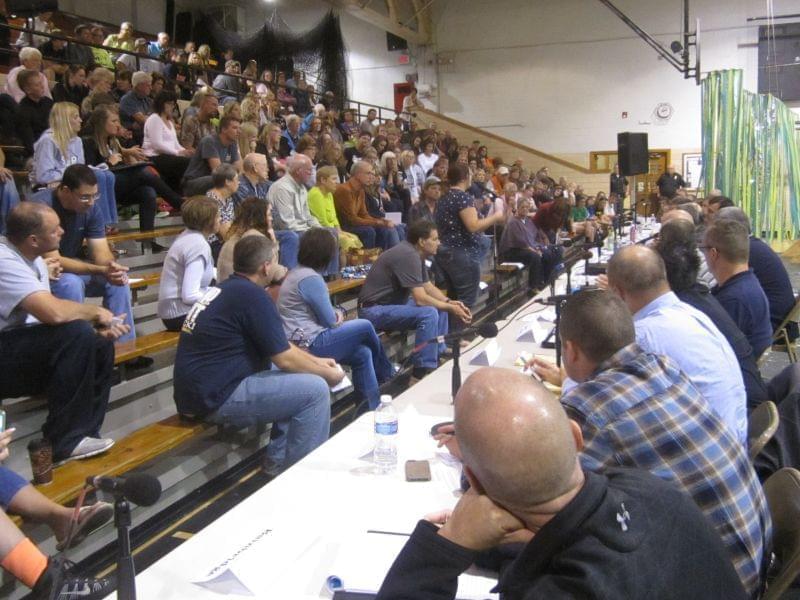