When the Champaign County Historical Museum was forced to temporarily close a little over a year ago due to financial struggles, President T.J. Blakeman said that something had to be done to keep it alive.

“It just hadn’t been given its one last chance. It wasn’t fair to just let it dissolve into nothing,” he said.

The building — located in the old Cattle Bank on First Street and University Avenue in downtown Champaign — got a facelift. The board held membership drives and used proceeds from walking tours through historic downtown Champaign to pay for updates. Old carpets were torn out and replaced with solid flooring, and fresh coats of paint were added to the walls. It re-opens Saturday as the Champaign County History Museum

Blakeman says they’re now on solid financial footing. Almost all of the debt is paid off, and increased memberships are providing a steady stream of income.

Vice President Perry Morris said some of the artifacts date back to 1818, the year Illinois became a state. The museum’s total collection numbers at around 20,000.

“This compass is an actual compass that was used by the surveyors when they laid out the county,” he explained, gesturing to a gold object around the size of a football, which sits in a gallery at the museum’s entrance.

“Some of the artifacts are just beautiful, and some are very interesting, and you come across some that are kind of appalling and hideous, but they all tell stories.”

These stories span across the museum’s four galleries.

In the World War II room, mannequins are clad in military uniforms, old news clippings announce the latest happenings, and two blue star flags lie delicately on a table. Pictures of the former Chanute Air Force Base in Rantoul hang on the walls.

A gallery dubbed the “treasure chest” displays the most precious items from the museum’s collection. There’s a News-Gazette printing plate from 9/11, a Champaign fire chief helmet and a desk from the 1970 Illinois constitutional convention.

“We’ve got a fabulous — that we had kind of lost track of — 34-star flag from the Civil War,” Morris said.

The family that donated the flag isn’t sure how it got to Champaign County. It could have come on a train riding up into the area, and served as a cover for the coffin of their loved one that fought in the war, Morris explained. The other story is that they flew the flag while their loved one was off fighting.

If the museum had been forced to close, the artifacts wouldn’t have been the only historically significant components to be lost.

“The building actually is, in a sense, one of our exhibits, one of our artifacts, because it is the oldest commercial building in Champaign County. It was built in 1858, and actually, Abraham Lincoln would recognize it,” Morris said.

Currently, the museum is 100 percent volunteer-driven. But Blakeman said they hope to hire staff in the future.

“We would love to find some kind of guaranteed, established funding that we could rely on — like everyone would — but something that can give us a nice, solid foundation,” he said. “Then the extra we build on can be the things that we really use to make the museum something more special.”

Blakeman said all of this history helps to connect the community, and he hopes the museum will continue to do this for many more years.

Morris is optimistic that the museum will appeal to a range of visitors when it reopens on April 29.

Correction: An earlier version of this story used the former name of the museum. It is now the Champaign County History Museum.

Editor's Note: Abrar Al-Heeti is a graduate student in journalism at the University of Illinois College of Media. She's also an intern on The 21st. 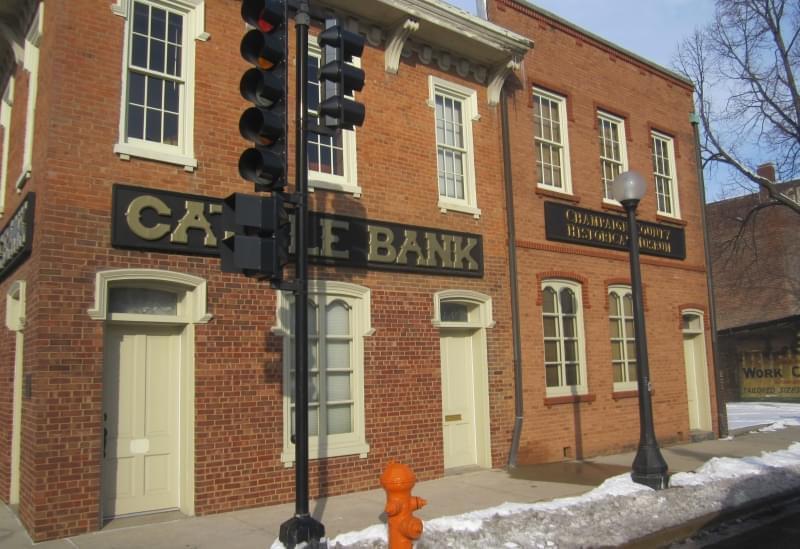