Champaign County To Vote On Offer To Sell Nursing Home

The Champaign County Board is scheduled to vote Thursday evening on an offer to buy the county nursing home. Both supporters and opponents of the proposal warn of dire consequences if the other side prevails.

The debate over what to do with the nursing home was laid out at the May 15 meeting of the Champaign County Board Committee of the Whole.

The question was not on the meeting's agenda. But several members of the public came to tell county board members their views, for and against the sale. Seeing the number of requests to speak, Chairman Pius Weibel laid out the ground rules for the public comment section of the meeting: five minutes per speaker, as many as could be heard in one hour. 12 of the 13 speakers spoke about the nursing home’s possible sale.

The speakers included Steph Carmichael, who works in the county public defender’s office. She came with several of her co-workers.

“We came tonight because we believe that selling the county nursing home is vital to the survival of our office, and many other offices at the courthouse”, said Carmichael.

Carmichael said she and her co-workers fear that if it’s not sold, the nursing home --- which owes millions of dollars to its vendors and to county government --- would be a continued financial burden, forcing Champaign County to lay off staff and programs in other areas, like her office.

“And so, I’m just asking you to do the thing that the voters have already asked you to do, and please, please consider what’s best for the county as a whole”, said Carmichael.

“I don’t think what they voted on was to have the nursing home and the treasure that most people believe it is put up for sale with the strong possibility that the treasure will be ruined”, said Scofield.

The people that Scofield fears may ruin the county nursing home are Altitude Health Services and Extended Care Clinical LLC. These two companies sharing the same address in the Chicago suburb of Evanston, have submitted the only proposal to buy the nursing home, for $11 million, the county’s minimum acceptable purchase price.

“Our family, together with some of the other arms we own or control, we’re probably the largest owner of skilled nursing facilities in the state” said Rothner at a special Champaign County Board meeting held on May 9. “I think it’s instructive that you can understand that there’s life after nursing home being owned by a county.”

Republicans who have long complained about the nursing home’s financial problems are expected to support the Rothner offer. But Democrats who support continued county ownership are suspicious. Working from data compiled by Champaign County Health Consumers, they point to news reports of past problems at many Rothner-owned nursing homes --- from safety violations and failure to pay vendors, to violent attacks on residents some years back at Rothner facilities housing both the elderly and the mentally ill.

County Board member Kyle Patterson is president of the Champaign County Young Democrats, which issued its own statement this week opposing a sale to the Rothner companies.

“And they’ve also, even when they came and spoke to the county board just this month, discussed how they essentially create shell corporations for their different entities so they can divert liabilities”, said Patterson. “And one of the biggest values of the Champaign County Nursing Home is that it is transparent, it is something in the public trust. Selling to a company like this, there’s going to be absolutely no liability.”

Patterson is among those Democrats who believe the nursing home’s finances can improve, and that continued county ownership will ensure better quality of care and greater access for those relying on Medicaid.

But despite the the official opposition to a nursing home sale by the Champaign County Democratic Party, three Democrats running for countywide office have concurred with their Republican counterparts, saying the nursing home must be sold to protect other county services. A statement to that effect was released May 10 by County Executive candidate Darlene Kloeppel, County Auditor candidate George Danos and County Treasurer candidate Laurel Prussing.

Prussing has the same concern that Steph Carmichael voiced at the May 15 Champaign County Board meeting ----  that keeping the nursing home could force Champaign County to cut funding for other government functions.

“The nursing home is not required by law for us to do”, said Prussing, a former Urbana mayor and former Champaign County auditor. “But the other functions are required by law. So it seems kind of unproductive to cut what you’re supposed to be doing, in order to save something that you don’t have to do.”

Some Democrats are expected to join Republicans on the county board in voting to accept the offer to sell the nursing home. But it remains to be seen if the proposal will win the two-thirds supermajority required on this issue. A supermajority on the 22-member board amounts to 15 votes --- perhaps 14, due to the vacancy created in April when Democrat Joshua Hartke resigned to move out of state. Filling that vacancy has been delayed, due to a procedural dispute over the nomination of a replacement by Democratic precinct committee members.

The Champaign County Board holds its regular monthly meeting Thursday evening (May 24) beginning at 6:30 PM at the Brookens Administrative Center in Urbana. 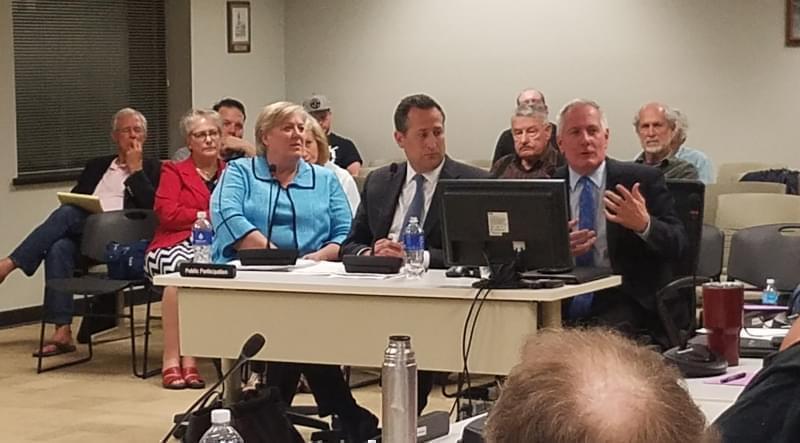 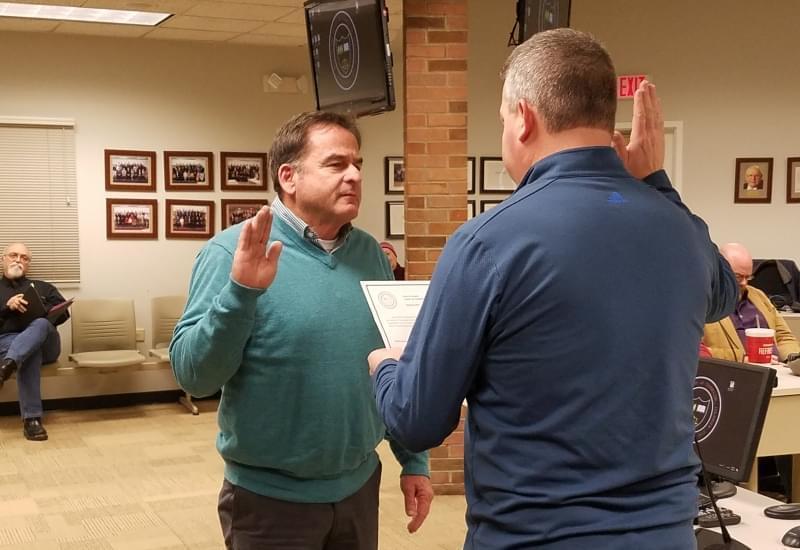 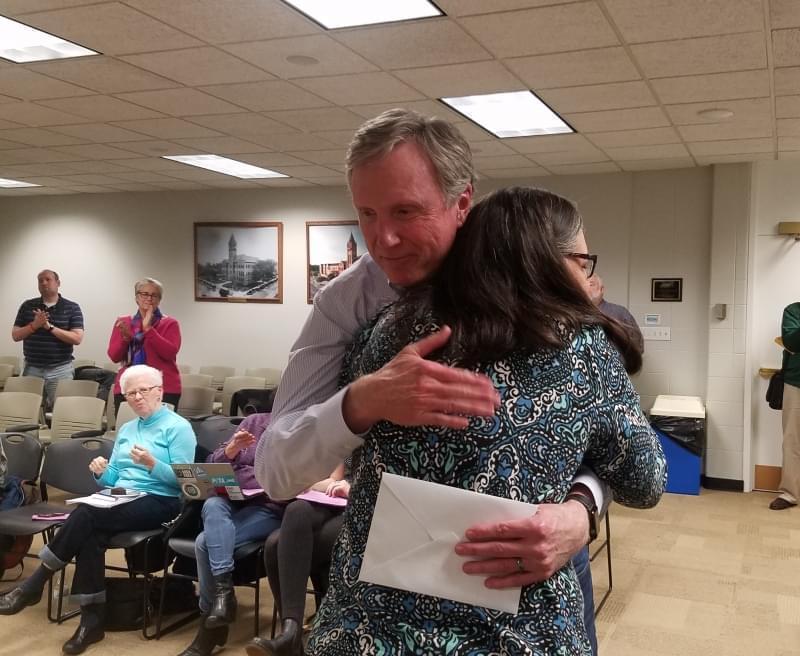