The Champaign County Board voted 13-8 (with one member absent) Tuesday night to approve a nearly $129.7 million budget for Fiscal Year 2018. But officials say the budget is likely to be amended to deal with the county’s financially strapped nursing home.

The budget plan, supported by the county board’s ten Republicans plus three Democrats, spells out just six months of expenditures for the nursing home. But it avoids cuts to programs and staff that might have been necessary across county government, had a full year of supplementary funding been identified for the facility.

The Champaign County Board remains divided, mostly along party lines, over whether the county should put the nursing home up for sale, or give a recently-hired management firm more time to improve its finances.

The county board failed to pass a resolution last month to issue an RFP (Request For Proposals) from potential buyers of the nursing home, even though it’s hired a broker to facilitate the sale. Champaign Democrat Josh Hartke (District 6) says publicity over any impending sale actually hurts the public’s faith in the nursing home.

“Because when that RFP releases, it again sends the signal to the community that it’s for sale, and that kills our ability to up head count and keep good employees,” said Hartke. “And that’s been proven by the fact that it’s all been turned around when we stopped the RFP.”

In recent weeks, the two sides in the Champaign County Board’s nursing home debate have been at a stalemate. Democrats blocked the October proposal to seek proposals from potential buyers. And last week, Republicans with the support of Democrat Pattsi Petrie blocked attempts to lessen the pressure on the nursing to pay back money it owes the county government. For either side to make progress, a few county board members will have to change their minds. It’s something that McGuire thinks is possible.

“Everybody wants to see both the nursing home do well, and the county budget do well on this board,” said McGuire. “And while we may disagree on some issues, we’re trying to serve the public well.” 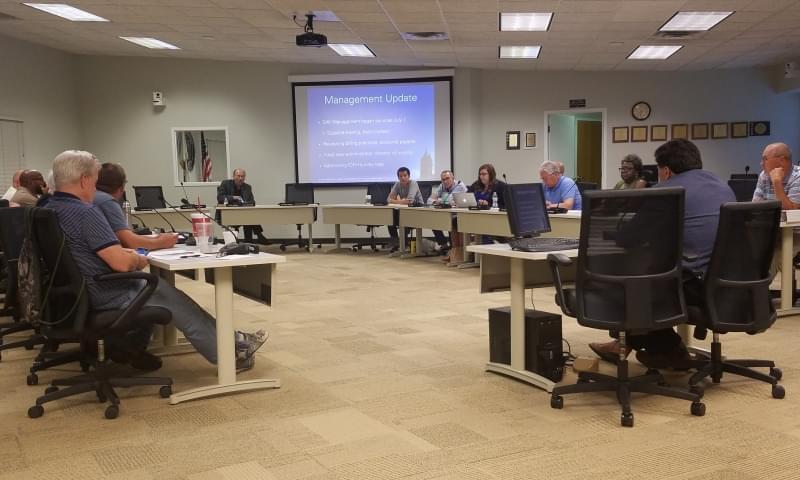