After five months of contract negotiations, the Champaign School Board and the union representing Unit 4 teachers have reached a tentative agreement.

The two sides met for more than eight hours last night, and had been at odds over a host of issues, including salaries and the amount of time teachers are asked to take on non-teaching duties. Contract talks on Monday were supposed to include a federal mediator, but that did not happen because of the partial government shutdown.

Just before 1 a.m., Champaign Federation of Teachers President Cathy Mannen emerged from the Mellon Administrative Building to greet a large group of teachers waiting outside.

“Everything you’ve done all along the way has made a difference, and we couldn’t have done our work tonight without your support – both your encouraging words and just your presence,” Mannen told supporters. “It really mattered. So, thanks so much for hanging out until the end. You guys rock.”

Mannen said the next step is for the CFT to set up a meeting for its members to vote on ratifying the tentative agreement, but she would not provide details about the agreement itself or a timetable for when a vote might happen.

“I trust that our team made a great deal,” said Heidi Bjerke, an instructional technologist with the school district. “There’s no doubt in my mind that they did a good job. So, I’m just interested in hearing what all the details are and voting.”

The school district said it is committed to bringing resolution to the negotiations in a way that is fair and does not disrupt students’ education.

“The board and the administration are very pleased with our discussions,” said School Board President Laurie Bonnett. “CFT will be talking to teachers, and hopefully we’ll be moving forward from that.” 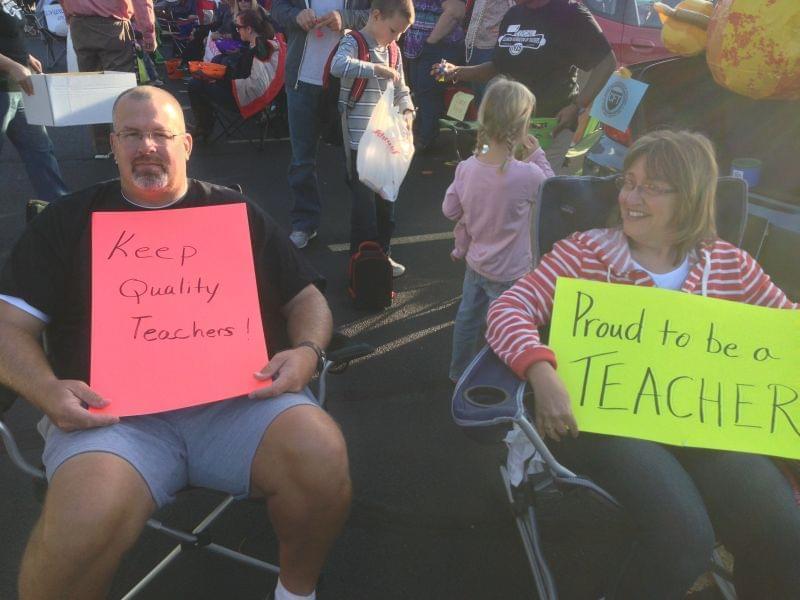